When Beijing picked Carrie Lam to lead Hong Kong in 2017, the chief executive faced a city that was deeply resentful of authorities’ refusal to heed widespread calls for universal suffrage.

Lam had 36 years experience in Hong Kong’s civil service, was the number two leader at the time and viewed the semi-autonomous territory – a former British colony – as an “inseparable part” of China. During the pro-democracy sit-ins of 2014, she had acted as the Hong Kong government’s chief mediator, defending a role for Beijing in vetting or choosing the city’s leader.

She might have lacked charisma and popular appeal, but to the communist party rulers, she seemed like a safe bet.

Her early pledge – to uphold the city’s high degree of autonomy that had been promised on its return to Chinese rule in 1997 – and “heal the divide” caused by “a lot of frustrations” offered a hint that Lam might also be a leader who could help soothe the anxieties of many Hong Kong people.

But four years on, the divides are starker than ever and Hong Kong’s first female leader, has also emerged as its most controversial.

It was Lam who remained determined to push through a mainland extradition law in 2019 even after millions had poured onto the streets in opposition to the plan – a move that fuelled broader protests for democracy – and it was Lam who stood firmly with Beijing in 2020 when it imposed a national security law that cemented mainland control over Hong Kong’s affairs.

But, even as thousands of Hong Kong people emigrate abroad to escape Beijing’s enforced “patriotism” and a crackdown on dissent that has seen dozens of pro-democracy politicians and campaigners arrested, Lam remains steadfast in her belief that she has done what is best for Hong Kong, according to people who have known her personally.

That is despite international censure and sanctions by the United States, imposed on her for undermining Hong Kong’s autonomy.

A high-ranking Western diplomat told Al Jazeera that Lam had said “all the right things” when they met shortly after she became chief executive.

She told the diplomat: “Hong Kongers feel there is nobody speaking for them.”

“This was less about the rich Hong Kong tycoon and a lot more about the man on the street,” said the diplomat. “I think she genuinely wanted to do that. And she spectacularly failed in that effort.”

Lam had campaigned for the chief executive position on promises of more affordable housing and making Hong Kong a “more inclusive society”. While she was less popular among the general public than her opponent John Tsang, the former financial secretary, she went on to secure a majority of votes from a committee of electors stacked with Beijing loyalists.

Raised in a working-class family, Lam’s journey to the top of Hong Kong leadership began when she earned a spot at the University of Hong Kong studying social sciences.

After graduating in 1980, she joined the British colonial civil service and took courses at Cambridge University where she met her husband.

Over the next four decades, Lam steadily rose through the ranks, holding numerous positions in areas such as health, housing, trade and development. In 2012, she was named Chief Secretary, only second in command to Hong Kong’s chief executive.

People who worked with her told Al Jazeera that Lam’s time in the civil service taught her that hard work would solve most problems and instilled in her high expectations of herself and colleagues. As a devout Roman Catholic, Lam took great pride in her public service, even claiming there was a place for her in heaven for “doing the work of righteousness”.

A person who knew Lam as Chief Secretary said she flourished in an environment “requiring a mindset of obedience and conformity”.

“What most people say about her is she has a ‘head girl’ mindset. She doesn’t know how to accept any imperfection in herself or others. She also has to be number one and she’s very inflexible and unwilling or unable to take advice, particularly advice about politics,” said the person who could not be named for professional reasons. “The negative that everyone says about her … is she is politically tone-deaf and she simply doesn’t understand politics.”

Part of the reason may be that Lam, like many in her generation, was never trained for anything beyond a bureaucratic role, says Michael C Davis, a Global Fellow at the Woodrow Wilson International Center in Washington, DC.

“The disease of civil servants everywhere is that they just carry on and do their business. They never receive political training. That’s why opening the door to politicians to get into government and more democratic reform could’ve saved Hong Kong from [its current] debacle,” Davis said. “Because it would then have political leaders who could represent their voters and also stick their fingers in the mouth and hold it up to the wind and figure out which way the wind is blowing.”

Indeed, all except Lam saw the warning signs when she tried to push through the controversial extradition bill in 2019. She argued the bill was prompted by concerns of justice following a controversial murder case involving a young Hong Kong couple in Taiwan.

But people in Hong Kong were already wary of Beijing’s increasing influence over the territory, and many feared the proposed law could erode its judicial independence and expose residents to arbitrary detention and unfair trials in mainland China. Lam, however, ignored the resistance, insisting she was simply closing a “legal loophole”.

The move set off the biggest demonstrations on Chinese territory since the Tiananmen Square protests of 1989 and created the biggest challenge to Beijing’s rule since the city’s 1997 handover.

As police cracked down, protesters’ demands expanded to include an inquiry into alleged police brutality as well as universal suffrage. Some also started to call for Lam’s resignation.

“It was obvious from the word ‘go’ that it was really a disastrous thing to do. Even the pro-establishment was against it because it would allow extradition to China. Hong Kongers were already seeing Beijing flexing its muscles in Hong Kong and this was absolutely out of the question,” said the diplomat.

“This was when the stubbornness and unwillingness to listen really let her down and that lack of political skill. She basically just tried to drive it through and that led to the protests. She could have, I firmly believe, nipped the problem in the bud then. She would’ve had to do two things: one was withdraw the bill and second was agree to an inquiry into police behaviour.”

In the midst of the turmoil, Lam was recorded at a private event saying she would quit if she had a “choice” and felt torn between serving her “two masters” – the people of Hong Kong and the central government in Beijing. She said it left her with “very, very, very limited” room for manoeuvre.

She also admitted that her desire to change Hong Kong’s laws had “proven to be very unwise” given the “huge degree of fear and anxiety amongst people of Hong Kong vis-a-vis the mainland of China, which we were not sensitive enough to feel and grasp”.

Lam ultimately shelved the bill, but the protests dragged on for months and escalated into increasingly violent confrontations between riot police and helmeted protesters. The demonstrations came to a halt only in early 2020 following the coronavirus outbreak in China, but were shut down for good in June that year when Beijing imposed national security legislation. The sweeping law criminalises anything Beijing deems secession, subversion, terrorism or collusion with foreign forces with up to life in jail.

Beijing’s decision to take control of the situation may have even come as a relief for Lam, said the diplomat, allowing her to fall back on her familiar playbook of the hardworking technocrat.

But not without taking a toll, according to her supporters.

“What [Lam’s] gone through in 2019 and 2020, it’s been very tough for her,” said Bernard Chan, who sits on Hong Kong’s executive council and served as Lam’s campaign manager in 2017. “You can imagine that it wasn’t easy for any leader to have to go through months of unrest and then a COVID-19 lockdown … not to mention she’s been sanctioned. You can imagine the stress put on her is unthinkable and that she has to take it all on herself.”

But Chan said he did not doubt Lam’s intentions to do good for Hong Kong.

“She always has a Hong Kong heart,” he said. “She wants to do something good for the country and good for Hong Kong.”

Critics, however, say Lam appears to have fully embraced Beijing’s priorities over those of the Hong Kong people.

Martin Lee, a veteran democracy leader who is now in jail over protest-related convictions, said in an April interview with The Hindu newspaper: “Through the protests in 2019, did we ever see Carrie Lam defend Hong Kong’s system?

“She should have been defending the Basic Law [the city’s mini-constitution] and Hong Kong’s high degree of autonomy, but instead she was happily sitting with Beijing.”

Since the protests, public statements from Lam and the government of Hong Kong have taken on a sharper patriotic tone, frequently referring to China as the “motherland”. Many of Hong Kong’s most prominent pro-democracy politicians, activists and journalists have been arrested on national security charges – some 128 people now face life in jail over accusations of subversion or collusion with foreign forces.

In the press, Lam has remained unbowed, telling the South China Morning Post last November that she does not feel guilty for trying to push through the extradition bill because she had done “no wrong”.

“I think in her mind, she probably concluded that greater integration with China is inevitable,” Tai Wei Lim, a research fellow adjunct at the National University of Singapore East Asian Institute, told Al Jazeera.

Lim says the events that unfolded during Lam’s tenure may well spell the end for Hong Kong’s political and economic “exceptionalism” and hasten its absorption into the country’s Greater Bay Area project – an ambitious megalopolis that will unite nine cities of southern China into a single economic powerhouse. In this context, he says Lam may even be preparing for a future role representing Hong Kong within the Chinese Communist Party.

While Lam’s support for closer ties with the mainland is nothing new, her complete disregard for core Hong Kong values – steeped in the rule of law and freedoms, including free speech and media – has still stunned some observers.

“It’s kind of perplexing that these [Hong Kong] officials don’t seem to have any retention of the open liberal values they were raised under,” said Davis, the Woodrow Wilson fellow.

“You don’t know whether they just sold their souls for whatever benefit they get or whether they’ve been converted and believe whatever Beijing wants them to believe.” 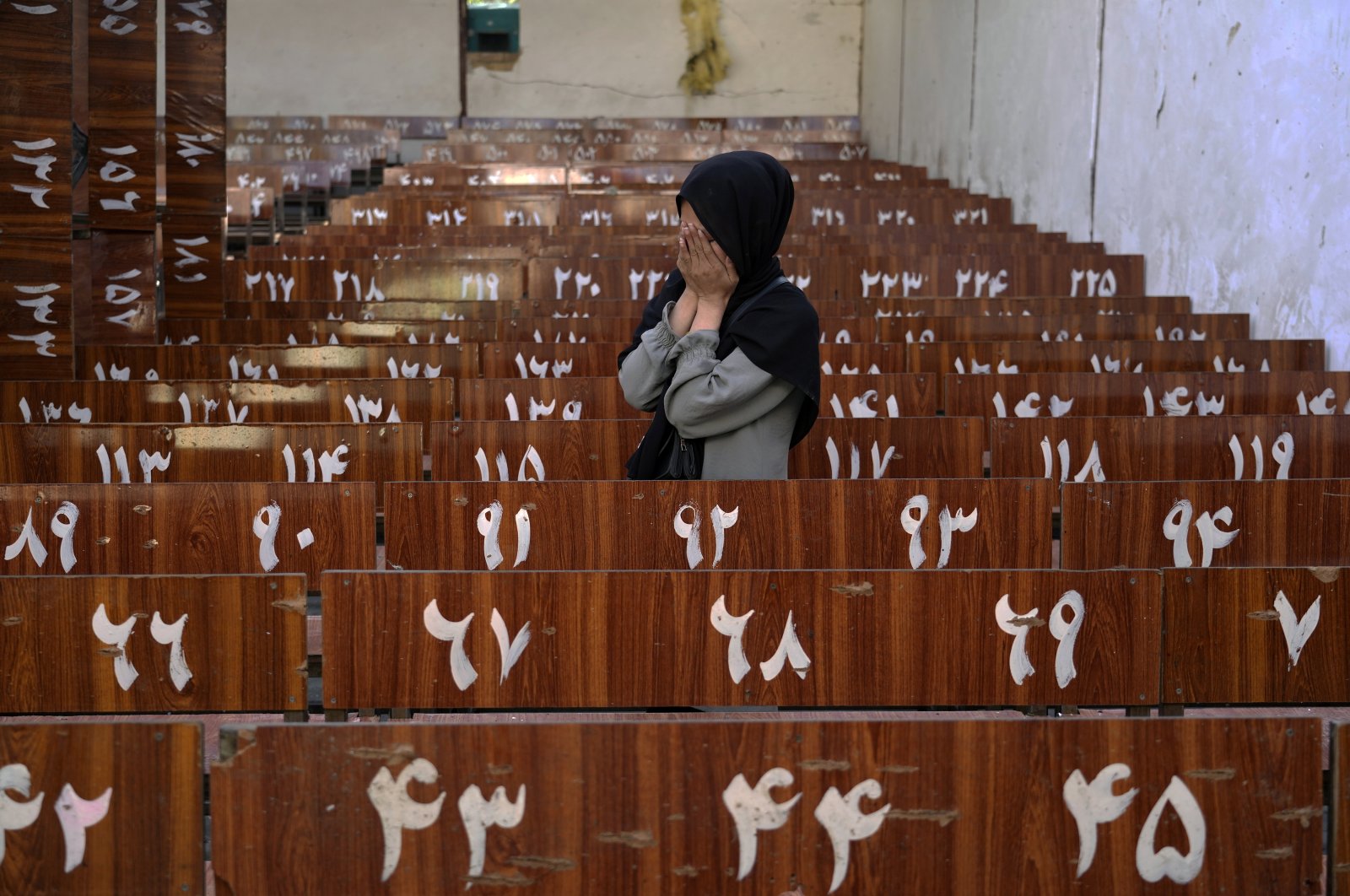 Hoshab: 4 terrorists were killed in an operation on secret information of the security forces