Accountability court judge Rana Nasir Javed heard the arguments before reserving his judgment. The judge declared that the reference exceeded the court’s jurisdiction.Former president and PPP co-chairman Zardari, his sister Faryal Talpur and other accused face charges of corruption through fake bank accounts and embezzlement in the financial facility for Park Lane Private Limited and Parthenon (Pvt) Limited.

The Park Lane case being investigated under different sections of the National Accountability Ordinance (NAO) 1999, and the Anti-Money Laundering Act, 2010, over Zardari’s alleged involvement in a loan and its misappropriation by Parthenon Private Limited. The main reference in the Park Lane case accused Zardari of influencing relevant authorities during his tenure as the president – from 2008 to 2013 – to obtain loans for his front companies. The former president allegedly received a loan of Rs1.5 billion released for Parthenon Private Limited “with ill intention”, and the money was later transferred for his personal use through fake bank accounts.A petition filed by Zardari on Tuesday last had stated that the case is not in the jurisdiction of the accountability court after the NAB law amendment in 2022. The court should either send the reference back to NAB or acquit him, the petitioner told the court. Zardari’s counsel Farooq H. Naik appeared before the court, which reserved its decision after arguments of the two sides. The Islamabad High Court has ruled recently in Adam Amin Chaudhry’s case that a reference could not be taken back. the cases only to be transferred to other relevant courts, the judge remarked. 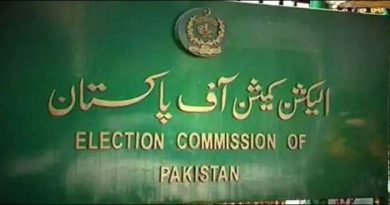 2 players I trust to bet this clay season