The terrorists were preparing an attack on Turkish troops stationed in areas where Operations Euphrates Shield and Spring Peace are being conducted, the ministry said.

“Turkish troops continue retaliating in fold against the terrorists’ attempts to attack and harass,” it added.

Ankara launched Operation Euphrates Shield in 2016, its first cross-border operation into northern Syria, to decimate terrorist organizations threatening its safety, targeting Daesh, the PKK terrorist group, and the PKK’s Syrian wing, the YPG. As part of the operation, Turkish forces have eliminated thousands of PKK/YPG terrorists in the region.

Euphrates Shield was followed by Olive Branch in 2018 and Peace Spring in 2019, with the exact purpose of quashing the terror corridor the groups have been trying to establish alongside Türkiye’s southern border, bringing peace to the region and facilitating the safe return of displaced locals.

The PKK – designated as a terrorist organization in the United States, the European Union and Türkiye – has been waging a bloody terrorist campaign against the country for four decades, attacking security personnel and civilians. It has been responsible for the deaths of over 40,000 people since 1984, with its massacres peaking in the 1990s.

Since the forces of Syrian regime leader Bashar Assad withdrew in 2012, the PKK/YPG has been controlling much of northeastern Syria, prompting Türkiye to lead an intense counteroffensive at home and in the region.

Just last week, Turkish troops eliminated 11 other YPG/PKK terrorists in retaliation for rockets fired into its border with Syria.

“PKK/YPG terrorists carried out a multi-barrel rocket attack from Tal Rifaat to the area of our Öncüpınar Border Post. While there was no damage/loss in our units, the terrorist targets were hit strongly within the scope of self-defense,” the ministry said. 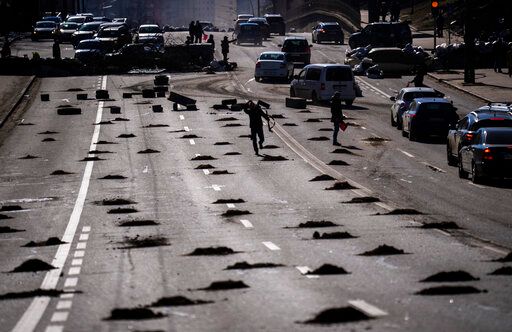 Muslims in Germany worry over surge in Islamophobic attacks