It’s a fair bet you don’t know who Jokin Aperribay is. If I brought the diminutive 56-year-old over to you at a drinks party and introduced him as the branch manager of a small countryside bank, or the boss of a bakery chain, you’d instantly buy it. But appearances can deceive — the “Angel of the Anoeta” is responsible for great football achievements in San Sebastian, one of Spain’s most beautiful cities.

The Real Sociedad president has taken the club by the scruff of the neck and hauled them away from financial ruin, out of the second division, and to a position where you can mention them in the same breath as Barcelona and Real Madrid as potential LaLiga winners. Yet that’s not even close to the sum of Aperribay’s achievements.

When La Real last won Spain’s top division, in 1982, they played in a now-mythical little stadium called Atocha. It was hostile to visiting teams, passionately loyal to the Txuri Urdin (Blue and Whites), usually muddy, horrible for opponents, noisy and deeply traditional. When it was replaced, partly due to dilapidation, partly because the maximum capacity never reached 30,000, La Real made a mistake. They moved to the bowl-like, personality-free Anoeta stadium where the running track around the pitch not only drained what little atmosphere there was but seemed to physically symbolise the detachment between club, players and fans. Horrible.

Now look at the place. With financial help, most of which he galvanised, Aperribay has made the reborn Anoeta, currently known as Reale Arena, absolutely gorgeous. You can easily walk to it from the city centre and it’s surrounded by bars and restaurants. The home fans absolutely adore their new HQ, which is aesthetically attractive but, crucially, close to the pitch because there’s no running track. And because the team are playing well the stands are boisterously raucous. An utter and total transformation.

In the recent Basque derbi, when Real Sociedad thrillingly picked Athletic Club apart and won 3-1, we were treated to a common sight. Everyone in the stadium, men, women, grandmothers, youths, the well-dressed and the radical Ultras, turned their backs to the pitch, linked up with arms around the next person’s shoulders and bounced up and down while singing at the top of their voices.

It’s called “The Poznan” and you’ve maybe seen it before, but for this once staid and tepid fanbase to be so convulsed by pride in their team, hope for the future, and sheer joy in the way Imanol Aguacil’s side play … it’s a marvellous sight. Honestly.

Finally, if we’re admiring the crown jewels of President Aperribay’s 14-year reign, there’s the youth academy. Named Zubieta, after the suburb where it’s located, La Real have, while doing everything else right at the same time, somehow managed to find a goose which keeps on laying golden eggs.

When, in 1989, Real Sociedad abandoned the idea which they then shared with Athletic that only Basques could play for their club, it was decision which became an open wound. It didn’t bring any trophy success, nor notable advancement as a football outfit, it decreased their prestige and it allowed Athletic, snootily, to take sole control of the “higher ground” via which they soaked up adoration and admiration from around the world. Appreciation for which Real Sociedad were no longer eligible.

But look at them now. In the last couple of seasons the first team have been able to hoover up new recruit after new recruit from Zubieta’s academy teams. Almost all of them have looked comfortable at the top level and of Imanol’s 20 most-used players this season, 16 are Spanish, nine of whom are Basque, and over half are from La Real‘s phenomenal academy. Just bubbling under those 20 players this season are eight more Spaniards, seven of whom are Basque and all of whom are developed by Zubieta.

All in all, Real Sociedad is in an idyllic state. If the majority of fans around the world sat down and wrote a blueprint of how they’d like the club they love to earn success, La Real‘s template would be what they came up with.

No longer gazing west with jealousy towards their (usually dominant) Basque neighbour, Athletic, who’ve been more successful and more feted in recent decades. No massively controversial wealthy foreign owner like Newcastle (who filled La Real‘s coffers when signing Alexander Isak for €70 million last season) or spendthrift Chelsea who, like Arsenal, reportedly want to pay Martin Zubimendi‘s €60m release clause. (Though in the current market, the pivote midfielder, who turns 24 early next month, is worth much more.)

No doubts about maintaining a steady course as coach (Imanol), president (Aperribay) and director of football (Robert Olabe) are all committed to the club for the foreseeable future. Aperribay was recently re-elected for another five years (46,000 members voted and he won 99,84% support); Olabe just signed a new contract until 2026, while coach Imanol’s deal lasts until 2025.

Little wonder Zubimendi told Marca recently: “Our idea at Real Sociedad is to attack the traditional top four in LaLiga”

Now, however, facts are facts.

Real Sociedad face Barcelona on Thursday (stream live on ESPN+ in the U.S. at 3 p.m. ET) for a place in Copa del Rey semifinals. How they’d love to repeat their Copa triumph of 2020 when, glory of glories, they beat Athletic Club 1-0 in the final. However, the last time they won at Camp Nou all of their scorers were English (Liverpool legend John Aldridge, plus the late Dalian Atkinson) because it was 31 years ago.

A few days after that quarterfinal the Txuri Urdin, who are three points off second place in LaLiga, go to the Bernabeu to confront an unpredictable, but still favourite Real Madrid. Yet if Real Sociedad are somehow to win the Spanish title for the first time in nearly half a century they need to live up to Zubimendi’s words and beat the current champions. Like winning at Camp Nou: it’s not something the club are particularly used to doing. But Imanol’s team, where 37-year-old magician David Silva‘s tricks remain the elixir for some remarkable results, do at least have a win and a draw in their last four visits to Los Blancos’ HQ.

Aperribay recently announced: “In La Liga we want to consistently be in the European places but fighting with the maximum ambition. We have to do our work right until we are champions again. We must NEVER think that there are dreams beyond our reach or that winning the title is “something for other clubs.”

It’s a legitimate query, for those in blue and white who think that this squad has outside title potential, as to where the killer goals might come from? Not since Nihat Kahveci, 20 years ago, have La Real had someone who bulged the net with elite regularity. (The Turkey international scored 23 times in LaLiga and Real Sociedad finished second, two points off the top, in 2002-03.)

RB Leipzig loanee Alexander Sorloth, who’ll torment Spain for Norway (alongside with Erling Haaland and Martin Odegaard) when qualification for Euro 2024 begins in March, is looking as confident and dangerous as at any time in his nine-club career with eight goals in 14 games. But his record since plundering 24 in 34 on loan at Trabzonspor in Turkey three years ago is still variable.

Takefusa Kubo is utterly transformed from the thrilling-yet-peripheral figure he was at Getafe, Villarreal and Mallorca, but his strike rate is about four goals per season. Mikel Oyarzabal is the real deal — the club’s best, most influential and important footballer — but he’s never been anything like prolific in front of goal and is fighting back from a year out after the first major injury of his career. He would do miraculously to approach his average of around 11 goals a season between now and June.

Given Madrid are far less ruthless than last season and Barcelona are still a project in construction, it’s not impossible that La Real come out on top of LaLiga, but it’s certainly unlikely.

Then, of course given the nirvana that’s taking place in San Sebastian, there’s the European challenge. Real Sociedad don’t even know their next Europa League rival because, unlike Barcelona, Manchester United, Juventus, PSV, Sevilla, Monaco, Bayer Leverkusen and Ajax et al, they’ve gone straight to the round of 16 having won their group.

The last few seasons have seen La Real gain maturity and confidence in Europe, plus they have learned a lot from their 4-0 thrashing in the first leg against Manchester United two years ago.

This year’s Europa League final is in Budapest. Silva, Kubo, Oyarzabal, Zubimendi, Sorloth and company are just three good performances away from getting there and exceeding the European Cup semifinal of 1983 which remains the furthest the Txuri Urdin have marched in European football.

This is the beginning of the trickiest part of Aperribay’s odyssey. Real Sociedad have built quietly, intelligently and consistently, but now they must fight off transfer bids for their best players from a legion of bigger clubs, all of whom could easily pay five or six times what they are on now. And the other brutal task, always, is converting potential into outright victory.

Another trophy this season isn’t out of the question and anyone who’s tired of petrodollar-laden nation-state clubs punching it out with traditional behemoth clubs from gigantic cities who can carry monstrous debt should get behind La Real and pray that they pull it off. If you choose to do that then, above all, they’ll give you fun, thrills and honest endeavour. What price on that? Well played president Aperribay. 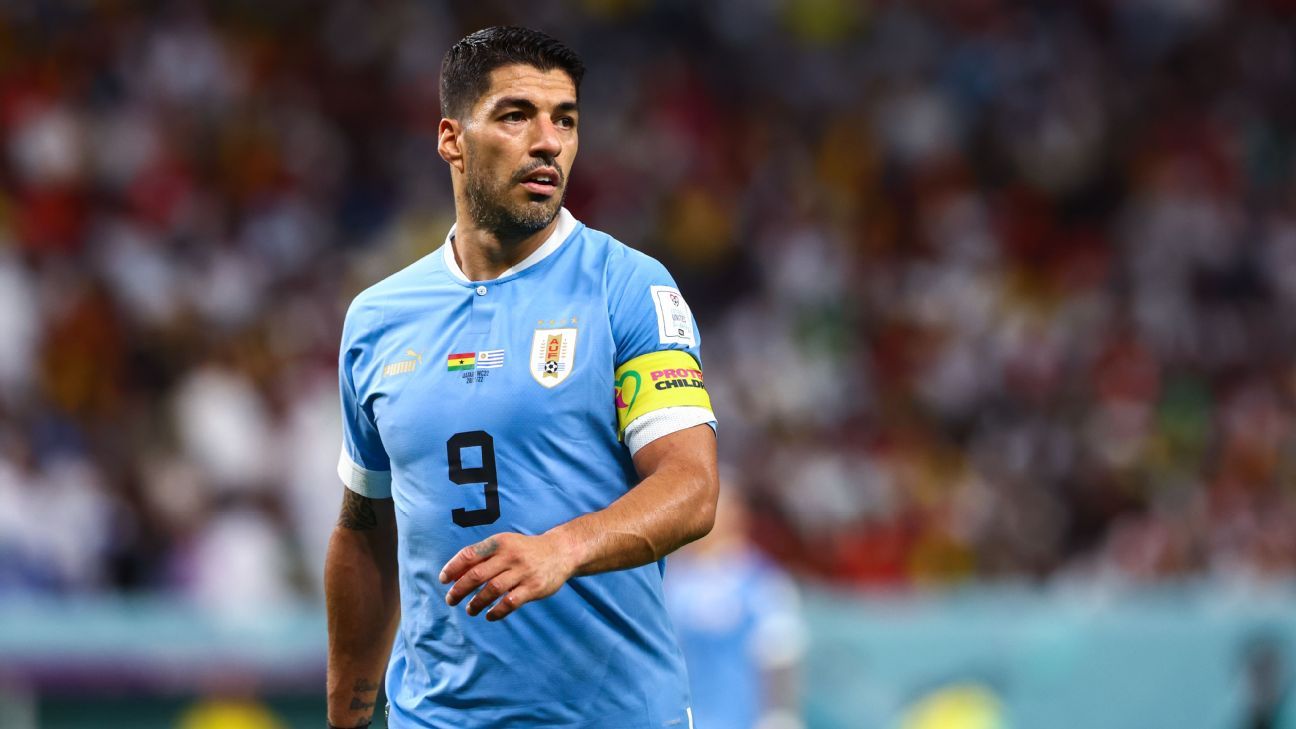 Could American owners push the Premier League to be more like the profitable NFL?