On the afternoon of January 10, Van Bawi Mang, a member of an armed resistance group fighting against the Myanmar military, was resting in his barracks at a camp on the country’s northwestern border with India when a loud explosion jolted him back to the reality of war.

He scrambled into a nearby ditch as jet fighters flew overhead, glass shattering with the reverberation of the falling bombs.

The camp, known as Camp Victoria, serves as the headquarters of the Chin National Front (CNF), an ethnic armed organisation that resumed its dormant fight for autonomy after the Myanmar military seized power in a coup in February 2021.

The CNF has also aligned itself with the nationwide pro-democracy movement, fighting alongside newer resistance groups formed in response to the coup.

Even after the jets retreated on January 10, Van Bawi Mang and his comrades spent a sleepless night huddling in ditches and bunkers across the camp, fearing more attacks.

The night passed without further incident but the military struck again the following afternoon. In total, five CNF members were killed in the two attacks and there was significant damage to the camp’s buildings, including housing for families and a medical centre.

The Myanmar military has not issued any statement about the attacks, which come amid a months-long escalation in fighting in Chin State. Although the military has scaled up its use of airstrikes in recent months, the incident marks the first it has aimed at a resistance group’s headquarters.

The attacks not only highlight the generals’ increasingly brazen attempts to root out resistance to their rule, but also their willingness to venture close to the country’s western borders to do so.

Camp Victoria sits adjacent to the Tiau river, which separates Myanmar from the Indian state of Mizoram. The latest attack violated Indian airspace and soil, according to the CNF, local Mizo organisations, and the international research and advocacy organisation Fortify Rights.

Myanmar Witness, an independent nonprofit that uses open-source data to investigate human rights incidents, found the attacks were an “almost certain breach of Indian airspace” as well as a “likely attack on Indian sovereign territory”.

This claim was also made by the National Unity Government, the Myanmar administration made up of elected politicians removed in the coup and other pro-democracy figures. In a January 17 statement, the administration called on neighbouring countries to block the military’s use of their airspace “in the interests of regional peace and security and the protection of civilians”.

During a media briefing on January 19, India’s foreign ministry spokesperson denied reports that Myanmar’s military had encroached into its airspace but acknowledged that a bomb had landed in the Tiau riverbed near Farkawn village in Mizoram’s Champhai district.

“Such incidents near our border are of concern to us,” said the spokesperson, adding that the ministry had “taken up the matter with Myanmar side”.

In Mizoram, meanwhile, the attacks have not only prompted expressions of solidarity, including a music concert, but outrage among local organisations. Mizo people share a close ethnic affinity with their Chin neighbours and, since the coup, the state has taken in more than 40,000 refugees despite a lack of funding support from the central government.

The bombings also appear to have further galvanised the Chin resistance. “We can sleep anywhere. We can rebuild our camp again. That’s not the main thing,” said Van Bawi Mang.

“ [The military] thinks their bombs can defeat us, but they are wrong. The main thing is the spirit, the ownership of the land…That will be our main weapon.”

More attacks from the air

[Below, could we please say when this was that the military gunned down hundreds of protesters?

The military’s attempts to destroy resistance to its power have similarly backfired since the coup. When the military gunned down hundreds of unarmed protesters, it only strengthened the armed resistance. The military has retaliated by raiding, burning and bombing villages, but resistance forces have continued to gather momentum.

In response, the military appears to have stepped up its use of air attacks – a forthcoming report from Myanmar Witness, based on an analysis of open-source data, shows increased reporting of such strikes in the latter part of 2022.

Shona Loong, a lecturer at the University of Zurich who specialises in the political geography of armed conflict, told Al Jazeera that the military’s bombing of Camp Victoria illustrates an approach it has used for decades to try to quell resistance in the country’s border areas, where a few ethnic armed organisations are based.

“The recent airstrikes still testify to the military’s view of Chin resistance forces as ‘terrorists’ that must be crushed, even if doing so incurs a significant civilian toll,” she said, adding that the attacks were likely to “energise the resistance even further”.

As in many military attacks, the bombing of Camp Victoria affected several civilian targets, including a hospital whose roof was marked with a red cross, recognised as a symbol of protection under international humanitarian law.

A doctor who helped establish the facility and spoke on condition of anonymity due to safety concerns said that since opening in August 2021, the hospital had served more than 5,000 patients, most of them civilians from either side of the India-Myanmar border.

“We chose Camp Victoria because, without aerial attacks, it is the safest place across Chin State,” he said. “We didn’t think that such an inhuman act as a bomb blast on a civil hospital would happen.”

In response to the bombings, the CNF said it condemned “in the strongest terms the brutal and cowardly acts”.

The bombings, it said in a statement published on January 13, have “made it impossible for a reversal of course for the ongoing revolution”.

According to an estimate by the Armed Conflict Location and Event Data Project, an international crisis-mapping nonprofit, more than 30,000 people have died in political violence in Myanmar since the coup.

Salai Za Uk Ling, deputy director of the Chin Human Rights Organisation, told Al Jazeera he expected a “marked escalation” of the conflict in Chin State and that the attacks were “naive given how determined and committed the Chin resistance has been from the beginning”.

The attacks, which forced some 250 more people to flee across the border, also have implications in Mizoram. Since the coup, community groups have organised a grassroots humanitarian response to the influx of refugees.

But while Mizo communities have welcomed the new arrivals, the Camp Victoria bombings have caused alarm for different reasons.

C Lalramliana, president of the Farkawn Village Council, told Al Jazeera that as of a week after the bombing, villagers seemed to be avoiding the Tiau River unless they absolutely had to go there.

Two men who were collecting sand from the riverbank on January 10 said the Myanmar attacks had endangered their lives.

TC Lalhmangaihsanga was loading sand onto his truck when he heard three bomb blasts. The third, he said, landed about 50 metres (164 ft) from his truck – a piece of shrapnel piercing through the metal driver’s cabin wall from the rear, travelling through the driver’s headrest and shattering the windscreen.

Vanlalmuana Hramlo, who owns and drives a tractor, was on his way back to his village with a load of sand when he heard the explosions. “I was scared that as we were driving uphill, [the Myanmar military] might think we were fleeing and they might shoot at us,” he said.

Mizo community organisations have strongly spoken out against the attacks.

“It is a painful assault on our great motherland, India, by jet fighters frightening and terrifying Indian farmers, sand loaders and the common people,” said a statement from a regional affiliate of the Young Mizo Association (YMA), one of the state’s most influential groups.

A committee made up of six Mizo organisations, including the YMA, meanwhile, described the bombings as “an act of disrespect and direct challenge of the sovereignty of India and violation of human rights of Indian citizens in general and Mizo people in particular”.

The statements reflect a broader dissonance in responses to the coup from Mizoram and the central Indian government.

The Mizoram State government has from the beginning expressed solidarity with the people of Myanmar and offered a safe haven to refugees. The central government, in contrast, initially sought to “prevent a possible influx” of refugees into the country’s northeastern states and has maintained diplomatic ties with Myanmar’s top military generals.

Angshuman Choudhury, an associate fellow at the Centre for Policy Research in New Delhi who focuses on Myanmar and northeast India, told Al Jazeera that the Camp Victoria bombings were unlikely to push India’s central government to change its policies towards Myanmar.

“Over the last one year or so, the Indian government has consolidated its relationship with the Myanmar military regime in order to advance its own economic and strategic interests,” he said. “One bombing incident along the border is unlikely to put any dent on that.”

Engage with the resistance

Leading up to the Camp Victoria attacks, the CNF had been warning about the danger of such an incident. On November 2, a military reconnaissance plane flew over the camp; classified military documents leaked the same week revealed its plans to attack 14 of the camp’s buildings.

Members of the Chin resistance told Al Jazeera that the Indian government’s initial silence following the bombings had led to distrust and a sense of abandonment.

Nonetheless, the CNF offered an olive branch in its January 13 statement.

“Our neighbouring countries should realise that business as usual with the military junta is neither sustainable nor strategic for their long-term interests. The future belongs to the people and the revolution,” it said.

Chin resistance leaders told Al Jazeera they hoped to be able to engage positively with India in the near future.

“We believe that India is also responsible for our survival and our fight for freedom, as a good neighbour and also a democratic country,” said Salai Ceu Bik Thawng, an advisor to the CNF. “It would be very welcome if they could support.”

Sui Khar, the CNF’s vice chairman-3, said he hoped India would recognise that it stood to gain by engaging with Myanmar’s resistance.

“India should also realise that they cannot achieve their policies, their goals only just having a good relationship with Naypyidaw,” he said, referring to the grand capital the generals built for themselves during a previous military regime.

“They have to engage with other stakeholders.” 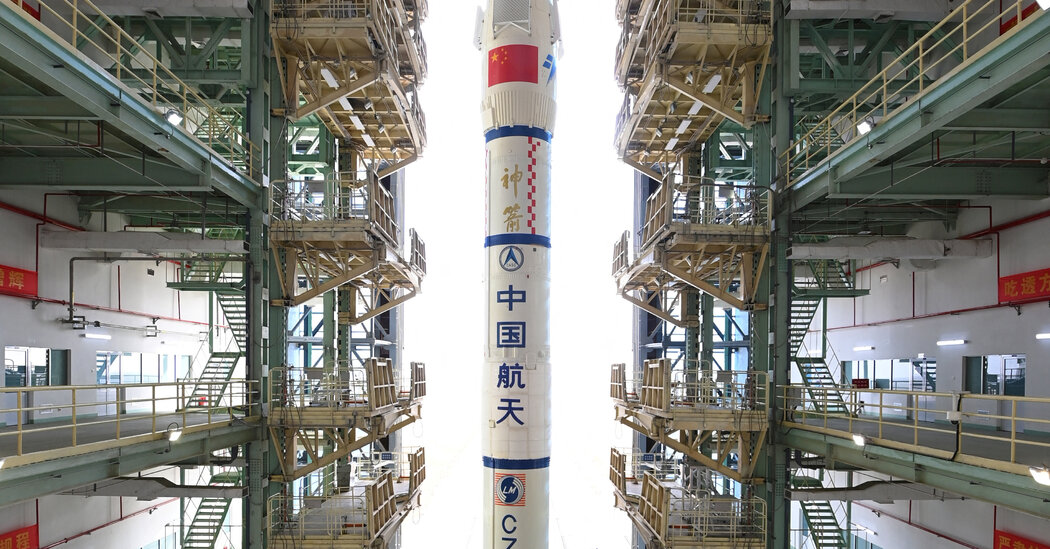 China to Launch 3 Astronauts to New Space Station: How to Watch

At least 7 students killed as violence strikes 2 US universities 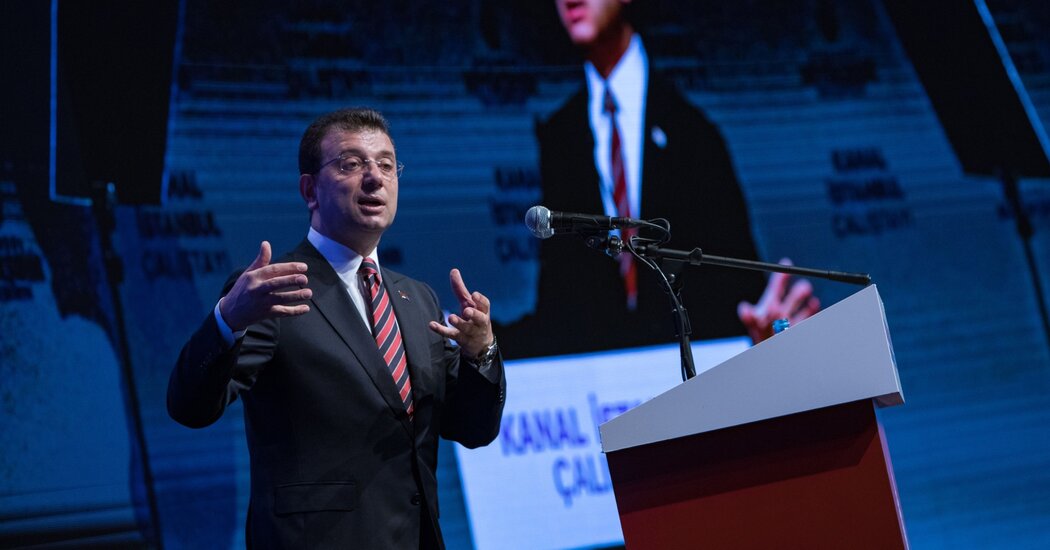