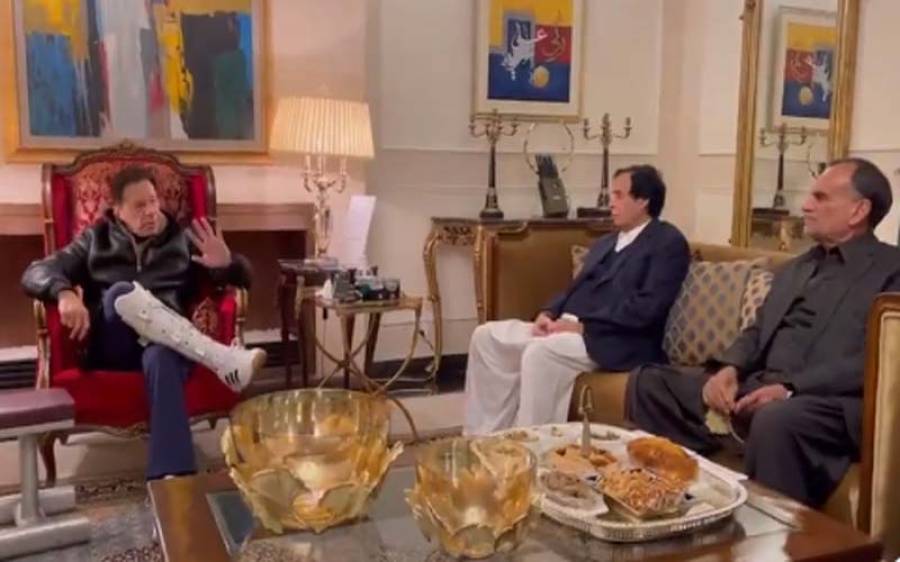 Lahore (Daily Pakistan Online) Tehreek-e-Insaf Chairman Imran Khan and former Punjab Chief Minister Pervez Elahi agreed to challenge the appointment of Caretaker Chief Minister Mohsin Naqvi during an important meeting. The inside story of the meeting was revealed, during the meeting, the strategy related to the upcoming elections was discussed in detail while the latest political situation of Punjab was also discussed. Consultations with party leaders and lawyers regarding challenging the appointment of Caretaker Chief Minister Punjab Mohsin Naqvi in ​​court have been completed. Former Advocate General Punjab Ahmed Owais also briefed Chairman Tehreek-e-Insaf on legal and constitutional provisions, after which Imran Khan and Parvez Elahi have decided to approach the court tomorrow (Wednesday) on the matter.