But the excellence of Azarenka from the opening point soon had the American under pressure in what was a particularly hard-fought opening set.

The pair are close friends and practise partners, and it was evident Azarenka had a handle on the flat-striking style of a rival who toppled Swiatek in the recent United Cup.

But the first set lasted longer than an hour and was a close affair, even though the 24th seed had dashed to a 3-0 lead.

The Belarusian showed more poise on critical points early on but Pegula, 28, was able to find a footing after a lengthy fourth game in which she saved five break points.

The longer the set went, the more the momentum seemed to swing her way. Azarenka held two set points at 5-3, but was unable to close it out as her rival kept pressing hard in rallies.

But having fought to get the opening set back on serve, the third seed squandered her following service game in meek fashion to gift the former world No. 1 the opening set.

That set the tone for the second set. Azarenka blossomed further as her rival wilted.

After a testing 2022, Azarenka said she changed her approach during pre-season training and opened her mind to new methods which are clearly helping her early season form.

“I wasn’t there mentally to go out there. I played with a lot of fear and anxiety,” she said.

“It really was difficult to be brave and to … make the right choices in important moments when you feel anxious and hesitant.

“When you achieve great success sometimes you become conservative and more hesitant to try new things.”

Elena Rybakina is the Wimbledon champion who started her Australian Open campaign on Melbourne Park’s equivalent of off-Broadway – the outskirts of court 13 back in round one.

All of a sudden, Rybakina, however, is just two more wins away from a second grand slam title and, as the 22nd seed, has made something of an understated path to the final four in Melbourne.

What makes Rybakina’s career story particularly interesting is that when her moment to shine came at the All-England Club last year, the Russian-born player was triumphant while players representing Russia and Belarus were banned.

Rybakina represents Kazakhstan and has done so since 2018. But her allegiance piques curiosity, naturally enough.

Asked about the origins of her fan base while she’s playing the Australian Open, where Russian and Belarusian players are free to compete but without any overt reference to their nationality, however, Rybakina said: “I think I get a lot of support around the world, but mostly I think that it’s from Kazakhstan, for sure.

“Tough to say for me, because the best support … like first feeling where I really got a lot of support was at the Olympics when I played and there was no crowd there, but just receiving all the messages and everything.

“So I think it’s a little bit from everywhere, but mostly from Kazakhstan.”

Remarkably enough, Rybakina could yet go close to being the highest ranked player in Saturday night’s final, depending on other results, of course, but with unseeded players Magda Linette and Donna Vekic among the title contenders.

The Wimbledon triumph was hard-earned, for Rybakina came from one set behind against Australia’s Ajla Tomljanovic and then, most memorably, against Ons Jabeur in last July’s final on the London grass.

“I had [a] tough period before Wimbledon in the sense I was very tired mentally,” Rybakina remembered about her first slam.

“I played a lot of tournaments, so I was not at my best and I took a break. So, it was kind of not really expected win at Wimbledon.

“But here it’s different because, first of all, I already did it [win a major] once and, of course, I got confident that I can do it again.

“I did really good preparation with the team. I’m not really surprised with the results. I’m happy. I’m just hungry to work and improve more.”

She agrees her mindset is right at Melbourne’s season-starting major.

“I think, of course, I got all the experience at Wimbledon, and it’s helping me now this time here in Australia and I know what to expect,” she said.

“For sure, it’s just easier in this case after Wimbledon. Feeling good on the court and just really enjoying every match I’m playing here.”

Ostapenko was happy to store the benefits after a first major quarter-final since 2018.

“I can take only positive things out of here because I feel my game was really good all the matches,” said the Latvian.

“Except maybe today was not really there, and she had a good day. I think I will play better if I do the right things.”

Italy’s cup hopes hang by a thread after injury woes 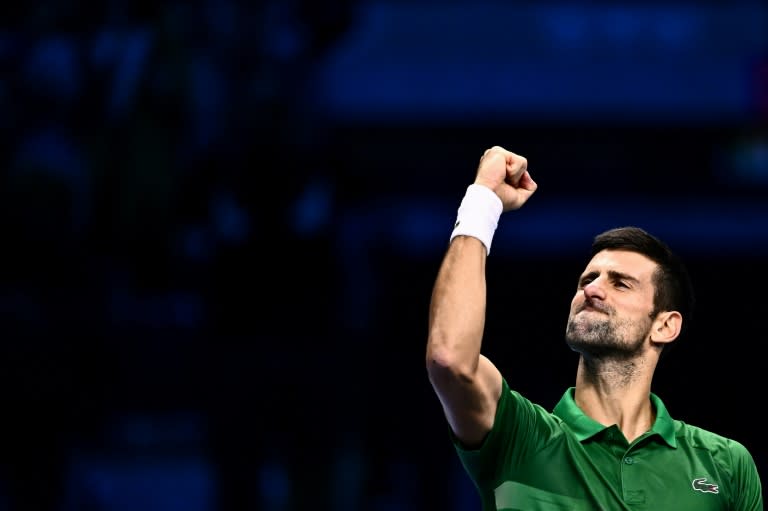 ‘Half a second from death’: When skydiving from a blimp and Sydney to Hobart collide