Russia and Estonia on Monday were expelling the ambassadors from each other’s countries in a tit-for-tat move, saying that their diplomatic missions will be headed by charges d’affaires.

The Russian Foreign Ministry summoned Estonian Ambassador Margus Laidre and ordered him to leave the country by Feb. 7.

The statement issued by the ministry said that Estonia’s diplomatic representation from now on will be downgraded to a charge d’affaires that heads the European Union country’s mission in Moscow.

The ministry said that the move was made in retaliation for Estonia’s “new unfriendly step to radically reduce the size of the Russian Embassy in Tallinn.”

In response, Estonian Foreign Minister Urmas Reinsalu said that the Russian ambassador will leave on Feb. 7 too, in accordance with “the principle of parity.”

The Estonian Foreign Ministry earlier this month ordered Russia to reduce the number of its embassy staff to eight diplomats and 15 administrative, technical and service staff members in order to “reach parity in embassy staff” by Feb. 1.

Estonia has reduced its bilateral relations with Moscow “to the absolute minimum” since the Kremlin sent troops into Ukraine, Reinsalu said in a statement on Jan. 11. “Now we are setting a limit to the number of Russian diplomats working in Estonia in order to achieve parity. Today’s step is in correlation with the low point of our relations in general,” he said.

The Russian Foreign Ministry said Monday that “the Estonian leadership has purposefully destroyed the entire range of relations with Russia.”

“Total Russophobia, the cultivation of hostility towards our country have been elevated by Tallinn to the rank of state policy,” the statement read.

In a separate development, Latvia’s foreign minister said Monday he had told Russia’s ambassador to Riga to leave the country by Feb. 24, lowering diplomatic ties with Moscow in an act of solidarity with Estonia. 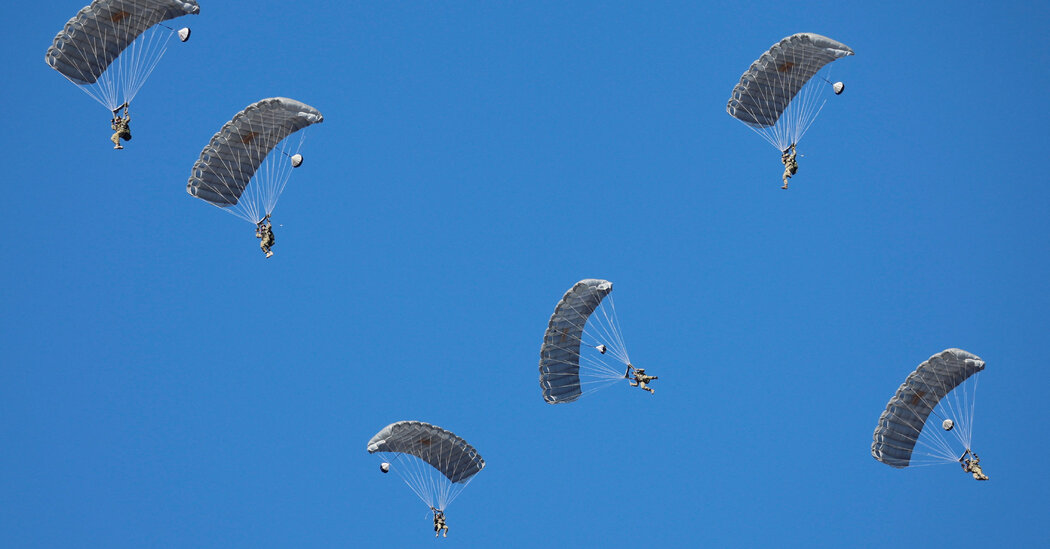 U.S. and Japan Say They Will Strengthen Military Cooperation