Why did the power breakdown actually happen and at what point did the actual breakdown occur? A big claim

Islamabad (Daily Pakistan Online) The breakdown that happened this morning has disrupted the electricity system of the entire country and 90 percent of the areas are deprived of electricity, but now the sources of the Power Division have pointed out the malfunction in the system. has given

Private TV Express News has claimed from power division sources that the failure of the security system of Guddu Power Plant caused a nationwide breakdown of electricity. Guddu Power Plant also had a nationwide breakdown last year. A black hole has been created for transmission and power transmission has been completely stopped in 90% of the areas, there was a fault in Gaddu Power Plant at 7:34 AM, there was a nationwide breakdown due to fault in Plant 747, Power The protection system of the plant could not prevent the fault from going to the national grid, due to the failure of the protection system, the fault spread to the entire national grid. Another 500 KV line supplies electricity to Balochistan, one of these lines got faulty, the entire system of NTDC went down due to this fault, there is no permanent CEO of Gaddu Power Plant, Jabanko 3 Muzaffar. CEO of Garh has additional charge, due to lack of effective supervision and monitoring of the power plant, the breakdown occurred. 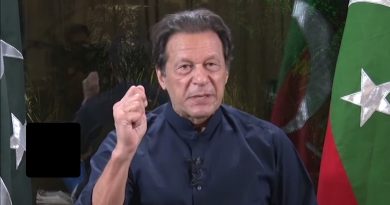