Matteo Messina Denaro, the accused Italian mafia boss arrested this week after 30 years on the run, avoided the media glare for another day when he was unable to attend a court hearing in Sicily on Thursday.

Mr. Messina Denaro, who is being treated for cancer, was undergoing medical care, local news reports said. His lawyers did not return calls or emails seeking comment.

The hearing is part of a proceedings aimed at establishing whether Mr. Messina Denaro was among the planners of bombings in 1992 that killed two prominent anti-mafia prosecutors. The hearing, broadcast nationally, was postponed to March.

Since his arrest, Mr. Messina Denaro has been held in isolation in a high-security prison near the central Italian city of L’Aquila.

Even as Mr. Messina Denaro was wanted, investigators say, he had been living a comfortable life in Campobello di Mazara, a western Sicilian town of 11,000 people near his native Castelvetrano. He had gone into hiding without ever having been arrested, leaving investigators without fingerprints, which further created a sort of legend around him.

In the days since Mr. Messina Denaro’s arrest, the news media in Italy have delved deeply into details about his life on the lam, including the authorities’ discovery of a small, secret room behind a closet in one of his apartments.

The discovery set off speculation that police might find a so-called “archive” once owned by Salvatore Riina, the last “boss of all bosses,” who died in 2017. Mr. Messina Denaro was close to Mr. Riina, whose leadership stretched over all Sicilian mafia families.

A police informant had said that a collection of Mr. Riina’s notes had been given to Mr. Messina Denaro and might shed light on connections between the mafia and national politicians, but investigators have yet to establish that such a trove exists.

On Thursday evening, the police entered another possible hide-out, with dozens of TV cameras recording their movements.

In recent months, Mr. Messina Denaro had lived in a residential building steps away from a local bar that was once frequented by associates arrested last year in a mafia investigation. Over the years, investigators have found evidence that he also stayed in Spain, England and Venezuela while on the run.

When he was arrested on Monday morning, he had just been tested for Covid in advance of a chemotherapy session in Palermo, according to Pasquale Angelosanto, a general with the Italian military police. Vittorio Gebbia, the oncologist who was treating Mr. Messina Denaro, under an alias, at a clinic in Palermo, has said that his health has deteriorated in recent months.

Health professionals and patients who underwent chemotherapy with Mr. Messina Denaro were shocked to learn about his background. They described him as polite and well dressed.

A nurse remembered that he once said a shirt was worth 700 euros, about $755. 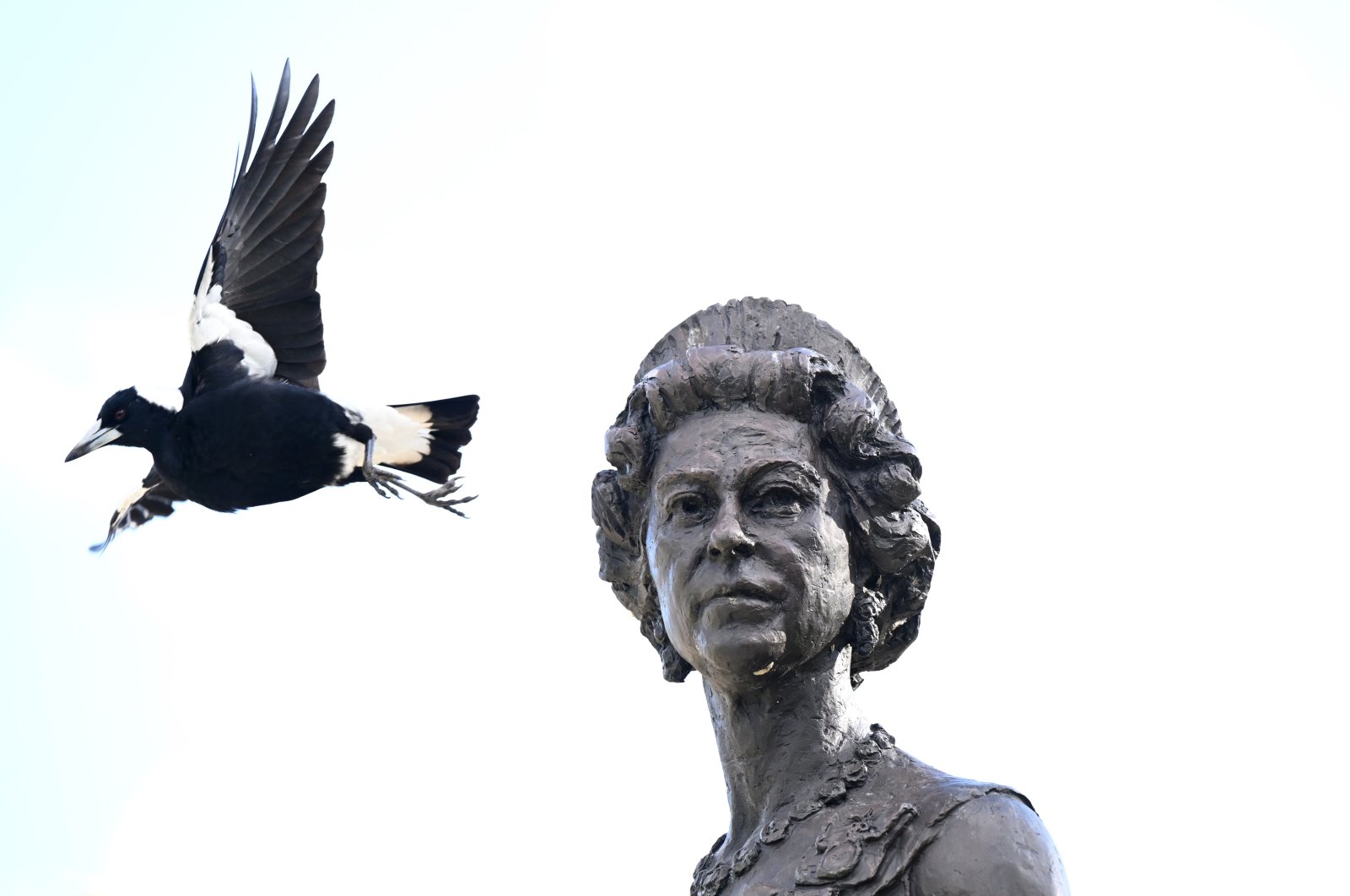 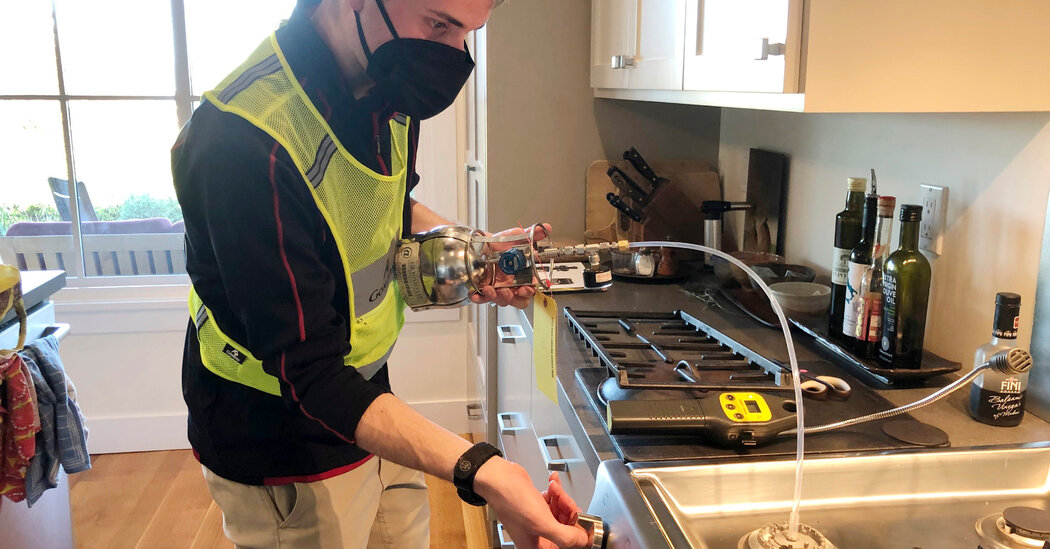 In the Fight Over Gas Stoves, Meet the Industry’s Go-To Scientist 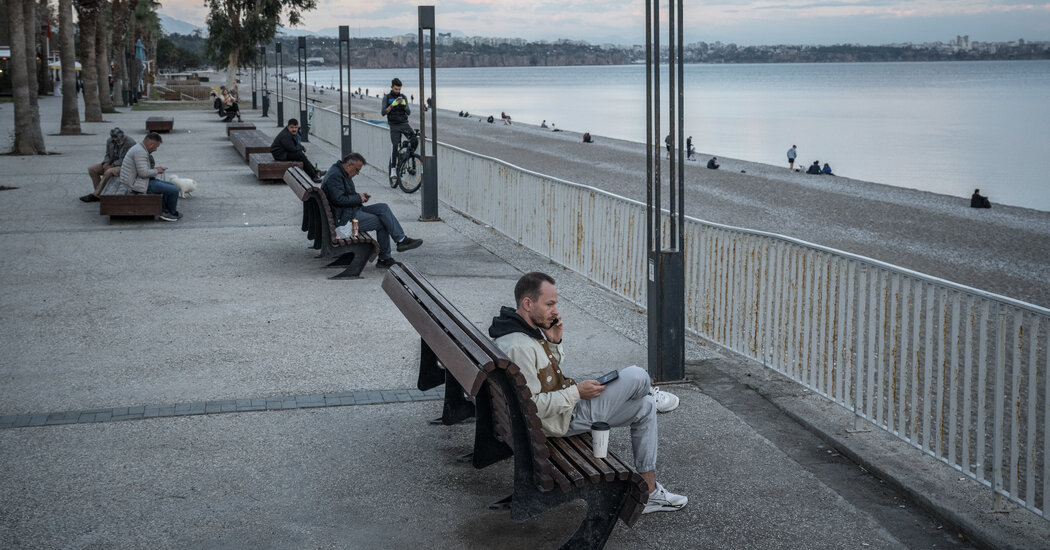 Moscow on the Med: A Faraway War Transforms a Turkish Resort Town