Ever since the defeat of Nazism, Germany has self-consciously devoted itself to promoting “peace” and integrating into a European and trans-Atlantic security order where consensus has been the byword.

Russia’s war in Ukraine is now forcing Germany to rethink decades-old ideas about its place in Europe, its relationship to Russia and the use of military force.

The Russian invasion of Ukraine has challenged all of that. It has been as much a psychological shock to Germany as a political one, undercutting many of its assumptions about Russia; its president, Vladimir V. Putin; and the role of Germany in a Europe suddenly at war.

Nowhere is the disorientation more apparent than in Germany’s reluctance, for now, to send Ukraine its excellent main battle tank, the Leopard 2, or to allow other countries to do so. The stance has risked isolating Germany and exasperating its allies. Most important, the Ukrainians say, Germany’s hesitance threatens to hamper their ability to hold off or turn around an anticipated Russian offensive this spring.

While Germans overwhelmingly support Ukraine in its fight, the hesitation on sending tanks reflects the deep ambivalence in a nation with a catastrophic history of aggression during World War II and that remains profoundly divided about being a military leader and risking a direct confrontation with Russia. Opinion polls show that half of Germans do not want to send tanks.

“German reluctance here can be summed up in one word, and that’s ‘history,’” said Steven E. Sokol, the president of the American Council on Germany.

“Germans want to be seen as a partner, not an aggressor, and they have a particular sensitivity to delivering arms in regions where German arms were historically used to kill millions of people,” he said, citing Russia, Poland and Ukraine. “People do not want German weapons on the front lines being used to kill people in those regions.”

But Germans risk misinterpreting the lessons of their history, said Timothy Garton Ash, a historian of Germany and Europe at St. Antony’s College at Oxford. “The German position is profoundly confused, with the old thinking dead and the new not yet born,” he said.

Indeed, despite Chancellor Olaf Scholz’s declaration early last year of a “Zeitenwende,” or historical turning point, for Germany, his government and his country have struggled to follow through in building up its military. While the Ukraine war has prompted a serious debate in democratic Germany, it is hardly finished, Mr. Garton Ash said.

The result has been what the chancellor’s critics see as the overly tentative leadership of Mr. Scholz at this moment of crisis. The confusion has been especially pronounced within Mr. Scholz’s center-left Social Democratic Party, which heads the current government, said Boris Ruge, a vice chairman of the Munich Security Conference.

But politics are at play, too. Both the Social Democrats and the Greens, the largest members of the governing coalition, have strong pacifist wings that party leaders, like Mr. Scholz, cannot ignore.

“Scholz has to think of domestic politics, too,” Mr. Ruge said. “On issues of strategy and politics, many of the Social Democrats are dyed-in-the-wool pacifists, and he must pay attention to them.”

To some degree, Mr. Scholz is leading not a three-party coalition, but a five-party one, if one counts the pacifist wings of the Greens and Social Democrats. And the Social Democrats have many voters in the former East Germany, which has been more sympathetic to Moscow.

There is also concern, and not only among Germans, that escalating the war with Western tanks will just increase the killing without fundamentally altering the course of the war.

German voters want their leaders always “to push the so-called peace option, to be last to move, or to move in a coalition,” said Thomas Kleine-Brockhoff of the German Marshall Fund in Berlin. “That shows that you’re not warmongering, you’re not pushing a military agenda.”

The clear pattern for Mr. Scholz is to move slowly, to try to bring his voters along (despite the annoyance of his NATO allies), and to finally agree to send in the tanks once he convinces the German public that it will actually bring peace closer by pushing Russia to negotiate.

The approach is an attempt to both respect and circumnavigate historical memory in a country where many of the names of battlegrounds in Ukraine are familiar to elderly Germans or even to younger ones who grew up hearing of them from their parents.

“Why do we know Azovstal?” asked Mr. Kleine-Brockhoff, referring to the enormous steelworks in Mariupol that the Russians blasted for months during the war. “Who occupied Azovstal last? That was the Germans,” he said.

“Everybody who is older here knows what the killing fields are. The names are familiar to them. Sending tanks there? Wow. Sending howitzers there? Well, to many older people, that’s still hard,” he said. History matters: “You can turn it any way you want, but there is memory.”

Those guilty memories are about a war against the Soviet Union. But even after the fall of the Berlin Wall in 1989, Germans associated their guilt with Russia, as the successor state, not with other new post-Soviet nations, like Ukraine and Belarus, where the Nazis killed even more people, said Claudia Major of the German Institute for International and Security Affairs. “We did so much harm to the Soviet Union we can’t do this again, we say, but we equalize it with Russia and forget that Ukraine took it the worst.”

Mr. Scholz’s Social Democrats were shaped by “Ostpolitik,” their outreach to the Soviet-occupied nations of Central and Eastern Europe, which also proved very profitable for German industry and provided all that cheap Russian energy. Much of the party is driven by “the conviction that peace cannot be achieved by military means,” as Mr. Scholz himself said in a speech in the late 1980s, Mr. Garton Ash said.

“So it’s very difficult for him to think his way into his own Zeitenwende and believe that in certain circumstances, war can be the lesser evil and the shortest path to a lasting peace in Ukraine,” he said.

From that perspective, he added, “Germany has a unique historical responsibility to help defend a free and sovereign Ukraine and shape a larger European response to end Putin’s criminal war of terror.”

Jeffrey C. Herf, a scholar of German and European history at the University of Maryland, said that many Germans suppressed the reality that the Nazis were defeated only by military force, not by diplomatic or business engagement. “These lessons about appeasement and its dangers are unfashionable in the political world in which Scholz emerged,” he said.

At the same time, Germany’s centuries-long relationship with Moscow has the quality of a fixation, Mr. Garton Ash said, noting “a fascination with and fear of Russia, which created a blindness to Ukraine, and the parallel fear of a nuclear war.”

This is a prime explanation for Mr. Scholz’s desire to provide tanks only if the United States also provides tanks, so Russia cannot blame Berlin. He wants to avoid having a German decision — not merely to send Leopards but also to authorize their export — be singled out by a nuclear-armed Russia, a Russia that many Germans want to have decent relations with after this conflict inevitably ends.

Mr. Scholz and his aides argue that Germany has done a lot already, breaking its own taboo on sending weapons to a country at war, and sending the third-largest tranche of military aid to Ukraine.

In an interview last month, Mr. Scholz’s chief of staff, Wolfgang Schmidt, said that the chancellor saw his role as easing the transition to a new foreign policy in a population used to decades of pacifism.

“A long-lasting tradition of all political parties — no weapons to conflict zones, let alone to a war — was completely shifted by Chancellor Scholz, and yet it received broad public support,” Mr. Schmidt said. “We always try to make sure that with all our actions, we can sustain them, and it’s not just a one off — that we keep our society together and the people behind it.”

Public opinion does seem to be shifting under pressure from allies and given the horrors of the war, said Thorsten Benner, the director of the Global Public Policy Institute in Berlin, who studies the Social Democrats. “If Scholz goes and says now is the moment, I think he can get the public behind him,” he said. “The numbers in the polls, you can shift that. That’s called leadership.”

German politicians who favor sending tanks say that Germany’s resistance to “going it alone” now risks isolating it. Johann Wadephul, a deputy chairman of the opposition Christian Democrats, said Mr. Scholz’s argument for solidarity was contradicted by the pleas of his allies. “The chancellor’s refusal and Germany’s non-deliveries are in fact ‘going it alone,’” he said.

Heinrich Brauss, a former German general now with the German Council on Foreign Relations, argued that defeating Russia in Ukraine is in Germany’s self-interest, because the Ukrainians are fighting for European security. If German reluctance becomes German refusal, he warned, it would be disastrous for Germany’s reputation. “And it will reduce trust in Germany as an ally in NATO significantly.” 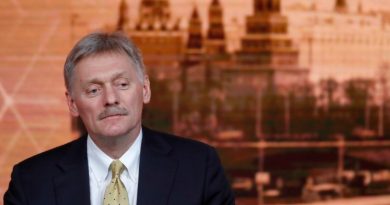 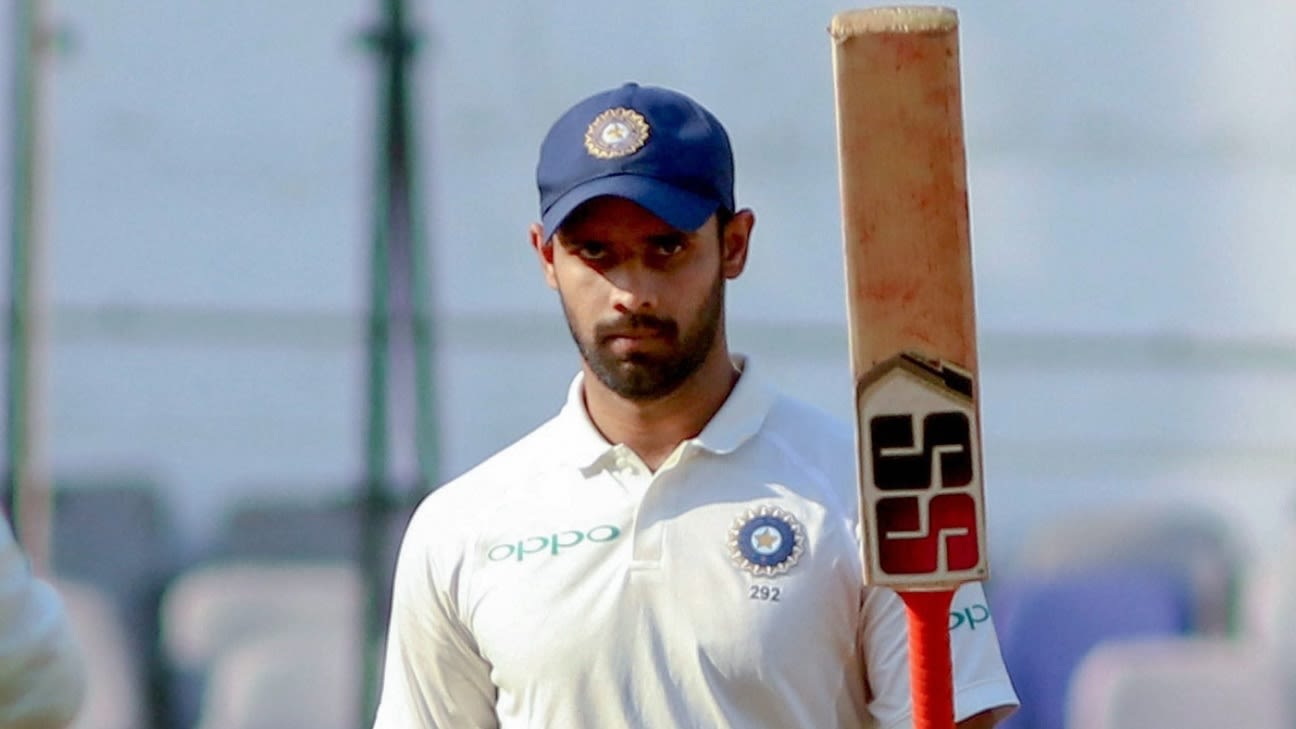 ‘I’ve been cheating a little’