Jacinda Ardern’s sudden and unexpected resignation has jolted New Zealand into action, with calls for the nation to select its inaugural Maori prime minister on Friday as a select few contenders emerged to fill the nation’s highest office.

Ardern, a global figurehead for progressive politics, stunned New Zealand on Thursday by announcing her abrupt exit from office less than three years after securing a second term in a landslide election win.

The 42-year-old – who steered the country through natural disasters, the COVID-19 pandemic and its worst-ever terrorist attack – said she no longer had “enough in the tank.”

Ardern resigned with no clear successor, and her ruling Labor Party is now scrambling to settle on a replacement.

Labour members of parliament will try to elect the next prime minister on Sunday – with the winning candidate needing two-thirds of the vote.

If that does not happen, it will become a drawn-out contest involving rank-and-file party members and affiliated unions.

Chris Hipkins, 44, is the early frontrunner after Ardern’s deputy Grant Robertson swiftly ruled himself out of the race.

Other names in the mix are Justice Minister Kiri Allan, one of Labour’s senior Maori members of Parliament, and Immigration Minister Michael Wood.

None of the three has so far confirmed they will contest the ballot.

The high-profile Hipkins has handled the challenging portfolios of COVID-19 response, police, and education and is seen as a safe pair of hands.

Political commentator Josie Pagani has described him as “sensible, likable, tough and capable.”

Former commercial lawyer Allan entered parliament in 2017 and was quickly touted as a future leader – and possibly the country’s first Maori prime minister.

She was forced to leave parliament in April 2021 after she was diagnosed with stage three cervical cancer but returned to work three months later.

The first Maori settlers are believed to have arrived in New Zealand from Polynesia about 700 years ago.

About 17% of New Zealand’s population of five million was identified as Maori in the country’s latest census.

Labor’s 15-member Maori caucus is expected to have a significant say in the next leader.

“We’d love one day for there to be a Maori prime minister,” said influential Labor minister Kelvin Davis.

Willie Jackson, a former co-chair of Labour’s Maori caucus, said being involved in those discussions was essential.

“We’re talking about the prime minister of our nation, so we want to play a part,” he said.

The Pati Maori, also known as the Maori Party, contests the specially reserved Maori electorates. It also said it was time for a prime minister of Maori descent.

“Anything less will be taking Aotearoa (New Zealand) backward from Jacinda Ardern,” co-leaders Debbie Ngarewa-Packer and Rawiri Waititi said in a statement.

Wood is the third candidate to emerge so far.

The 42-year-old was responsible for lifting the country’s minimum wage and had considerable union support.

Ardern, meanwhile, on Friday said her decision to step down was “tinged with sadness,” but having made the announcement, she had “slept well for the first time in a long time.” 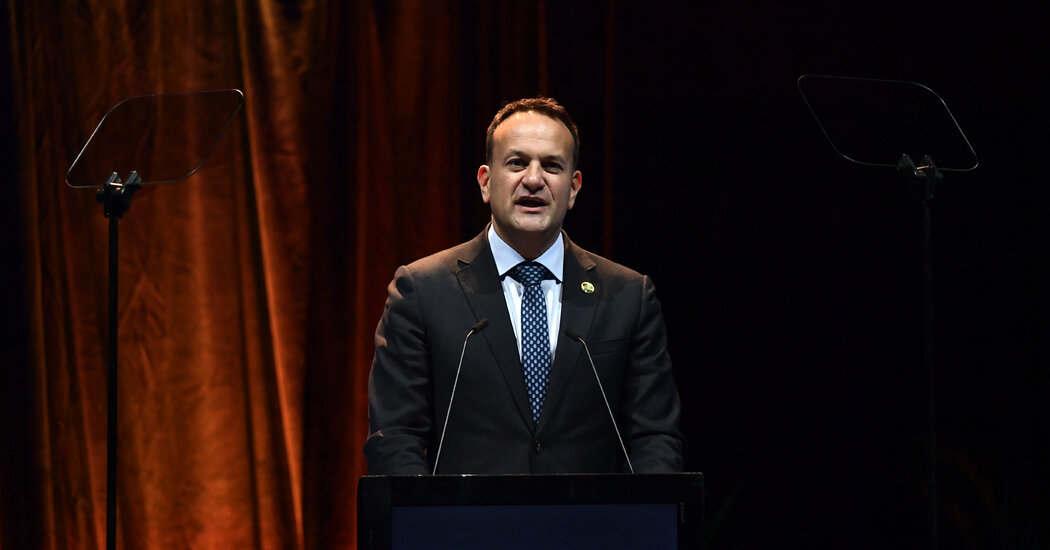 Once a Figurehead of Change, Ireland’s Returning Leader Has Lots to Prove