Riske-Amritraj continued to mock the umpire as she walked back into position to finish the match. “Pay attention,” she said. “Dude … that’s tennis 101.”

The American, in partnership with Czech Linda Fruhvirtova, went on to win the doubles match against Alexandra Panova and Natela Dzalamidze.

It was interesting to note that Alexander Zverev refused to do an interview with Eurosport after his loss on Thursday. It came just a day after Novak Djokovic took aim at the broadcaster on social media over a post they had published.

“Novak Djokovic defied the umpire to take an early bathroom break in his first match at the Australian Open [eyes emoji],” Eurosport tweeted during his match on Tuesday.

Djokovic responded: “Eurosport please get your information checked before you post something judgmental and wrong.

“Chair umpire allowed me to go to toilet but she told me I don’t have toilet break, just change-over break. So she told me (you didn’t capture that with camera) I had to hurry up. When I almost exited the court she called me (I didn’t hear) and it was to tell me that toilet was on the opposite side of the court.

“I found one where I went also, and I had to be quick because of the time. I didn’t ‘defy’ her or the rules. She gave me permission and told me to be quick. Next time be mindful with what you post. You have responsibility towards many sport fans that follow your page.”

Djokovic and Zverev are close friends. It would explain Zverev’s decision to snub an interview with Eurosport.

Early ratings winner before the slog

The Andy Murray-Thanasi Kokkinakis match was one of the most gruelling in Australian Open history. It’s hard to imagine many made it all the way through until the 4.06am finish.

However, a substantial number watched the opening sets. The OzTam ratings cut off each day at 2am so it’ll be another 24 hours before we know how many were still up at the end of the match.

Although a peak national audience of 708,000 was recorded for the time slot between 10.20pm on Thursday and 1.59am on Friday morning.

The American recently posted a video on TikTok of her parents dancing. Don’t expect to see her father again any time soon.

“I think it really went viral because of my dad because he did so bad in it. I’m sorry!” she said on court after her win against fellow American Bernarda Pera.

“He was saying that people on the street were recognising him from the TikTok. Then he also asked me if he was getting a cheque from the video. I was like: ‘I don’t think TikTok pays you’. My dad said he’s not going to make any more videos because he’s not getting paid for it. He said if he’s going to look a fool on the internet, he might as well get paid for it.” 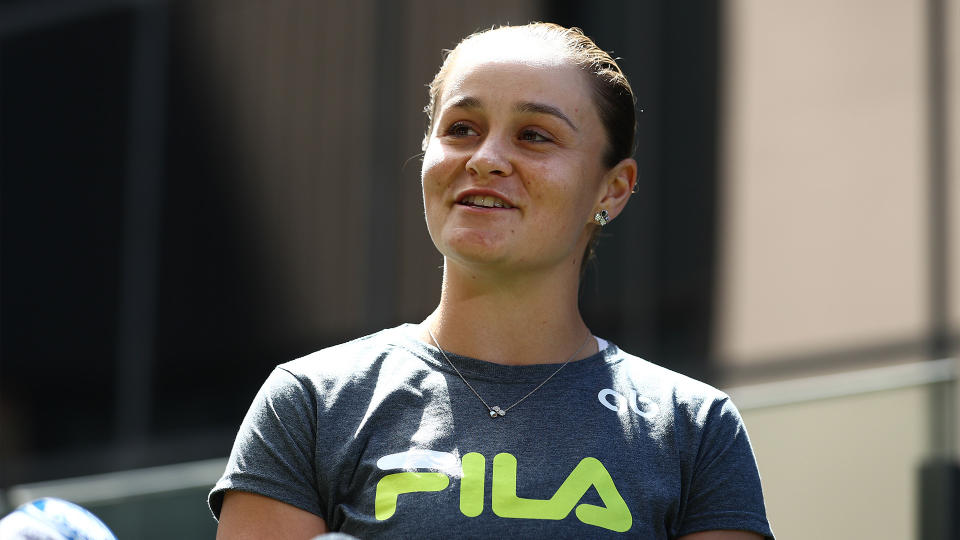