The U.S. defense secretary, Lloyd J. Austin III, met with his newly named German counterpart, Boris Pistorius, in Berlin on Thursday, with Germany under pressure to authorize sending German-made Leopard 2 tanks to Ukraine from other European nations and also to send some of Germany’s own.

Here is a brief look at the Leopard 2 tanks and how they could be valuable to Ukraine.

What is a Leopard 2 tank?

The Leopard 2 is one of the world’s leading battle tanks, used by the German Army for decades and by the militaries of more than a dozen other European nations, as well as by the armies of countries as far apart as Canada and Indonesia. It has seen service in conflicts in Afghanistan, Kosovo and Syria.

The tank, which is powered by a diesel engine, features night-vision equipment and a laser range finder that can measure distance to an object, enabling it to better aim at a moving target while traveling over rough terrain. There are multiple iterations of the Leopard 2 with different features and designs.

How could the tank help Ukraine?

Until now, both Ukraine and Russia have used Soviet-era tanks in battle, and the Leopards would offer a big step forward in capability. Ukraine’s government has been calling for tanks on top of earlier packages of military aid from allies in the United States and Europe that included aircraft, air defense systems to protect against Russian missile and drone attacks and longer-range artillery.

Supplies of the Leopard 2 would help offset Russia’s superiority in artillery firepower, which aided Moscow in seizing two cities in eastern Ukraine’s Luhansk Province over the summer. They could be of particular value as the war approaches its second year and Ukraine looks to reclaim lost territory and expects a Russian spring offensive.

What are the advantages of Leopards over other tanks?

Britain has promised to supply Ukraine with 14 of its Challenger 2 tanks, and two U.S. officials said on Thursday that Washington planned to supply nearly 100 Stryker combat vehicles, though it has not committed to sending American-made M1 Abrams tanks, which require constant upkeep and generally run on special fuel.

Military experts said that the chief advantage of the Leopard 2 was the quantity that could be sent to Ukraine and the relative ease of repair and logistics.

“The Leopards are in Europe, they are easy to get to Ukraine and several European countries use them, so they are readily available,” said Minna Alander, a research fellow at the Finnish Institute of International Affairs. “Logistics and maintenance would be easier. Spare parts and know-how are here in Europe, so the training of Ukrainians would be easier.”

In addition, because several European countries use the vehicles, multiple nations could contribute either the tanks themselves, or spare parts, training capacity or logistics, said Ms. Alander, an expert in northern European security and German foreign policy.

Why does Germany have to approve the transfer of Leopards owned by other countries?

According to German officials, re-exporting German-made tanks without Berlin’s permission would be illegal.

The contracts that a country signs to obtain weapons from German manufacturers or German military stocks requires them to request a re-export license from the federal government should they wish to send such weapons to another country. (The United States has similar requirements, as do other countries, like Switzerland.)

What are the potential pitfalls?

Ukraine’s leaders and military experts in the United States and elsewhere have said in recent weeks that Russia appears to be preparing for an offensive in the late winter or early spring. It is not clear that the supply of Western tanks, including the Leopard 2, would arrive at the battle front quickly enough to confront that threat.

“Ukraine needs them as soon as possible, and everything points to Russia preparing for a bigger offensive in the spring, so the clock is really ticking,” Ms. Alander said.

Even if the Ukrainians get trained quickly, that could still take months, and there are still questions about how many tanks could be provided and at what level they could be maintained. 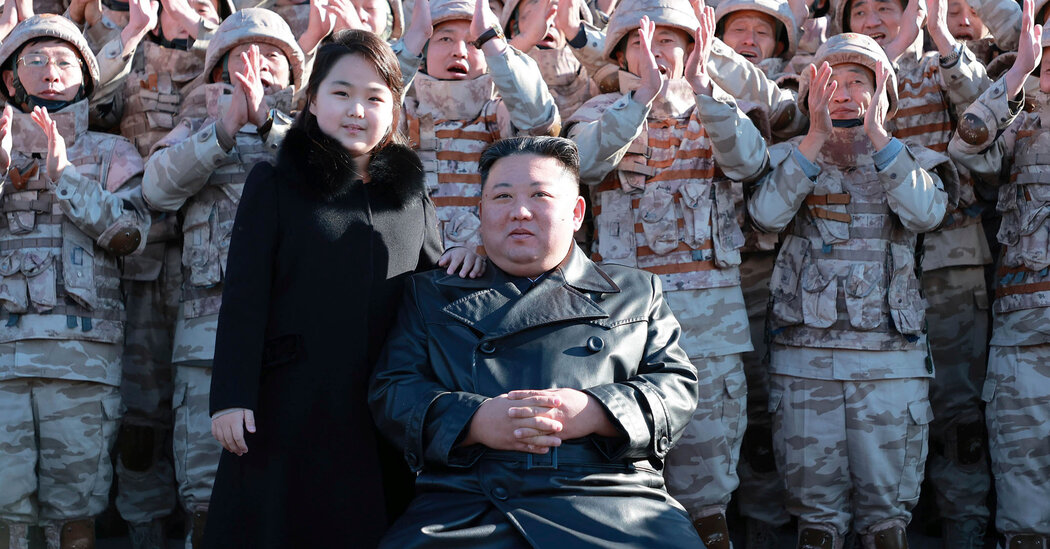 ​Is Kim Jong-un’s ‘Most Beloved Daughter’ North Korea’s Next Leader?