According to “Jung News”, while talking to the media, Muslim League (N) leader Tariq Fazal Chaudhary said that it was not possible to hold local body elections in Islamabad.

Tariq Fazal Chaudhary said that more than 1000 polling stations have been established in Islamabad, 20 to 25 people are required for the polling staff including the security of one polling station. But delivery of goods, security and other arrangements were impossible in one day.

Tariq Fazal Chaudhary further said that the federal government has increased the number of UCs to 125, now new UCs will have to be demarcated. 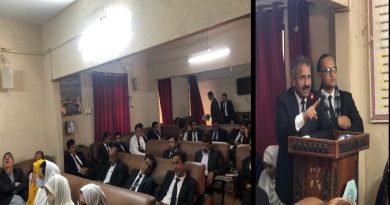