Xenophobia and discrimination, which include Islamophobia and Turkophobia, cause avoidable disease and premature death, posing a public health problem for millions of people, according to a new study published on Friday.

The study found that xenophobia, racism and discrimination are “fundamental influences” on health but have been overlooked by a wide array of people, including health professionals, policymakers and researchers.

Discrimination serves to confine minorities in “places that create or perpetuate unhealthy environments, simultaneously increasing their ill-health and need to access health care, while undermining their ability to obtain it,” was one of the findings in a series of studies in the medical journal The Lancet, examining how “racial health inequities” are caused by “historic systems and structures of power and oppression, and discriminatory ideologies.”

Although “experiences of racism are context specific, there are commonalities in how racism operates to affect health and well-being, including the role of coloniality, separation and division across shifting lines of identity and privilege, the institutionalization of racism, the visible and tacit ways discrimination operates, and the violence of discrimination across all levels,” the study argued.

One section of the study found that Islamophobia in North America and Europe “undermines health equity and affects diverse groups of people in many parts of the world,” problems including preterm birth and low birth weight, internalized stigma and low self-esteem, reduced access to culturally appropriate health services, interpersonal violence and hate crimes, forced sterilization, torture and ethnoreligious cleansing.

Editor-in-chief of The Lancet, Richard Horton, said, “Racism is a health issue,” and added, “Our structurally racist societies (in relation to the West) are unsafe for too many communities, families and individuals.”

Recently, British daily The Guardian exposed the consequences of this political and social structural xenophobia in a series of stories focusing on major health disparities. The daily found that Asian (Britons with Indian, Bangladeshi and Pakistani backgrounds) and black people in the U.K. must wait longer for a cancer diagnosis than white people, with some forced to wait an extra six weeks.

A joint study by The Guardian and the University of Exeter analyzing British National Health Service (NHS) waiting times and the world’s largest primary care database found that minority ethnic patients are waiting longer than white patients in 86% of cancers analyzed.

Leaders of ethnic groups in the U.K. called the results “deeply concerning” and “absolutely unacceptable.”

The authors of this Friday’s study concluded that “far broader, deeper, transformative action is needed compared with current measures to tackle adverse effects of racism on health,” and that a deeper understanding of injustices is needed in order to reduce inequality in health care. 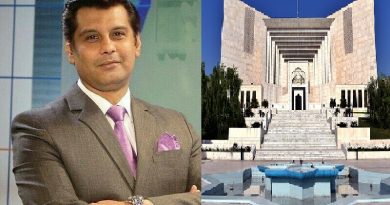