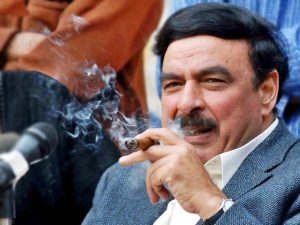 AML chief Sheikh Rashid said on Thursday the PDM was not in a position to go out in public and Fazal ur Rehman was the biggest obstacle to elections.

Sheikh Rashid tweeted if dialogue did not help paved the way for elections, dissolution of the provincial assemblies was the only way out. All political parties had ganged up to block Imran Khan’s way, he added.

Mr Rashid said the PDM could not bear the burden of elections as the public was not willing to elect them in future. “Fazal ur Rehman is trying hard to stop the elections”, he said.

The AML leader said robust economy was essential for national security. The government, he said, was bent upon creating unrest in the country.