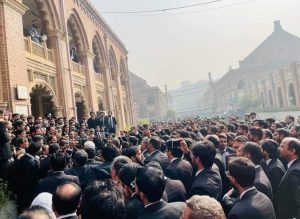 Lahore: According to the details, today lawyers from across Punjab are protesting to show solidarity with Member Punjab Bar Council Rana Asif.

Today the lawyers boycotted the courts and did not appear in their cases. Also, a large number of lawyers protested at the Lahore High Court and stopped the proceedings of the courts. The lawyers raised slogans and demanded the resignation of Mr. Justice Malik Shahzad who initiated contempt proceedings against Rana Asif Advocate.

Why did this problem occur?

The reason for the controversy is that a junior lawyer appeared in the court of Lahore High Court Judge Mr. Justice Malik Shahzad Ahmed without gown to argue one of his cases.

According to the rules of the court, every year from October 1st to March 31st, black gowns are mandatory to appear in the higher courts

The judge ordered the lawyer to go out and come back wearing a gown and then appear in his case.

According to reports, the judge also decided the case of this lawyer in his favor.

Thereafter, Member Punjab Bar Council, Rana Asif took back his gown in court and tried to wear it. On which the judge remarked that this is not a dressing room. You go out and wear a gown and come to court twenty minutes later.

On which Rana Asif left the court and after twenty minutes when his case was called, he returned to the court.

After hearing his case, Rana Asif told the judge that I am a member of the Punjab Bar Council, you have disrespected me. After that, the matter escalated, the result of which was that the judge ordered Rana Asif to sit in the court, taking contempt of court proceedings against him.

Senior lawyers say that they tried hard to resolve this matter, they apologized to the judge, Chief Justice of Lahore High Court was asked to play a role in this matter. But he refused to settle the matter, while Mr. Justice Malik Shahzad refused to accept the excuse of the lawyers and said that it was a matter of his honor. Now the Supreme Court of Pakistan should play its role in this matter and solve the problem.
Because lawyers do not have the slightest faith in the Lahore High Court, these courts are making decisions based on stubbornness and ego instead of law.
Apart from this, according to the opinion of senior lawyers, the decision of the judge of Lahore High Court is not in accordance with the rules and regulations. When a High Court judge orders the suspension of a lawyer’s license, he sends an order to the Punjab Bar Council about it, he cannot automatically cancel the license of a lawyer. Similarly, contempt of court is also a procedure. The court first issues a notice of contempt of court, after which a formal hearing is held in the contempt case. Then the sentence is pronounced. While here both these cases have happened without any due process of law. 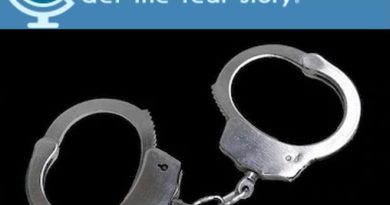 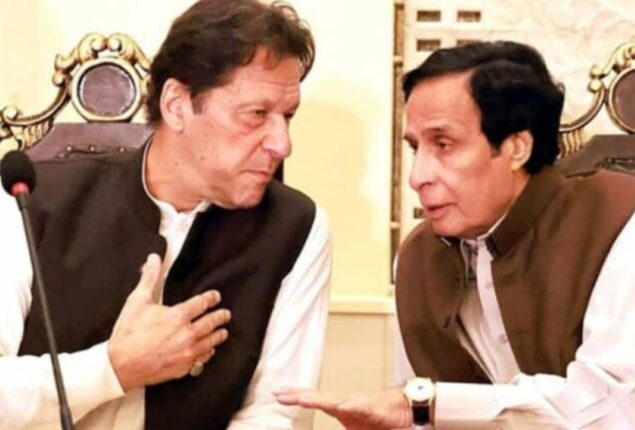