AL RAYYAN, Qatar — South Korea grabbed a 91st-minute winner against Portugal to qualify as runners-up from Group H in the most dramatic circumstances.

Substitute Hwang Hee-chan got the crucial goal to send South Korea through on goals scored, despite Uruguay’s 2-0 win over Ghana in the group’s other game (both South Korea and Uruguay ended level on four points and zero goal difference, but South Korea had four goals scored to Uruguay’s two.)

Portugal had taken an early lead through Ricardo Horta before Kim Young-gwon’s equaliser. It set up a frantic second half, with South Korea knowing they needed just one more goal to seal progress, but it looked like they would fall just short before Son Heung-min — who suffered multiple fractures around his left eye less than a month ago and was forced to wear a mask — broke free on the counter-attack to set up Hwang with minutes remaining. And with four of South Korea’s last seven goals at the World Cup scored in the 90th minute or later, you can’t say it wasn’t on the cards.

Watching the final minutes of Uruguay’s game in a huddle on the pitch following the full-time whistle, South Korea could finally celebrate a famous win as they cemented the Asian confederation’s third country in the round of 16 — the most ever in a single World Cup.

1. Son steps up when it matters

Son Heung-min has sometimes been accused of trying to do too much himself when he plays for South Korea but when they needed him most, the Tottenham forward stepped up.

With the fourth official holding up the board to show six minutes of stoppage time, Son raced the length of the pitch after a Portugal corner to set up substitute Hwang. The finish from the Wolves forward was as composed as you could get in the circumstances but it was made by the quality of Son, first delaying and drawing Portugal’s defenders towards him before delicately rolling a pass through the legs of Diogo Dalot to give his teammate the perfect opportunity to score.

For almost 90 minutes, South Korea were going out — a result that would have possibly cost Portuguese coach Paulo Bento his job — but instead they are going through on goals scored and preparing for just the third World Cup knockout tie in their history, probably against Brazil.

South Korea were thumped 5-1 by Brazil in June, which set off alarm bells ahead of the World Cup, but after ending the group stage on such a high they will believe anything can happen, especially when they have a player like Son capable of such moments of magic.

2. Portugal are an enigma

Portugal have a star-studded squad but they’ll be unpredictable in the knockout rounds. There have been moments of wonderful football — particularly Bruno Fernandes’ two slick assists against Ghana in the first game — but there has also been some calamitous defending.

Both goals against Ghana were avoidable and South Korea’s first here came from a set piece which hit Cristiano Ronaldo on the back. The second was a counter-attack after their own corner having left themselves wide open at the back.

Despite their defeat, Portugal still finished top of Group H and will fancy their chances against Switzerland, Serbia or Cameroon in the next round, but there won’t be a lot of positivity about a possible quarterfinal tie with Spain if they get through.

Portugal have the individual ability to compete with any squad in Qatar but the question is whether coach Fernando Santos can gel it into a functional team good enough to win the biggest games in the knockout rounds of major tournaments. They could easily make it to the semifinals, or even further, but also look capable of crashing out at any moment.

3. Why was Ronaldo playing?

Portugal knew they were through before kickoff and Santos took the opportunity to rest almost all of his key players, including Ruben Dias, Bernardo Silva, Joao Felix and Fernandes. One of the only exceptions was Ronaldo, who started despite being rated as “50-50” by Santos in the buildup because of a foot injury suffered against Uruguay.

You could argue that after a stop-start season with Manchester United, Ronaldo needs games to find his match sharpness ahead of the knockout rounds, but it was still strange to see him out there with what was essentially Portugal’s second-string.

During 65 minutes on the pitch, his key contribution was an “assist” for South Korea’s goal when a corner hit him on the back and fell to Kim Young-gwon, who steered the ball past Diogo Costa. His one clear chance was a header when Vitinha‘s shot was parried back into the penalty area by South Korea goalkeeper Kim Seung-gyu but the 37-year-old could only nod it wide, while his 11 carries were his fewest in a start for Portugal since 2016 vs. France when he only played 25 minutes.

Visibly frustrated when he saw his number come up to be subbed, Ronaldo got his usual standing ovation from the fans who came to Education City just to see him, but there wasn’t much to cheer while he was on the pitch.

South Korea’s star had the calmness and quality to help win the game in a high-pressure moment.

Played a part in South Korea’s goal when he turned his back on a corner and did little else.

Portugal took the lead early on, but it wasn’t Cristiano Ronaldo — it was Ricardo Horta.

Do they finally have the depth to go all the way? 👀 pic.twitter.com/tJtMFD2ZCs

Then Ronaldo got involved at the wrong end, with the ball bouncing off his head from a corner before setting up Kim Young-gwon to get the equaliser.

Incredibly, with only minutes remaining and South Korea needing one goal to progress on goals scored, Hwang Hee-chan put them through.

As it stands, South Korea is through on the goals scored tiebreaker 😱 pic.twitter.com/axw1HPX1vo

After the match: What the players and managers said

Portugal coach Fernando Santos: “Things didn’t go well and the responsibility is mine, obviously. In the second half the team had many ups and downs. In the first half, we didn’t let them counter-attack, but in the second, the ball circulated slower, very individualized. It had already happened with Serbia and the players know perfectly well that it can’t happen, they are more than warned of this. It cannot happen.

“Morale was high and it will shake a little, which is normal, but on the other hand this will be a call to reason. This group is very focused and will understand this more from that perspective, we have to continue to be the same as we have been until now. We can never slow down, in a World Cup any opponent is very dangerous. Cristiano Ronaldo left [the pitch when substituted] upset because a Korean player was sending him away and Pepe even had to intervene.”

South Korea assistant coach Sergio Costa: “We’re very happy, we deserved it for everything we did in the three games. The result with Ghana was tremendously unfair, with Uruguay we competed in the best way and against a great team like Portugal, full of individual talent, organised and competent, we managed to fulfil our game plan and achieve what was an internal objective of ours. We dedicate this victory to all the South Korean people who support us a lot. We’ll celebrate a little, rest and tonight we’ll see our likely opponent. Then, like all games, we’ll prepare it in the same way. Knowing strengths, weaknesses, adjusting to our characteristics and preparing the game plan.”

– His goal was the fifth straight World Cup goal scored by players other than Cristiano Ronaldo, the most without Ronaldo since a streak of nine straight between 2006 and 2010 World Cups.

– Hwang Hee-chan (90’+1) scored the sixth stoppage-time regulation goal by South Korea in World Cup history. Three of them were in the 2018 World Cup.

– Four of South Korea’s last seven goals at the World Cup have been scored in the 90th minute or later.

– Three countries from the Asian Football Confederation have advanced to the round of 16 — the most ever in a single World Cup.

Portugal: A round-of-16 game against the runners-up in Group G — Switzerland, Serbia or Cameroon — awaits on Dec. 6 at the Lusail Iconic Stadium at 10 p.m. local time / 2 p.m. ET. 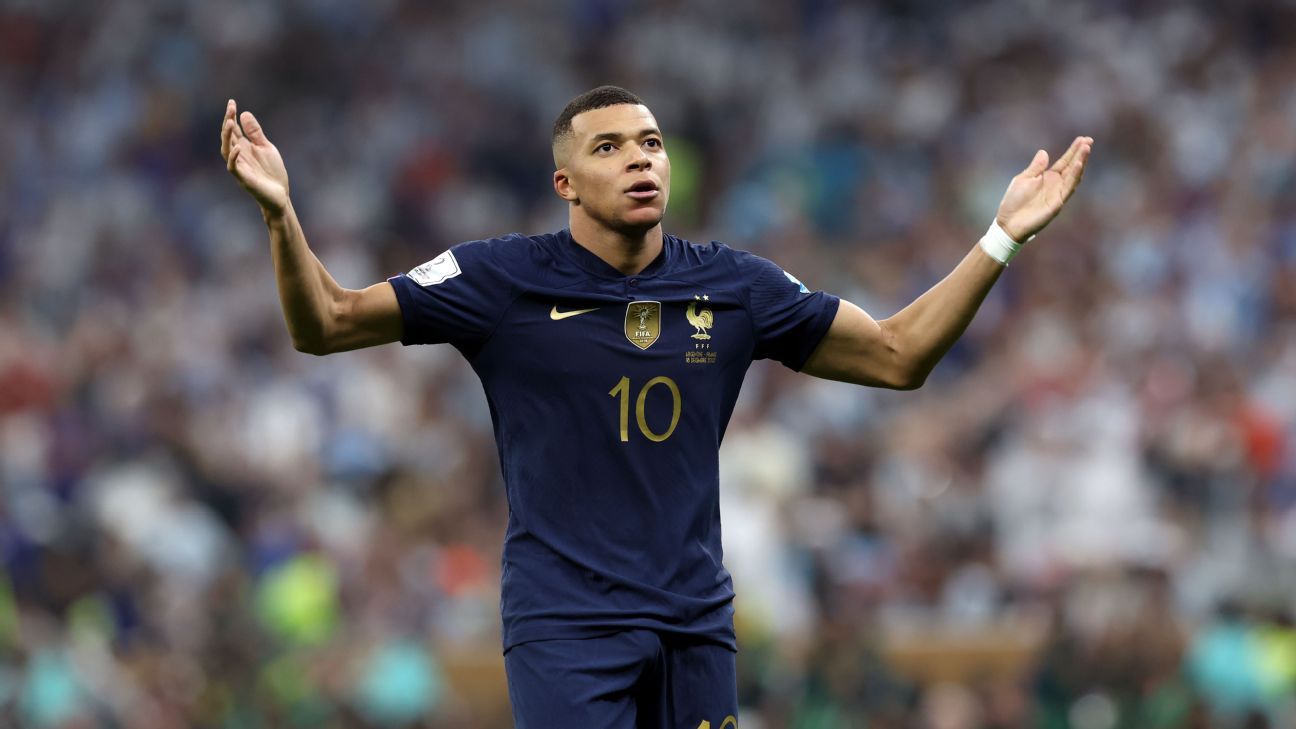