AL WAKRAH, Qatar — Luis Suarez thought the job was done. The veteran forward exited Uruguay’s final group stage match with a 2-0 lead and received good news from across town: Portugal were tied with South Korea, which, if the results held, meant Uruguay would be through to the knockout rounds.

– Report: Uruguay beat Ghana but crash out of World Cup

When South Korea went ahead 2-1, the updated Group H standings were almost immediately shown on the large in-stadium monitors, with Uruguay on the outside looking in. The camera cut to Suarez, who looked like he had seen a ghost.

Uruguay needed another goal to flip the tiebreaker in their favor and despite some good chances over the game’s final 15 minutes, the goal never came. It wasn’t quite the type of revenge Ghana were looking for — as its own tournament ended in defeat — but 12 years after Uruguay eliminated Ghana in the quarterfinal thanks largely to Suarez’s famous handball, the Black Stars returned the favor.

As the game neared its conclusion, the monitor returned to a live shot of Suarez. He looked like he was holding back tears and by that point the Ghana fans better understood the circumstances. They cheered loudly. Suarez pulled his jersey over his head, retreating like a turtle into its shell in what will likely be the last image of him on the World Cup stage.

1. A deserved exit for Uruguay

For a team with as much talent as Uruguay has, they have only themself to blame. No team can go goalless over the first two matches at a World Cup and expect to advance, which is the situation Uruguay were in prior to Friday. Their 0-0 draw with South Korea in the opening game was uninspired, and to follow that with a 2-0 loss against Portugal left things to chance.

After scoring two first-half goals, though, Uruguay will likely still head home believing they should have advanced. And they almost did. There were multiple sequences in stoppage time when the game opened up and Uruguay had numbers on the break. No one stepped up and capitalized.

2. De Arrascaeta has his moment

After sitting against South Korea and playing just 28 minutes against Portugal, Giorgian De Arrascaeta stepped into the starting XI and quickly rewarded coach Diego Alonso. One of just seven players in the World Cup who plays club soccer in Brazil’s Serie A, the Flamengo star midfielder was one of the few players who came to the tournament having previously scored a competitive goal in Qatar. (It came in a 3-1 win against Al Hilal in the Club World Cup semifinal in 2019.)

On a team that features names that resonate more globally — such as Suarez, Liverpool’s Darwin Nunez, Valencia’s Edinson Cavani, Real Madrid’s Federico Valverde and perhaps even Manchester United youngster Facundo Pellistri — de Arrascaeta’s value to the team might be less understood. It has been significant. In a qualifying cycle that saw Uruguay finish third in the CONMEBOL behind Brazil and Argentina, de Arrascaeta’s five goals in just eight of the team’s 18 matches ranked second behind Suarez (8). Cavani and Valverde (2 each) were the only others with multiple goals.

– Why the referee rejected Darwin Nunez’s penalty shout vs. Ghana

He’s the fourth Uruguayan to score a World Cup brace (joining Suarez, who did it twice, plus Diego Forlan and Cavani).

3. A familiar fate for Ghana

The game was a chance at revenge. Against Luis Suarez. Against Uruguay. And when captain Andre Ayew stepped up to take a penalty in the 21st minute, it felt like an appropriate way for the Black Stars to exact it. Ghana’s missed penalty in 2010 against Uruguay still looms large and cruel fate again intervened. Ayew’s poor-taken penalty had little chance to beat goalkeeper Sergio Rochet and Uruguay took advantage.

Just five minutes later, Suarez — the man who remains public enemy No. 1 in Ghana — smashed a shot on goal that rebounded into the oncoming path of De Arrascaeta for an easy opening goal.

Ghana’s woes from the penalty spot in the World Cup are a trend. It became the first nation to ever miss multiple penalties against a single opponent and has now converted just three of six World Cup penalty kicks all time. Among teams with at least five attempted penalties in the tournament, only Poland (2 goals on 5 attempts) has a worst conversion rate.

It’s impossible to say how the game would have progressed had Ayew scored the penalty, but the possibility is undoubtedly something Ghanaian fans will consider for some time. With an early lead, would Ghana have been able to revert to more defensive tactics? Would it have built confidence in the squad? Such are the stakes at the World Cup, where brief moments in time are preserved well into the future.

His right-place, right-time opening goal sent Uruguay in the right direction before he volleyed home a second only six minutes later to provide a two-goal cushion.

The missed penalty from the Ghanaian captain set the tone for the rest of the match, during which the Black Stars rarely threatened.

What a save by Rochet to give Uruguay a fighting chance. Alas, it would be in vain given where the game went from there.

Both Uruguay goals were well-taken, but the pain visible on Suarez’s face after full-time, knowing that South Korea’s result had put them out of the World Cup, was quite something to watch.

Suarez was emotional after the final whistle pic.twitter.com/aNApvOhtmA

Then came the ugliness at full-time, as Uruguay players furiously surrounded referee Daniel Siebert to show their displeasure at not receiving a couple of penalties as they were chasing the game.

Uruguay players follow the game officials into the tunnel after the final whistle pic.twitter.com/bVCIXKM2RW

After the match: What the players and managers said

Ghana defender Daniel Amartey: “We saw on the screen [that Korea had taken the lead]… I just told my team that we need a goal now, but they need a goal now. We have to defend for ourselves. If we don’t go, they don’t go.”

— Both teams are eliminated after South Korea’s win. Uruguay is out on the goals-scored tiebreaker (both had 4 points and 0 goal difference but Korea had 4 goals scored to Uruguay’s 2).

— Uruguay: Eliminated in the FIFA World Cup group stage for the first time since 2002. It had advanced to knockout stage in the previous three World Cup appearances.

— Ghana: Has not advanced to knockout stage of the FIFA World Cup since 2010 (eliminated by Uruguay in QF).

— Andre Ayew (GHA): Missed a penalty in the first half. Ghana is the first team to not convert multiple penalties vs a single opponent at the FIFA World Cup (Ghana also missed in 2010 QF).

Uruguay: After a fiery, contentious end to their Friday game, they’re also heading home, having finished third in Group H on goal difference, behind South Korea. 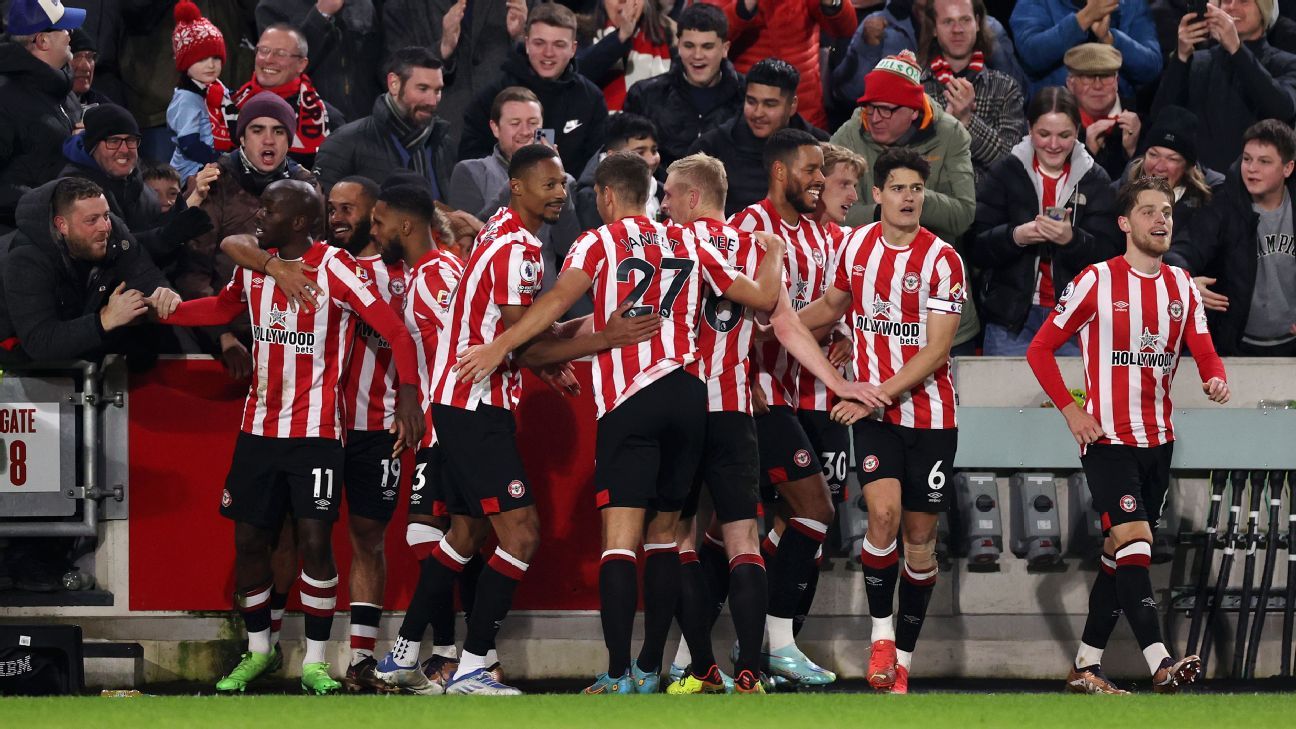 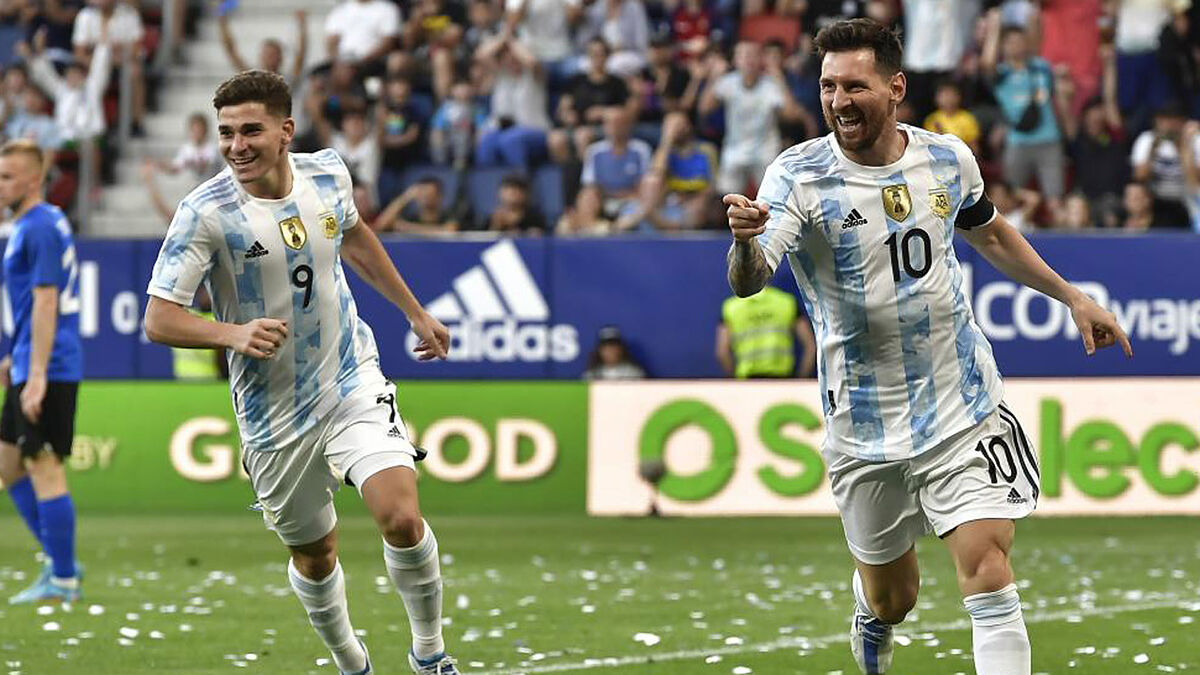 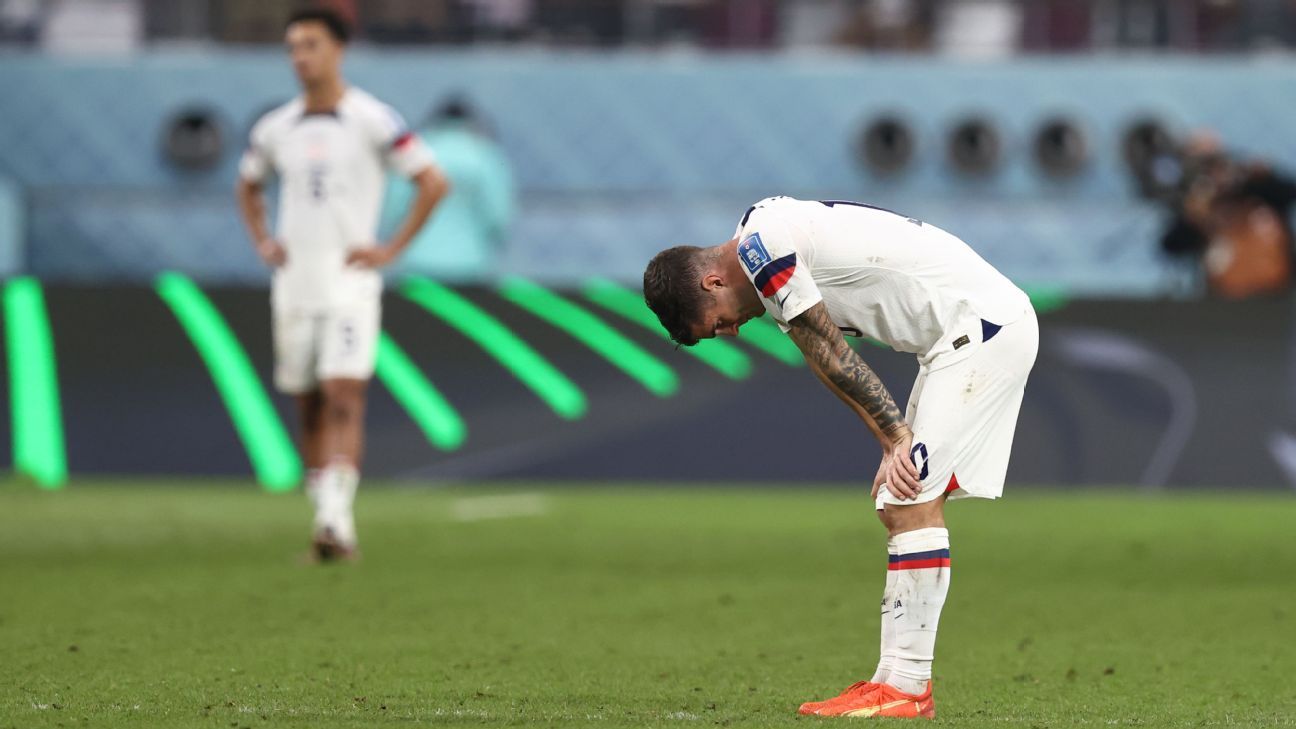