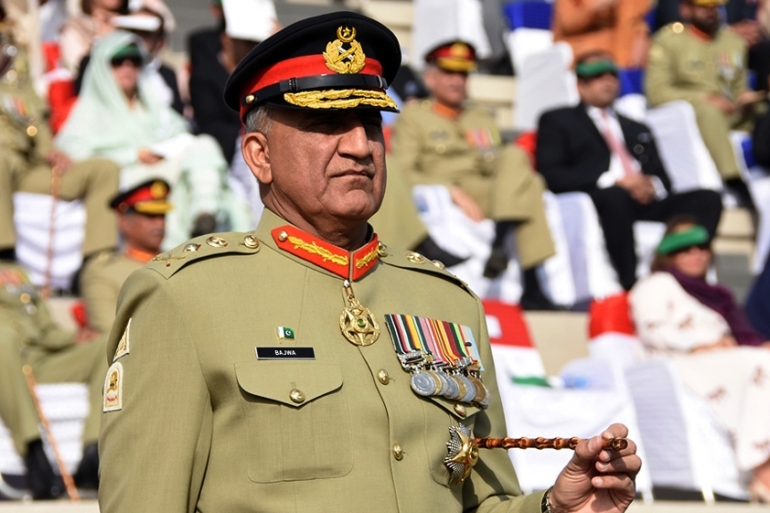 ISLAMABAD: Two Grade-18 officers of the Federal Board of Revenue (FBR) were suspended for 120 days after the leaking of confidential tax return records of former chief of army chief (COAS) General Retired Qamar Javed Bajwa on Thursday, ARY News reported. Earlier, Inland Revenue’s Grade-18 officers were removed from their positions.

In November, the revenue board included three more income tax officers in the investigation of leaked tax record details of Chief of Army Staff (COAS) Gen Qamar Javed Bajwa and his family.

Sources said that FBR will carry out an investigation from the chief commissioner, commissioner and additional commissioner in connection with the leaked tax record details of Gen Bajwa and his family.

These three officers will also be removed from their posts as they are equally responsible for the leakage of these tax details, sources added.

Furthermore, two deputy commissioners of the land revenue department and 15 FBR officers have been investigated in the leaked in connection with the leaked tax record.

The forensic report reveals that the entire plan was hatched from the laptop and mobile phones of these officers, sources added. Two deputy commissioners Atif and Zahoor Ahmed are also arrested by the FBR investigation team.

In a statement, the ISPR said that the reports were “totally untrue and based on blatant lies”.

“Misleading data regarding the assets of army chief General Qamar Javed Bajwa and his family have been shared on social media. These misleading figures are exaggerated and based on assumption,” the ISPR said.

The military’s media wing said that a certain group has “cleverly and dishonestly” attributed the assets of General Bajwa’s daughter-in-law’s father and family to the army chief and his family.

“SSG is the pride of the nation,” said Army Chief Asim Munir