The government has prepared to break the mountains of oppression on the sick citizens, to increase the cost of medicine…

Islamabad (Daily Pakistan Online) Prime Minister Shehbaz Sharif has established a committee on the request of pharmaceutical companies to increase the prices of medicines.

According to the private TV channel “Jeo News”, a declaration has been issued by the Ministry of Health regarding the establishment of a committee to increase the prices of medicines. According to the declaration, the committee will be headed by Finance Minister Ishaq Dar. Health Minister Abdul Qadir Patel, Ayaz Sadiq and other senior government officials will also join the committee. 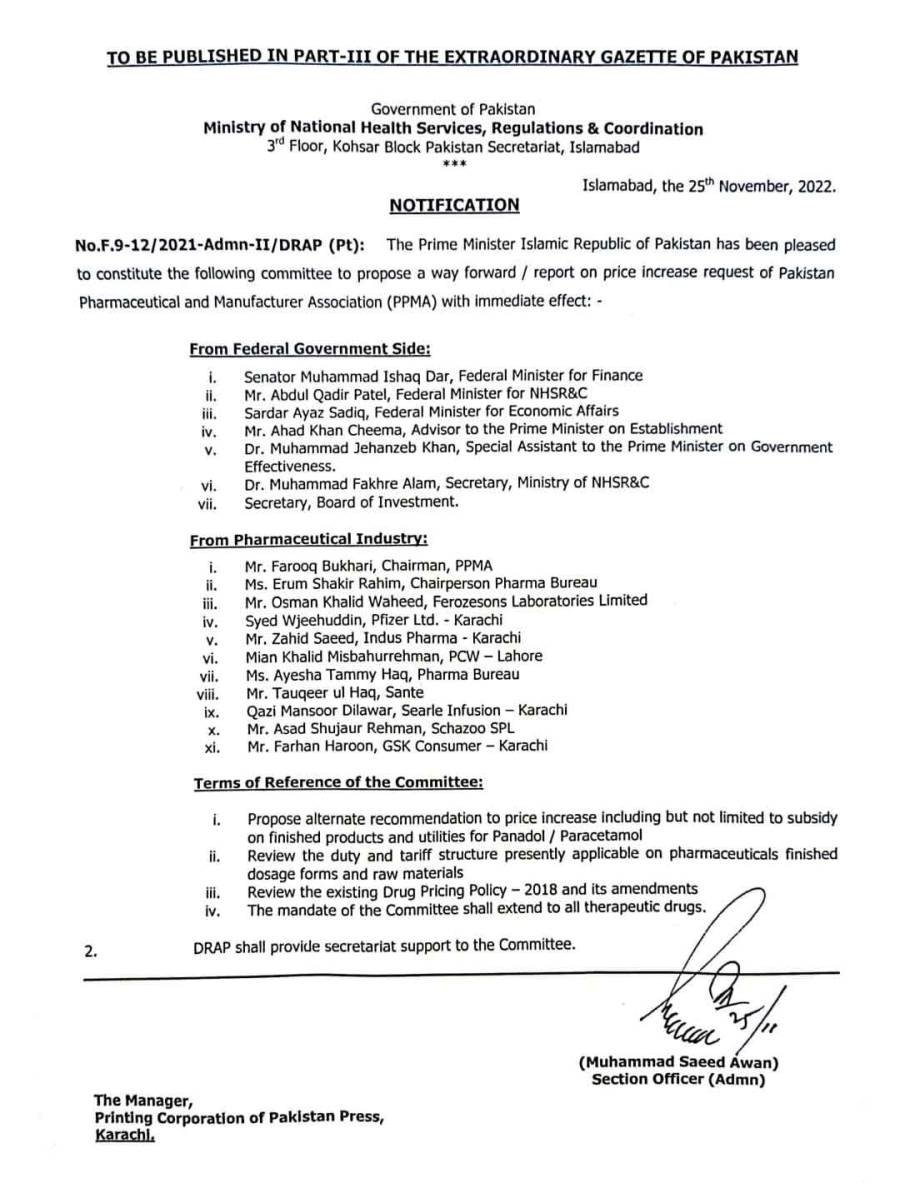