Islamabad (Daily Pakistan Online) Fawad Chaudhary’s reaction to the Election Commission of Pakistan’s statement on the announcement of PTI’s withdrawal from the assemblies was also revealed.

In his statement on the social networking site Twitter, Fawad Chowdhury said that the Election Commission has become the spokesperson of Rana Sanaullah. Incompetent election commissioners and officers are a burden on the public exchequer.

The PTI leader said that it is the responsibility of the Election Commission to hold elections within 90 days after the dissolution of the provincial assemblies, prepare yourself, it is not your job to issue statements.

The spokesman further said that it is difficult to conduct by-elections and general elections in the same year, but they are bound by the law. 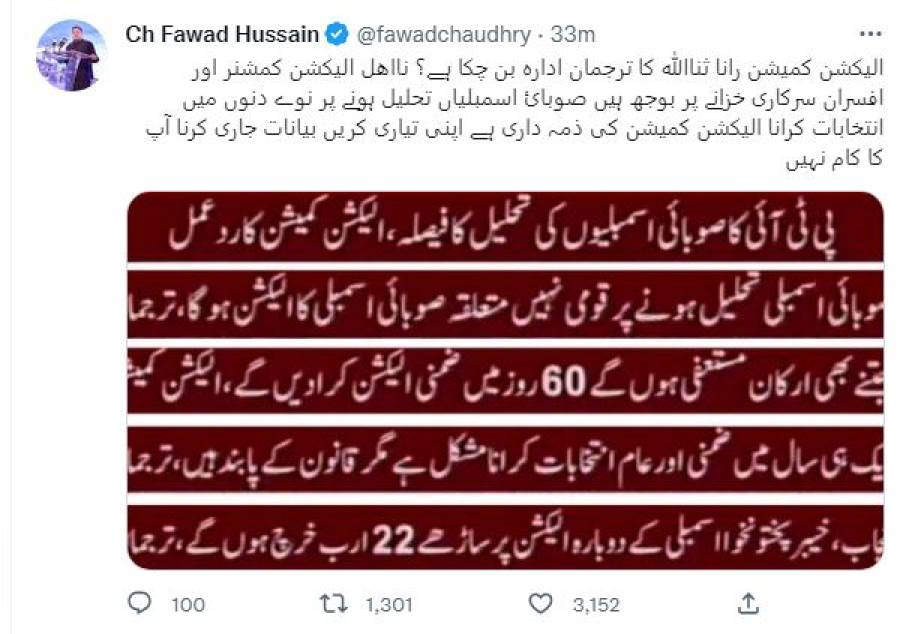