It was all going so well. Perhaps too well.

True, Brazil struggled to break down Serbia in the first half of their World Cup opener. But the ball moved quicker and the talent flowed as Richarlison’s brace sealed a 2-0 win in a scintillating second half. And, surely to the delight of coach Tite, the team went with an ultra-attacking lineup but at no time looked in the remotest danger of conceding a goal. Even the fact that the team had to work hard for its openings was a plus.

Things could hardly have gone better — until a cloud was cast with those two injuries, potentially knocking out Neymar and Danilo from at least the next two matches.

There are some awkward coincidences in the two ankle injuries. Neymar has a history of World Cup misfortune, forced out of 2014 in the course of the competition and four years later coming back from a long-term layoff. And Danilo also fell by the wayside during Russia 2018.

More significantly, the loss of these players sheds light on the two mini-controversies in the squad that coach Tite announced earlier this month: the absence of Roberto Firmino and the inclusion of Dani Alves.

Brazil have more quality wide players than they know what to do with. They probably wish that a football field could have four flanks. The final place in the squad ended up going to one of those wide strikers — the club form of Arsenal’s Gabriel Martinelli proved impossible to resist. Firmino made way, although he is the closest Brazil can get to a replacement for Neymar in the false No. 9 role, opening up space and slipping passes through to the wingers.

Some in Brazil point to the 2019 Copa America, which Brazil won without Neymar, who was injured on the eve of the competition. They argue that, partially based on the evidence of the Serbia match, Brazil are better off without their No. 10. This is surely a false argument. Wingers and centre-forwards rarely win games on their own. The likes of Richarlison and Vinicius Junior benefit hugely from the work of Neymar, still Brazil’s outstanding attacking talent.

But some in Brazil have even been celebrating his injury. Neymar has always been a divisive figure, and surely did himself few favours with an ill-judged entry into the political arena. In a democracy, everyone has the right to vote for their candidate of choice, but Neymar went further with his vocal support of far-right incumbent Jair Bolsonaro, who was beaten in Brazil’s recent presidential elections.

It takes Neymar into terrain which, at this stage in his life, he is ill-equipped to traverse. This, after all, is a man who just a few weeks ago in a Spanish court confessed that he merely signs papers his father puts in front of him. He may have broken a pact in which the Brazil squad appear to have agreed not to become over-involved in the country’s most polarised election in memory.

His choice looks no better in the light of events — Bolsonaro lost his bid for reelection and concerns about his anti-democratic tendencies have been heightened by his reluctance to accept the result. And Neymar unwisely transformed the team into a political vehicle when he promised to dedicate his first goal in Qatar to Bolsonaro. Neymar, then, has found a way to put a majority of the country against him, and many have latched on to Richarlison as the new hero, both for his goals and his social conscience.

But it would be unwise to conflate any bitterness about Neymar’s political stance with doubts about his quality as a player and his importance to the team. He will be missed. And it would be cruel indeed if he does not get a chance to show himself at his best in this competition.

So, without Firmino to step in, Brazil have to get by without Neymar, for the next two games at least. A highly promising generation of attackers now have to accept more responsibility. The coaching staff has huge faith in Rodrygo of Real Madrid, seen as the future of the national team. Has the future come early? Perhaps, although there may not be space for a replacement.

Brazil always intended to use their ultra-attacking formation against Serbia, and revert to something more orthodox against Switzerland, whom they face Monday. They see the Swiss as a more balanced side, with defensive solidity and attacking pace. So the plan always was for Fred to return to the midfield, with Lucas Paqueta moving higher up the pitch.

Someone would have to drop out, which until Neymar’s injury looked like a very tough choice. Before the Serbia game the clear candidate was Vinicius Jr., but it would be a huge call to drop him after his display Thursday. And so Paqueta could simply move up into Neymar’s slot, the sorcerer’s apprentice promoted to the top job, allowing Brazil to retain two wingers and a centre-forward.

Richarlison’s opener, as well as his acrobatic goal for Brazil against Serbia at the World Cup recreated in Lego.

The presence of Fred becomes essential if Brazil are to replace Danilo with the other specialist right-back, Alves. At the age of 39, he needs the protection provided by the lung power of Fred. Coach Tite has traumatic memories of the quarterfinal elimination to Belgium four years ago. The left side was Marcelo, Philippe Coutinho and Neymar. No one was doing much defending, and that is where Belgium looked to strike. A right flank of Alves, Paqueta and Raphinha looks similarly vulnerable.

An alternative would be to play Eder Militao as a defensive right-back. Brazil had a look at this in September’s friendly against Ghana, and the results were better than expected. But it would leave the coach exposed to criticism. What was the point, it would be said, of taking Alves if he was not going to be used when the first-choice right-back gets injured? Such an option would make the absence of Firmino all the more glaring.

World Cups, of course, cannot be won in the group phase. They can only be lost. And the good news for Brazil is that they already have three points in the bag. It gives them some breathing space as they seek to adjust — hopefully, only temporarily — to life without Neymar. 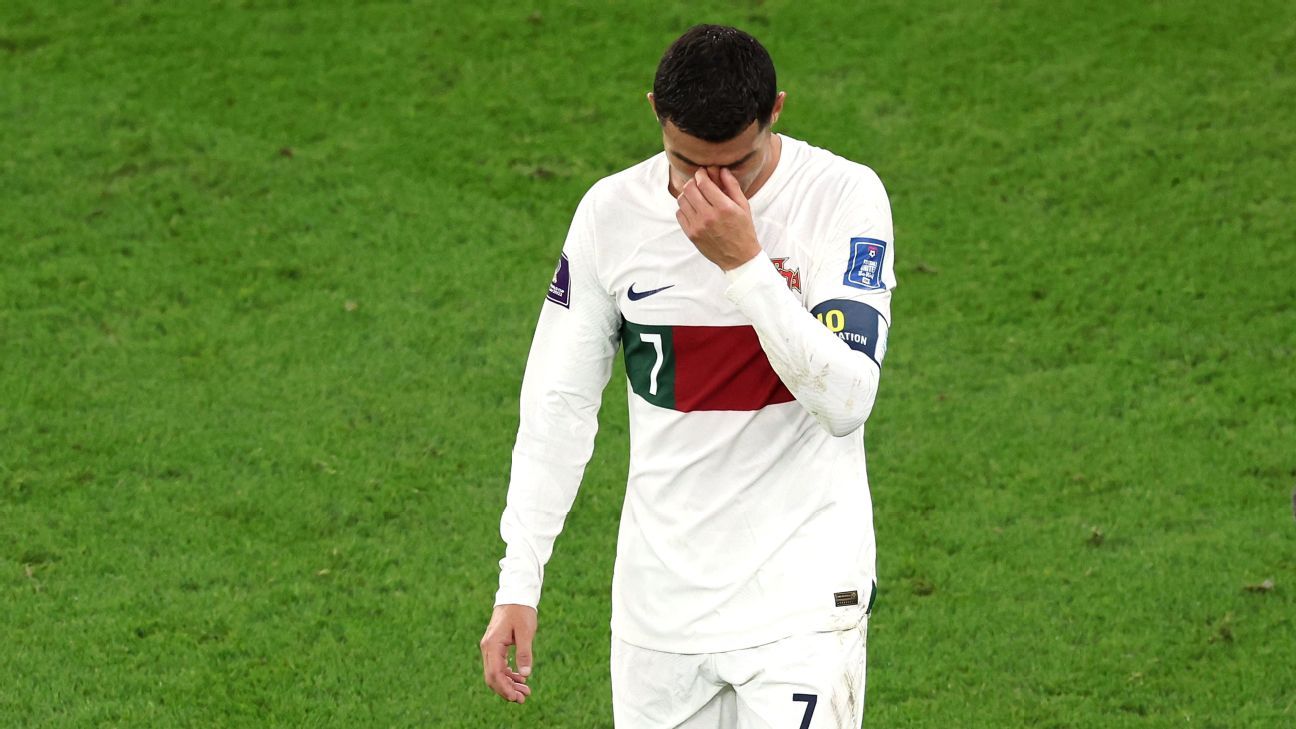 The soccer argument for playing without the ball