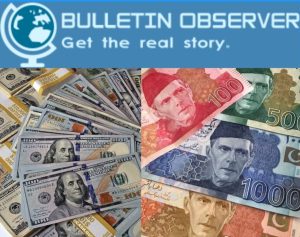 According to the report, potatoes, fresh milk, rice, garlic, beef are among the items that become expensive in a week.

According to the Bureau of Statistics, tomatoes, flour, ghee, LPG household cylinders are among the items that have become cheaper in a week, prices of 23 items have been stable in a week.

On the other hand, State Bank Governor Jameel Ahmed said in his statement that today in the monetary policy committee meeting, it was decided to increase the policy rate by 100 basis points to 16 percent.

The objective of this decision was to ensure that high inflation does not become permanent and risks to financial stability are contained, to pave the way for higher growth on a more sustainable basis. Inflation plays a key role in high food and Qozi inflation.

The decision is aimed at controlling the rising inflation as the floods damaged the crops which increased the prices of food items. The decision was taken to control the risks to financial stability.