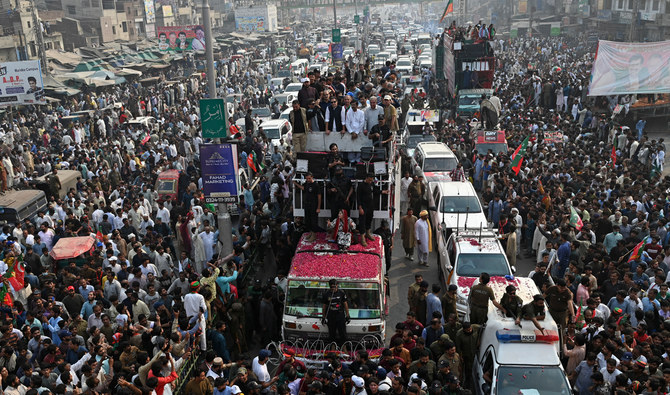 Adviser to Punjab Chief Minister on Home Affairs Umar Sarfraz Cheema has said that all the arrangements for the PTI rally in Rawalpindi have been completed and there is no obstacle in preparing the stage for the PTI rally.Rejecting the rumours, he said that there is no truth in the news about stopping the stage preparation for the PTI rally.
He further said that no obstruction is being created by the police and civil administration, the Punjab Police has made all arrangements for the security of the PTI public gathering in Rawalpindi and the rallies across the province.
The Information Advisor said that the sea of ​​people will reach Rawalpindi today (Saturday).

Meanwhile, the rally of PTI workers and supporters continued in the city while PTI Metropolitan City President Mian Imran Hayat led the rally and reached the local press club.
A large number of workers participated in the rally and raised slogans in favor of Imran Khan and against the imported government.

A large number of people have reached the public meeting place and are raising slogans of their party.

Judiciary has not been given the power to declare the law void in the constitution. Lawyer argues on federal government’s petition against NAB amendments.