The number of people who traveled from Germany to Iraq and Syria in the last nine years and joined the PKK/YPG terrorist organization is 300, the German government said Friday.

The government, in its answer to the parliamentary question of the far-right Alternative Party for Germany (AfD), stated that 300 people from Germany went to the region to join the PKK and its Syrian wing, the YPG.

Noting that of those who left to join the PKK/YPG between June 2013 and Sept. 30, 2022, 150 of them returned to the country, the government announced that it is not known whether the returnees fought against the terrorist organization Daesh or whether they openly supported the war.

In addition, after sharing the information that seven people from extreme left groups left Germany to fight against Daesh and that one of them died, the government reported that the other six people returned to the country.

In the response of the government, it was also pointed out that the Federal Prosecutor General’s Office opened 49 investigations against 45 people who declared that they went to fight against Daesh between June 2013 and September 2022 and returned, but it was not shared whether an investigation was opened against those who went to join the PKK/YPG terrorist organization.

The PKK, which is classified as an “ethno-nationalist” and “separatist” terrorist organization by the EU’s law enforcement agency Europol, has been banned in Germany since 1993.

Although Türkiye has repeatedly called on its NATO ally Germany to take stronger action against the PKK, the terrorist group’s activities have been largely tolerated by authorities, and Berlin has been reluctant to do more to combat the group.

Türkiye has been frequently voicing concerns over European countries’ tolerance toward the PKK; however, the terrorist organization still maintains a strong presence in the region, being able to hold rallies and engage in recruitment activities.

WITH THE GOAL OF RAISING MONEY FOR HUMAN RIGHTS ACTIVISTS AND JOURNALISTS IN UKRAINE, BILLBOARDS WITH THE WORD “HOPEFUL’ LIGHT UP PHILADEPHIA HIGHWAYS 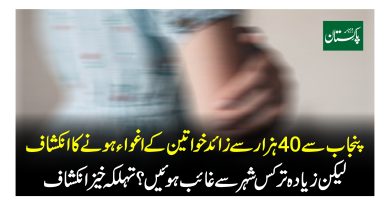 It was revealed that more than 40 thousand women were kidnapped from Punjab, but most of them disappeared from which city? A shocking revelation