When the singer Rod Stewart was offered more than $1 million to perform in Qatar, he said, he turned it down.

“It’s not right to go,” Mr. Stewart told the The Sunday Times of London recently, joining a string of public figures to declare boycotts or express condemnation of Qatar as the Gulf nation hosts the soccer World Cup.

In the prelude to the tournament, which started this past weekend, Qatar has faced an increasing barrage of criticism over its human rights record, including the authoritarian monarchy’s criminalization of homosexuality and the well-documented abuse of migrant workers.

Yet Mr. Stewart voiced no such disapproval when he performed in 2010 in Dubai or 2017 in Abu Dhabi, cities in the nearby United Arab Emirates — a country that also has an authoritarian monarchy and has faced allegations of human rights violations but that has more successfully cultivated a Western-friendly image. Mr. Stewart declined a request for comment through his public relations firm.

That kind of dissonance is one that has increasingly frustrated Qataris as they face the glare of the international spotlight that trains on each World Cup. The tournament has brought a disproportionate burst of negative coverage, they say, and spawned descriptions of their country and people that feel outdated and stereotypical, painting an image of Qatar that they barely recognize.

Qataris say that they are calling out the double standards. Why, they ask, do Europeans buy natural gas from Qatar if they find the country so abhorrent that they cannot watch soccer there? Why don’t some of the international figures who have spoken out against Qatar do the same for the United Arab Emirates?

They have also said that they hope the first World Cup to be held in an Arab nation will challenge stereotypes about Qataris, Arabs and Muslims.

Instead, it sometimes seems to have done the opposite.

In a speech last month, the emir of Qatar, Sheikh Tamim bin Hamad al-Thani, called the opprobrium “an unprecedented campaign that no host country has ever faced.” Speaking to a German newspaper, the Qatari foreign minister, Mohammed bin Abdulrahman al-Thani, said that some of the criticism was racist and arrogant.

Organizers have said that at least 15,000 journalists are expected to visit Qatar, a country with a population of three million, for the World Cup. The torrent of reporting has been overwhelming for a country that rarely makes global news. That is partly why Qatari officials wanted to host the tournament. It fits into a broader, decades-long push by Qatar’s rulers to turn the once-obscure country into a prominent global player, a strategy funded by vast natural gas wealth.

What is the World Cup? The quadrennial event pits the best national soccer teams against each other for the title of world champion. Here’s a primer to the 2022 men’s tournament:

Where is it being held? This year’s host is Qatar, which in 2010 beat the United States and Japan to win the right to hold the tournament. Whether that was an honest competition remains in dispute.

When is it? The tournament opened on Nov. 20, when Qatar played Ecuador. Over the two weeks that follow, four games will be played on most days. The tournament ends with the final on Dec. 18.

Is a winter World Cup normal? No. The World Cup usually takes place in July. But in 2015, FIFA concluded that the summer temperatures in Qatar might have unpleasant consequences and agreed to move the tournament to the relatively bearable months of November and December.

How many teams are competing? Thirty-two. Qatar qualified automatically as the host, and after years of matches, the other 31 teams earned the right to come and play. Meet the teams here.

How does the tournament work? The 32 teams are divided into eight groups of four. In the opening stage, each team plays all the other teams in its group once. The top two finishers in each group advance to the round of 16. After that, the World Cup is a straight knockout tournament.

How can I watch the World Cup in the U.S.? The tournament will be broadcast on Fox and FS1 in English, and on Telemundo in Spanish. You can livestream it on Peacock, or on streaming services that carry Fox and FS1. Here’s how to watch every match.

When will the games take place? Qatar is three hours ahead of London, eight hours ahead of New York and 11 hours ahead of Los Angeles. That means there will be predawn kickoffs on the East Coast of the United States for some games, and midafternoon starts for 10 p.m. games in Qatar.

But the media response has not been what Qatar had hoped for. Asked by a television presenter about his impressions of the country, a French reporter replied, “There are a lot of mosques.” In a photo caption, The Times of London wrote, “The Qataris are unaccustomed to seeing women in Western dress in their country,” a sentence that was later amended. (In fact, foreign residents make up more than 85 percent of the population of Qatar, and women wearing jeans or short dresses are relatively common, unlike in neighboring Saudi Arabia.)

“A lot of reporters lump in all Arab countries together,” said Justin Martin, an associate professor of journalism at the Doha Institute for Graduate Studies, who has spent 10 years in Qatar. “It’s a combination of just abject ignorance and Orientalist tropes.”

Even some Qataris who welcome criticism as an invitation for improvement say that they have been dismayed by the media coverage, which they believe is underpinned by prejudices based in racism, Orientalism and Islamophobia.

An article in one British tabloid decried Qatar’s “savage” laws, a reference that was later changed to “brutal.” On the Rupert Murdoch-owned TalkTV, a relatively small British channel, a presenter asked a guest, “How much respect should we show to cultures which we consider to be, frankly, an abomination?” during a segment about Qatar’s treatment of L.G.B.T.Q. people.

Khalifa Al Haroon, who runs an online visitors’ guide called I Love Qatar, said, “My biggest concern is because of all of the racism, or what is being perceived as articles fueled by racism, it’s taking away from the critical issues.” Loving his country means fixing its problems, he added, and he thinks attention to workers’ rights has helped instigate positive change. But he said that he had been upset by simplistic portrayals that he feels are laced with discrimination.

Mr. Martin, the journalism professor, said he believes that part of the reason the coverage has been so ferocious is because the tournament’s shift from summer to November angered fans and sports journalists by disrupting other countries’ soccer schedules. There’s also been “enmity” over the restricted availability of alcohol in Qatar, a relatively conservative Islamic country, he noted.

The Times of London and TalkTV did not respond to requests for comment.

Stereotypical imagery has done damage as well, many Qataris say. The British soccer magazine When Saturday Comes created a World Cup wall chart with depictions of large-nosed men, two in Gulf Arab attire, including one pushing a wheelbarrow full of cash. The poster was used as an example of prejudiced portrayals by the Qatari-owned channel Al Jazeera during an interview with Hassan Al Thawadi, who heads Qatar’s World Cup organization.

“They have a stereotypical idea that was ingrained in the Western world for generations and ages,” Mr. Al Thawadi said. “In general, the concept is people who aren’t civilized, and the only thing positive about them is money.”

Andy Lyons, editor of When Saturday Comes, rejected suggestions that the wall chart played on stereotypes. The magazine’s cartoonist “draws most figures” with large noses and the cash was intended to represent the bribes that American investigators and FIFA itself have said were paid to multiple FIFA board members in the awarding of the tournament, Mr. Lyons wrote in an email.

Criticism of the World Cup’s host country accompanies every tournament, to varying degrees. South Africa faced it over safety concerns before the 2010 competition, Brazil faced it over corruption and crime ahead of the 2014 edition, and Russia faced it over political repression, homophobia and police brutality in the prelude to the 2018 version.

But for Qataris and other Arabs, much of what they are seeing hurts because it compounds centuries of harmful representations by North Americans and Europeans.

Still, some analysts see the government’s efforts to highlight prejudice as a way of stoking nationalism and deflecting attention from abuses. Political participation in Qatar is severely limited. L.G.B.T.Q. people face bigotry and potentially prosecution by the authorities. Women in Qatar hold leadership positions, but require permission from a male guardian to marry or, before the age of 25, travel abroad.

Mira Al Hussein, an Emirati sociologist at Oxford University, said, “I think we are justified in our outrage against the racist and Orientalist undertones that characterize the criticism emanating from the West against Qatar lately.”

“But we cannot fault the fact,” she added, that Qatar and the rest of the Gulf States constantly make headlines for a “lamentable human rights record.”

While the Qatari government has improved protections for migrant workers, activists say that the changes are insufficient. Vulnerable migrant workers, mainly from South Asia and Africa, built the infrastructure that made the World Cup possible. They face abuse and exploitation, working grueling hours for meager pay — though scholars point out that Gulf societies are just one locus in a global system that creates these hierarchies.

A series of incidents in the prelude to the tournament have not helped. Journalists bristled at restrictions on the locations where they could film. An abrupt decision to ban beer at the stadiums caused an outcry. FIFA prevented team captains from wearing rainbow-colored armbands in matches as part of a social justice campaign.

When FIFA’s president, Gianni Infantino, attacked Western critics of Qatar on Saturday, he effectively wrested the narrative away from some of those episodes.

But as off-putting as his comments were to some, they resonated with many in the Middle East, who focused in particular on one remark he made: “I think for what we Europeans have been doing around the world for the last 3,000 years, we should be apologizing for the next 3,000 years, before starting to give moral lessons.”

Youssef Cherif, director of Columbia University’s Columbia Global Center in Tunis, said that Qatar and the United Arab Emirates had comparable labor and human rights violations. But, he added, “while both autocracies reached the hearts and minds of Arabs, only one of them won in Western circles, and that’s the U.A.E.,” attributing the difference to the Emirates’ having crafted a “modernist, lovable, Orientalist brand for themselves.”

Qatari organizers have tried to use the World Cup to introduce visitors to their culture and more broadly, to Islam, with translations of prophetic sayings displayed around the capital, Doha. Officials emphasize that it is the first World Cup in a region filled with soccer fanatics.

“For 450 million Arabs, this is something they thought they would never see in their lifetimes,” Ali Al-Ansari, Qatar’s media attaché in the United States, said in a written statement.

“The success of this World Cup will not be measured by how some people and groups in a small number of European countries, who are unfortunately unable to look past their prejudice, perceive it,” Mr. Al-Ansari said. 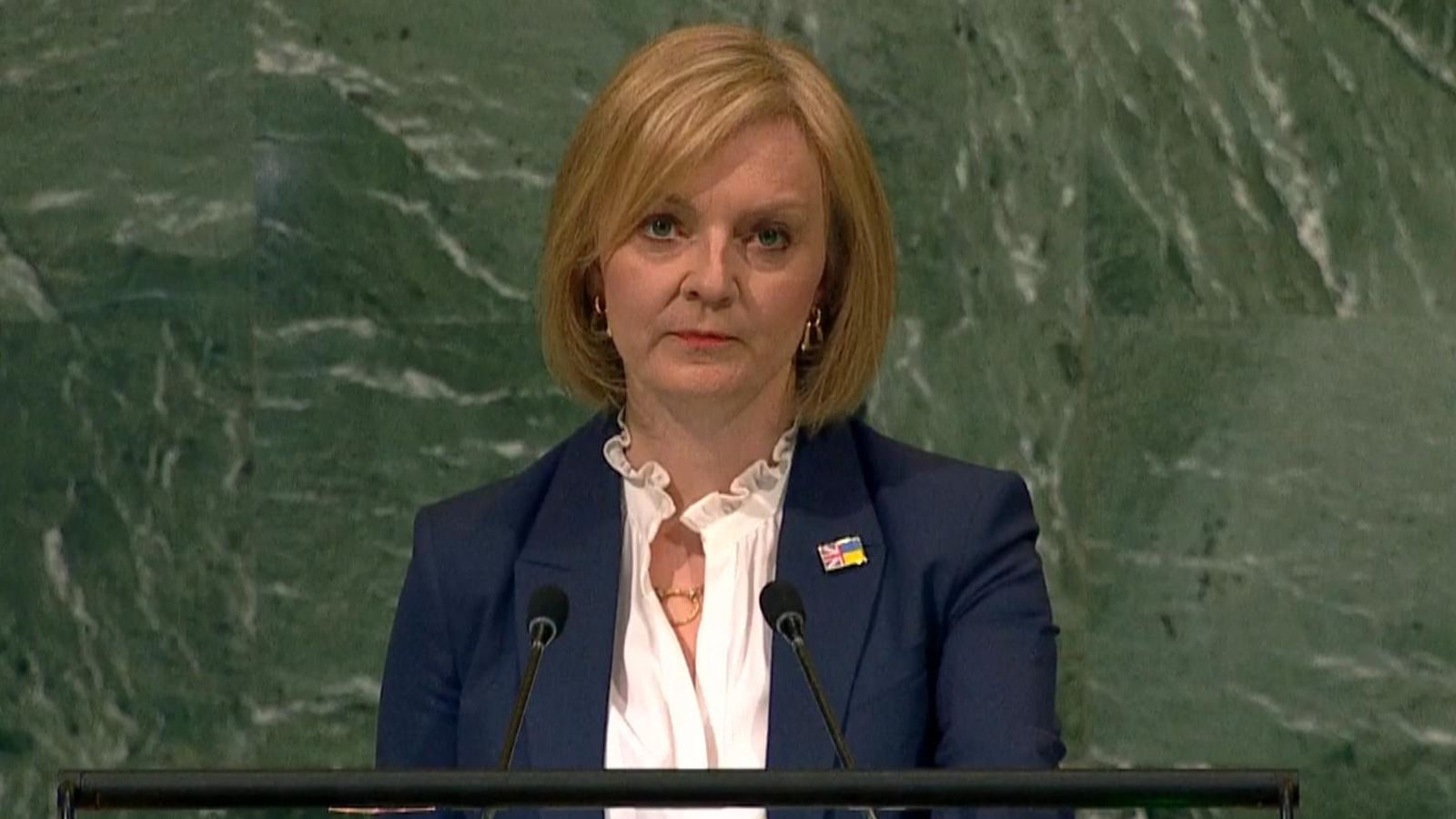 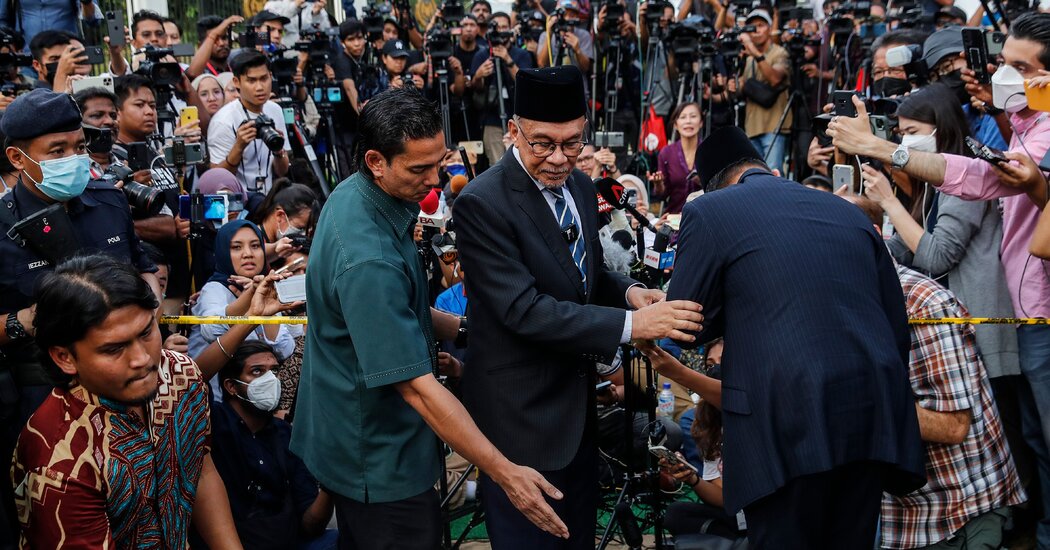