A Russian missile hit a hospital’s maternity ward in southern Ukraine overnight, killing a newborn boy and injuring his mother, the Ukrainian authorities said on Wednesday, describing an episode that has further fueled national outrage at Russian attacks on civilians during the nine-month war.

Emergency workers pulled the boy’s mother and a doctor from the wreckage of a two-story building in the town of Vilniansk, in the Zaporizhzhia region, according to Ukraine’s state emergency service, which released video footage of the recovery efforts.

“Grief fills our hearts,” Oleksandr Starukh, the head of the regional administration, said on the Telegram messaging app.

Photographs posted by Kyrylo Tymoshenko, the deputy head of the Ukrainian president’s office, showed rescue workers approaching a two-story building at night. Its windows had been blown out and bits of masonry and planks protruded from the holes.

A video posted on Twitter by Ukraine’s army high command showed rescue workers digging with their hands to retrieve a man buried from the waist down in rubble. A rescue worker was giving the man, who appeared to be wearing green scrubs, water. The New York Times has confirmed the authenticity of the photographs and the video.

President Volodymyr Zelensky of Ukraine responded to the attack, writing on Telegram that: “The enemy has once again decided to try to achieve with terror and murder what he wasn’t able to achieve for nine months and won’t be able to achieve. Instead, he will only be held to account for all the evil he brought to our country.”

The Ukrainian authorities said that an S-300 missile had struck the building. Moscow has escalated its attacks on civilian targets and energy infrastructure across the country in recent weeks as it has sustained a series of battlefield losses. But Zaporizhzhia has been battered for months. It was not immediately clear if there was Ukrainian military nearby or if the hospital had been specifically targeted.

Attacks on maternity wards and hospitals have crystallized revulsion in Ukraine about Russia’s invasion. In March, at least 17 people were injured when Russian forces struck a hospital and maternity ward near the start of a siege that devastated the southern city of Mariupol. In all, more than 600 health care facilities across Ukraine have been affected by attacks, according to data from the World Health Organization.

At least 437 children are among more than 8,300 civilians who have been killed in Ukraine since Russia launched its invasion in February, the country’s prosecutor general, Andriy Kostin, said on Saturday. He said that more than 11,000 civilians had been injured.

In a report published on Nov. 14, the Office of the U.N. High Commissioner for Human Rights said that 408 children were among 6,557 people killed since the invasion began. Both the Ukrainian authorities and the United Nations say the true figures were “certainly higher.” Data from the United Nations showed that March had been the conflict’s deadliest month.

At least seven civilians have been killed in Ukraine since Tuesday and 23 others have been wounded, according to Mr. Tymoshenko. Among the dead were two people in Kherson region in the south of the country and two others in Kharkiv in the northeast, he said.

“A 13-year-old boy died when he was driving with his father from the church, where they were hiding from shelling,” Yaroslav Yanushevych, the head of Kherson’s regional military administration, said on Ukrainian television. “The child was wounded by a cluster projectile and died at night in the hospital.”

He said that another boy in the region had lost an arm when he was hit by shrapnel, while another was wounded in the stomach. He gave no further information about the attacks. 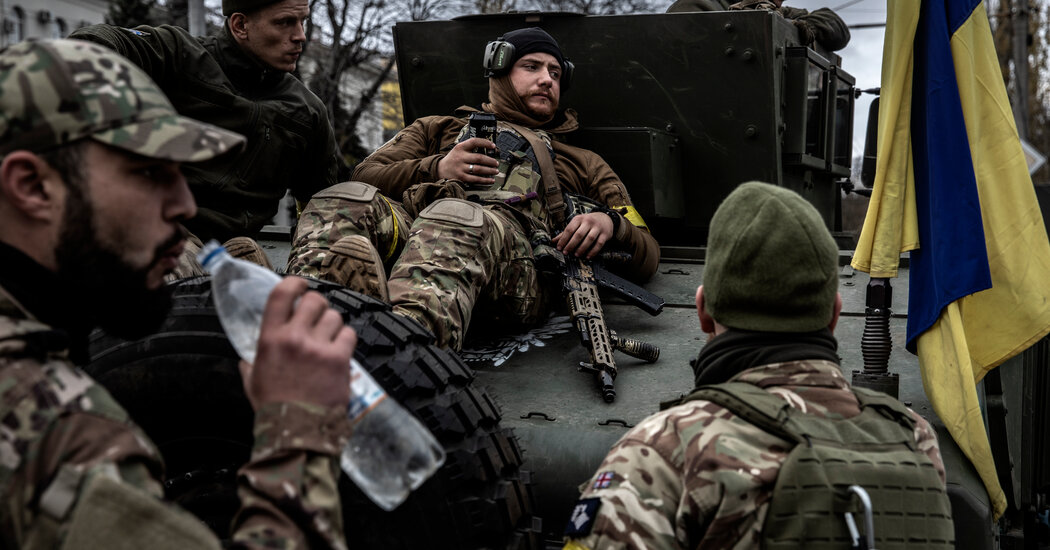 Russia-Ukraine War: Verdict Due in Case of 2014 Malaysia Airlines Flight Shot Down Over Ukraine