Keira Walsh, along with Lucy Bronze, will become the first England international since Gary Lineker to play for Barcelona at Camp Nou on Thursday when the Catalans host Bayern Munich in the Champions League.

Walsh, 25, grew up watching Barcelona games with her dad and fulfilled a dream in the summer when she joined the club from Manchester City in a transfer worth around €400,000 — a record fee in the women’s game.

She followed Bronze, who had already joined Barca as a free agent, and cannot wait to step onto the pitch at Camp Nou, where the Blaugrana broke the attendance record in women’s football last season when 91,648 supporters watched them beat Wolfsburg.

“Last year, I was on the outside looking in, seeing all of the fans and Alexia [Putellas] banging the drum after the game,” she said ahead of Thursday’s game.

“Lucy and I have spoken about it and we are both really excited to be a part of it. It is something we have been looking forward to since the start of the season. It’s such a special stadium and the supporters here are so special.

“I have watched the men play this season and the atmosphere just as a fan is crazy. For me, it’s something I have never experienced at a football game before. The passion from the fans is next level.”

Unfortunately for Walsh her dad, Peter, will not be able to attend the game.

“He has to work,” she said. “He took too much time off at the start when I first moved over, helping me settle in and experiencing the culture with me at the time. He can’t have more time off — I don’t think mum would let him.

“But he will be watching on TV. He was massive in me coming here and that decision. He has always made me watch Spanish football; he always appreciated it. Obviously City were not so great when I was younger, they did not win so many games, so he also made me watch Barca, so that is why it is such a special feeling for me to be here.”

Walsh joined a Barcelona side that have won the Spanish league in each of the last three seasons and been in three of the last four Champions League finals, winning the competition for the first-ever time in 2021.

She has her own pedigree, having won the European Championships with England in the summer, but has still found it a step up at Barcelona.

“It takes time to adapt at any club and the way Barca play is so specific,” she added. “I think it’s a bit similar to City, obviously Pep [Guardiola] has taken that style to Manchester, but it took a bit of getting used to.

“For me, it was the intensity. People talk about Spanish players being technical and tactical, but the aggressiveness in training and competitiveness surprised me.

“There were definitely times I thought I need to step up my level a little bit. It’s natural coming here. It is such a special club. People talk about the football but when you are here, embracing it, it feels more like a culture.”

There have also, Walsh joked, been some language issues.

“Honestly, my Manchester accent has probably been the biggest challenge,” she laughed. “I don’t speak Spanish or Catalan yet and my English accent is not the easiest to understand. I am speaking slower now and using less slang than I normally use.”

Barca and Bayern have both won their opening two fixtures in the Champions League this season, although Barca will be without two of their best players in Putellas and Caroline Graham Hansen when the teams meet on Thursday.

However, Barca boast so much depth that they have not yet noticed those absences with others stepping up this season. Walsh singles out midfielder Patri Guijarro.

“If we are talking about the world’s best midfielders, she is definitely up there,” she said. “I don’t think she gets enough credit. If you look at the Ballon d’Or and the voting, she should definitely be in there.

“Training with her every day, she does things I don’t see many players doing. She sees passes when I am standing next to her and I don’t have any pressure and I can’t see the pass she’s playing.”

With the game coming during a six-week break for the men’s team due to the World Cup, Barca hope the turnout will once again be good for Bayern’s visit.

Walsh, meanwhile, is keeping an eye on England’s progress in Qatar, although she admits to feeling conflicted due to the issues surrounding the tournament.

“Something we pride ourselves on as Lionesses is that we use our platform so people can hear our voices,” she explained. “For us, as females in general, it felt like a backward step, the World Cup being played in Qatar.

“Obviously females in general don’t have a lot of rights over there. For what we are pushing for, it kind of feels like a backward step.

“But the boys supported us and ultimately as a football fan it is hard not to support the team you watched growing up. It’s the World Cup, a special tournament. I watched the game on Monday [against Iran]. It was a great result. I think it is hard balancing the two, but for us I think we still have to voice our opinion on those matters.” 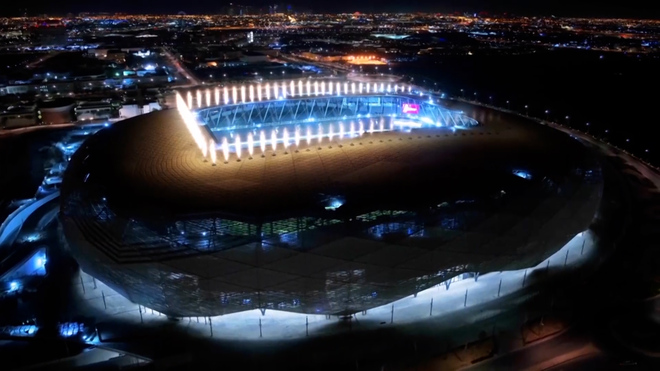 Germany appeal to CAS, meaning 'One Love' armband case could be overturned