At least three civilians were killed Tuesday in northwestern Syria in a rocket strike by the PKK terrorist organization’s Syrian branch YPG, according to reports.

Eight others were wounded in the attack in the Azaz district. The strike was carried out by PKK/YPG terrorists in the Tal Rifaat area which has been under the terrorist group’s occupation for more than six years.

The injured were transferred to surrounding hospitals.

The PKK/YPG mostly carries out terrorist attacks in Manbij, Ain al-Arab and the Tal Rifaat district of Aleppo. The terrorist group uses those areas as bases for its attacks.

No casualties have been reported, according to sources.

Türkiye has made separate agreements with the United States and Russia for the withdrawal of PKK/YPG elements as the Turkish Armed Forces (TSK) were carrying out Operation Peace Spring, which began on Oct. 9, 2019, in northern Syria.

After pledging the withdrawal of the PKK/YPG 30 kilometers (18.6 miles) south of the Turkish border in line with the agreements, the U.S. and Russia have failed to keep their promises for two and a half years.

During a visit to Türkiye by then-U.S. Vice President Mike Pence eight days into Operation Peace Spring, the U.S. pledged that the terrorist group would withdraw 32 kilometers south from the border, but Washington did not fulfill its commitment.

Russia also committed to the removal of the terrorist group from Tal Rifaat and Manbij under an agreement reached with Türkiye during Operation Peace Spring.

“We gave our answer to the vile attack that cost the lives of six innocents by razing the terrorist targets in northern Iraq and Syria,” Erdoğan said at an opening ceremony in northeastern Artvin province.

He said that Türkiye would “soon” launch a ground operation in Syria against the YPG, which is the Syrian branch of the PKK terrorist group, following air raids.

“We have been bearing down on the terrorists for a few days with our planes, cannons and guns,” Erdoğan said in his speech. “God willing, we will root out all of them as soon as possible, together with our tanks, our soldiers.”

“We know the identity, location and track record of the terrorists. We also know very well who patronizes, arms and encourages terrorists,” Erdoğan said, implying the U.S. support for the YPG.

Early Sunday, Türkiye launched Operation Claw-Sword, a cross-border aerial campaign against the PKK/YPG, which has illegal hideouts across the Iraqi and Syrian borders where they plan attacks on Turkish soil. The country’s air operation followed the Nov. 13 terrorist attack on Istanbul’s crowded Istiklal Street that killed six people and left 81 injured.

Previously, Erdoğan on Monday signaled a ground operation in northern Iraq and northern Syria to eliminate the terrorist threat, adding that Türkiye will not remain silent against terrorism.

The Turkish leader has threatened a new military operation into northern Syria since May and upped those threats in the wake of this month’s attack.

Türkiye sees the PKK and the YPG as the same terrorist group and has called on countries, especially the United States, to cut all support to the terrorists, Defense Minister Hulusi Akar also reiterated Tuesday.

Interior Minister Suleyman Soylu also said that the YPG terrorists wanted to establish “a terrorist state around us, we could not allow that. Protecting our borders and our nation is our responsibility and duty.”

Erdoğan has repeatedly called for a 30-kilometer “safe zone” to protect Türkiye against cross-border attacks from Syrian territory.

The PKK is a designated terrorist organization in the U.S., Türkiye and the European Union, and Washington’s support for its Syrian affiliate has been a major strain on bilateral relations with Ankara. The PKK/YPG has controlled much of northeastern Syria after the forces of Syrian regime leader Bashar Assad withdrew in 2012. The U.S. primarily partnered with PKK/YPG terrorists in northeastern Syria in its fight against the Daesh terrorist group. On the other hand, Türkiye strongly opposed the PKK/YPG’s presence in northern Syria.

Under the pretext of fighting Daesh, the U.S. has provided military training and given truckloads of military support to the PKK/YPG, despite its NATO ally’s security concerns. Underlining that one cannot support one terrorist group to defeat another, Türkiye conducted its counterterrorism operations, throughout which it has managed to remove a significant number of terrorists from the region.

Since 2016, Ankara has launched a trio of successful anti-terror operations across its border in northern Syria to prevent the formation of a terror corridor and enable the peaceful settlement of residents: Euphrates Shield (2016), Olive Branch (2018), and Peace Spring (2019).

Meanwhile, schools were suspended in Syria’s northern cities of Tal Abyad and Jarablus on Tuesday amid attacks by the PKK/YPG terrorist group.

Local council officials, who spoke on condition of anonymity, said the education process in schools in Jarablus across the Karkamış district, and in Tal Abyad across the Akçakale district of Şanlıurfa was halted until further notice.

The officials attributed the decision to the increasing attacks by PKK/YPG terrorists on civilian settlements in the area.

Approximately 66,000 students are enrolled in 334 schools in Jarablus and Tal Abyad. On Monday, PKK/YPG terrorists launched rocket attacks in Jarablus.

“Schools were suspended on Tuesday due to PKK/YPG shelling of the surrounding area of Karkamış and Jarabulus,” Ubayda Bilal, a Syrian civilian in Jarablus, told Anadolu Agency (AA).

He said families are afraid for the safety of their children as the city is a constant target of attacks by PKK/YPG terrorists.

“The suspension of schools gives the families some relief,” he added. 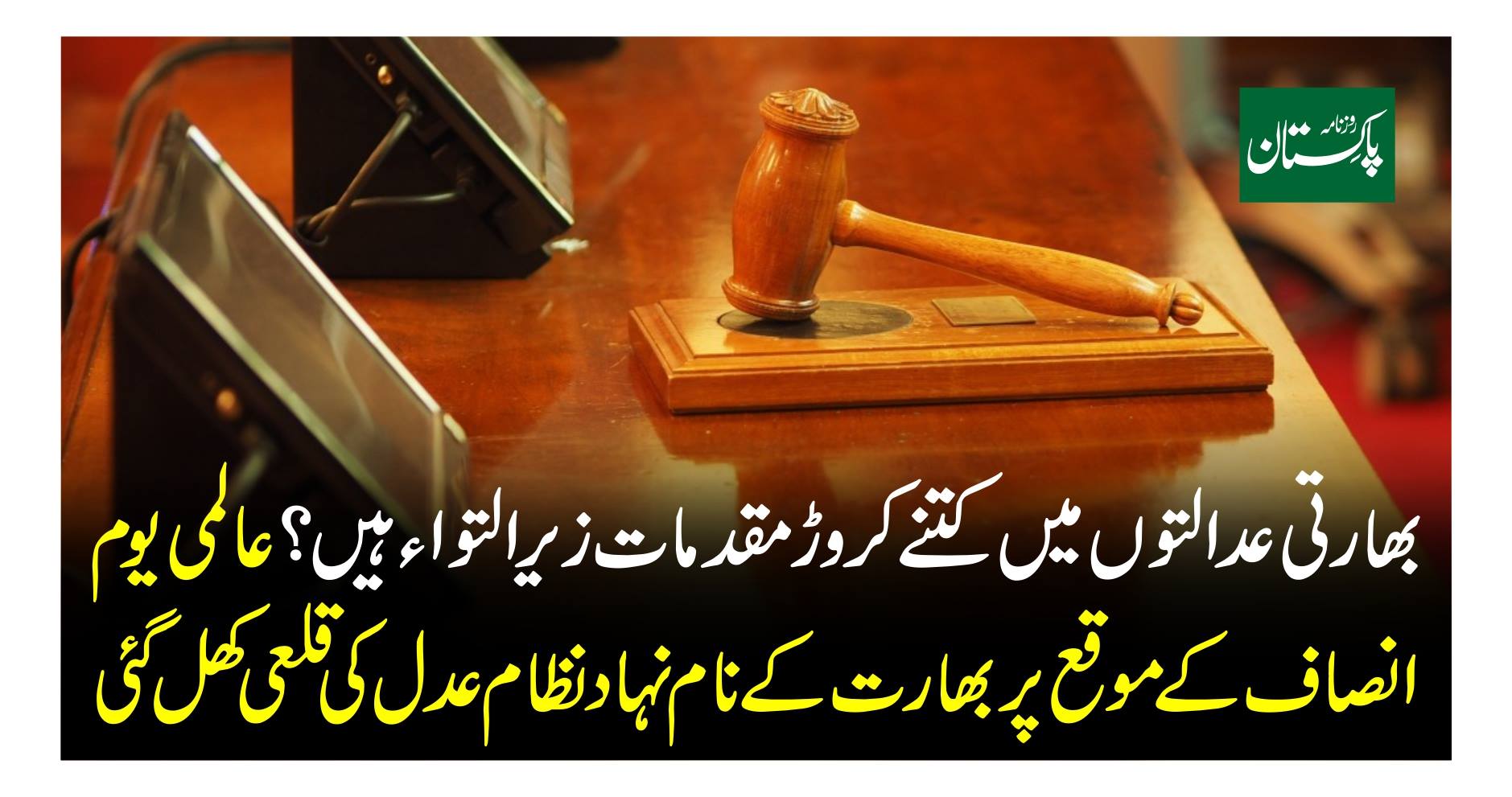 How many crores of cases are pending in Indian courts? On the occasion of International Justice Day, the fortress of India’s so-called justice system was opened