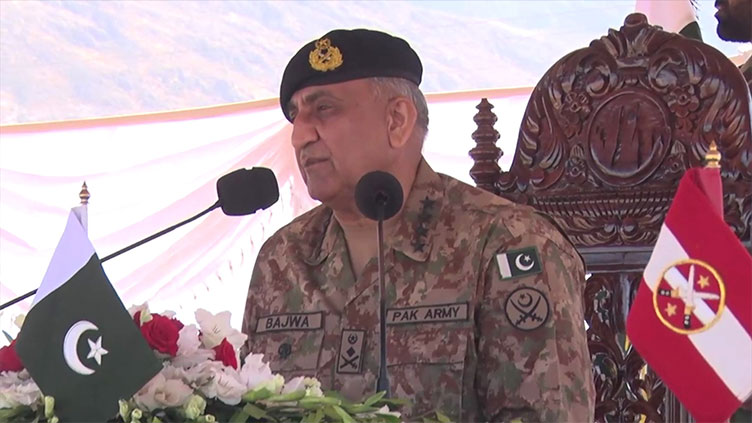 A statement from the Inter-Services Public Relations (ISPR) said that COS Bajwa laid wreaths at the martyrs’ memorial and interacted with officers and jawans.

He appreciated the efforts and cooperation of the Corps and its formations for peace and stability in the province, support of the provincial government during the recent floods and socio-economic development.

Later COS Bajwa inaugurated Sheikh Muhammad Bin Zayed Al Nahyan Institute of Cardiology Quetta (ICQ). It is the first cardiac facility of 120 beds to be established in collaboration with the United Arab Emirates (UAE).

COAS said that this cardiac institute in Quetta will serve the population of Balochistan and two more facilities are planned for Balochistan under the same project.

COAS also presented Star of Quaid-e-Azam to UPAP Director Abdullah Khalifa Saeed Al-Ghafili on behalf of the President of Pakistan.

General Bajwa also visited Command and Staff College (C&SC) and School of Infantry and Tactics (SI&T). During the visits, the COAS interacted with faculty and student officers.

Earlier, the Army Chief was received by Corps Commander Lt. Gen. Asif Ghafoor on his arrival in Quetta.

Punjab government’s decision not to stop traffic for VVIP movement

Two alleged suicides of youth were reported in Karachi