“So far, 471 targets have been targeted in the operation, and 254 terrorists have been neutralized,” Defense Minister Hulusi Akar said at the operations center of the Land Forces Command in the capital Ankara.

“Terrorists have despicably attacked civilian targets. We will silence them as soon as possible,” Akar added.

Ankara only targets terrorists and their hideouts during the operation, Akar reiterated, saying: “We do not have any problems with any ethnic, religious or sectarian group, or with our Kurdish or Arab brothers.”

After the air operation was launched, President Recep Tayyip Erdoğan also signaled a ground operation to northern Iraq and northern Syria to eliminate the terror threat, saying: “This is not limited to just an air operation.”

Türkiye responded to the recent Istanbul terrorist attack by destroying targets of the terrorist organization in northern Iraq and Syria, Erdoğan also said Tuesday, vowing to root out terrorism posing a threat to national security.

“We gave our answer to the vile attack that cost the lives of six innocents by razing the terrorist targets in northern Iraq and Syria,” Erdoğan said at an opening ceremony in northeastern Artvin province.

He said that Türkiye would “soon” launch a ground operation in Syria against the PKK/YPG following air raids.

“We have been bearing down on the terrorists for a few days with our planes, cannons and guns,” Erdoğan said in his speech. “God willing, we will root out all of them as soon as possible, together with our tanks, our soldiers.”

“We know the identity, location and track record of the terrorists. We also know very well who patronizes, arms and encourages terrorists,” Erdoğan said, implying the U.S. support for the YPG. 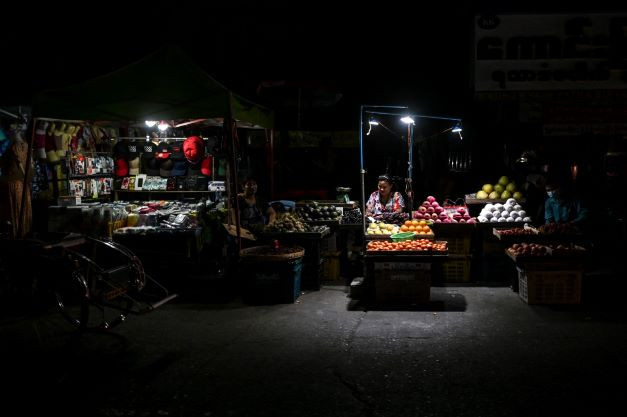