Tim Fiorvanti/ESPN
Michael Ruane (center) embraced his unknown status before making it to the November Nine.

LAS VEGAS — With the possible exception of chip leader Cliff “JohnnyBax” Josephy, none of the members of the November Nine was a household name before the World Series of Poker main event started. In Michael Ruane’s case, that was just fine by him.

Anyone looking up information on Ruane would find that he didn’t have a WSOP bracelet and had just three career cashes for a total of $24,438, with the best finish being 37th in a $1,500 buy-in, no-limit hold ’em event in 2012. He also had just one cash in a WSOP Circuit event, in 2012, but he’s had none since.

Ruane is 28, but with his black T-shirts, he looks like a teenager just blending in with the crowd at a rock concert, certainly not someone to fear at the biggest poker tournament in the world. He has mostly avoided interviews to keep his low profile, believing that gives him an advantage.

The WSOP’s first official news release on the November Nine even called Ruane “as big a surprise to be at this final table as anyone.”

It’s almost fitting that he is in fifth place, right in the middle of the final table of nine. He doesn’t have one of the biggest stacks, but he’s not short-stacked either. If the November Nine were on a menu, he would be the bologna and cheese sandwich. But more on that later.

It won’t be as easy for Ruane to go incognito in poker circles anymore. He’s going to become pretty well known over the next three months before returning to the Rio’s final table in the Penn & Teller Theater. Anonymity was nice while it lasted.

“That’s gone out the window,” Ruane, of Hoboken, New Jersey, said after making the main event’s final table, adding a guaranteed $1 million to his career earnings. “Even if you Google my name for poker, nothing really comes up. I’ve always kind of flown under the radar. At this table, now that we’ve played together for so many days, everyone knows everyone’s capable and everyone’s good, so I don’t think it matters anymore, but I was trying to keep it under wraps.”

Ruane’s secret, and the reason he appeared to have fallen off the face of the Earth, is that he left the country and started playing mostly cash games after April 15, 2011, also known as poker’s Black Friday because the three top online poker sites in the U.S. were forced to shut down. He grinded out a living, but after a few years of enjoying being a little closer to home while living in Montreal, he was happy to return to New Jersey, which had since legalized online poker in 2013. He decided to come out to the World Series of Poker this summer and entered just two small events, a $1,000 no-limit event and a $1,000 online event at WSOP.com, before the main event.

As for his trip to the final table, Ruane said he mostly just chipped up every day with no major swings in his stack.

“I was actually never all-in the whole tournament,” he said. “I just had showdowns versus smaller stacks that I was like 5-for-6. I had a hand [on Sunday] where I backdoored a flush. That was a huge hand. [On Monday], I had a huge hand versus James Obst where I had a straight flush and he had a boat, and I shoved and he folded.”

That was right before the first break on Monday and actually put Ruane in the lead with more than 37 million in chips. He maintained the top spot through the second break of the day before grinding away most of the rest of the day. He is fifth with 31.6 million in chips. The leader is Cliff Josephy of Muttontown, New York, at 74.6 million, and Qui Nguyen of Las Vegas is not far behind with 67.925 million. Gordon Vayo (49.375 million) and Kenny Hallaert (43.325 million) are also ahead of Ruane.

Asked how he planned to prepare for the final table, Ruane said he hadn’t even thought of it yet.

“I’m going to go back to Jersey and figure it out. I don’t really play a lot live actually,” he said, adding that he prefers playing online.

“I play like five live tournaments a year,” he said, before acknowledging the last live tournament he played was probably one year ago at the Borgata. “Maybe I’ll be playing some bigger stuff live.”

Whatever those final table preparations include, they’re sure to involve his younger brother, Sean. After clinching his spot in the November Nine, Ruane’s first call was to his brother.

“I taught him how to play poker when he was like 14,” Ruane said. “He just became super good at it super quick. It was almost like the student becoming the master.

“He’s taught me a ton. He and I moved out of the country together, we lived together since Black Friday. We lived in Malta, Costa Rica, for a bit, Montreal. He’s literally been there every step of the way. We live in New Jersey together, so this is his just as much as it is mine, so I called him right away.”

Ruane has a twin brother and another younger sister, but being the big brother doesn’t mean he acts like it. He dresses like a kid, and his eating habits haven’t matured much either.

But when he was instructed to return Tuesday to do more interviews and received more information on procedures for the final table, Ruane had a very adult response. 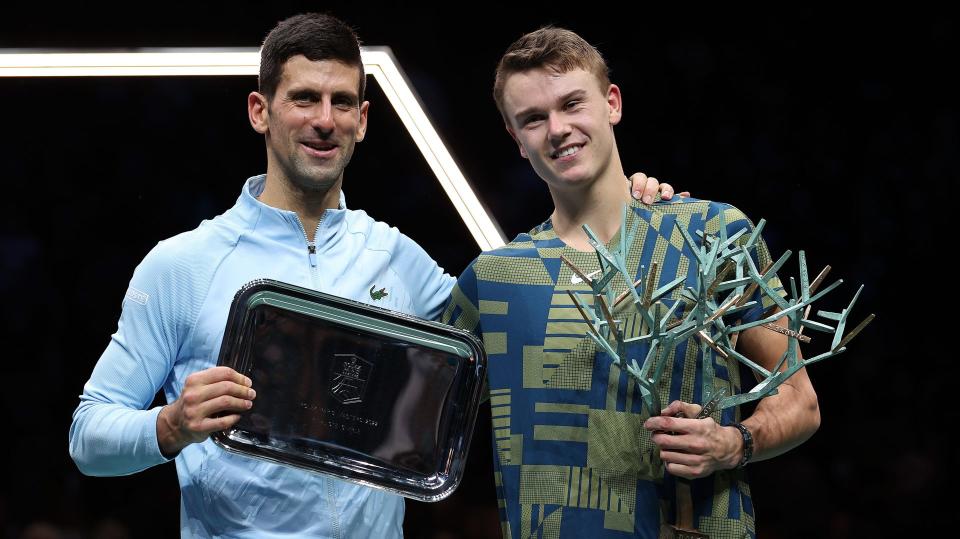