A fact finding committee formed by the Human Rights Department, has submitted its report on lynching incident of two employees of a telecom company in Machhar Colony here.

Scores of accused including an administrator of a mosque were arrested in ruthless killing incident of two workers of a telecom company at Karachi’s Machhar Colony on October 28.

The committee’s report pointed out absence of Police Service 15 in the area, which is notorious for rampant crimes, drug peddling and a stronghold of drug mafia.

The police should be given proper training for mob handling, investigation should be initiated against those spreading rumors and stern action should be taken against them, the report recommended.

The institutions should create awareness to verify rumours and speculations, according to the report.

The report also recommended arrest of all culprits, fair trial and strict punishments to them.

The employees should also be trained to take protective measures for their security, the fact-finding committee recommended.

The police said that the employees who were trying to save their lives from the mob in the car were dragged down and tortured to death with the construction blocks.

TTP’s attacks inside Pakistan should be a matter of concern for Afghanistan: Rana Sana 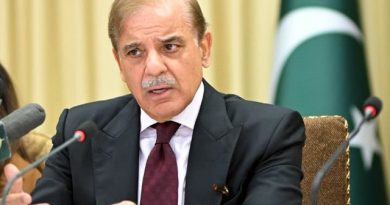 Pakistan to hold next elections ‘on time’ after August 2023: PM Shehbaz Sharif

Karakoram Highway opens for traffic after removal of blockages