Defending Taiwan is primarily the responsibility of the country itself, Foreign Minister Jaushieh Joseph Wu said as tensions between China and the self-ruled island democracy that Beijing claims as part of its territory run high.

“Defending Taiwan is our responsibility. If we are not determined to defend ourselves, we have no right to ask others to help us. The United States or any other country cannot help Taiwan more than Taiwan wants to help itself,” Wu told a group of international reporters at the ministry in the capital Taipei.

“But in the process of preparing for our self-defense capabilities, it will be the period that we need support from the U.S. or other like-minded countries in providing the necessary defense weapons, or engage in security cooperation or engage in serious discussions on how Taiwan can better be prepared for the military scenario.”

A growing number of U.S. lawmakers have called for going further, including by directly sending military aid to Taiwan, saying that Russia’s invasion of Ukraine shows the need for early preparation.

The tension between Taipei and Beijing has risen since China staged war games near the democratically governed island in August after a visit by Nancy Pelosi, then speaker of the U.S. House of Representatives.

“Peace and stability over the Taiwan Strait are very important,” Wu highlighted, indicating that other countries would respond to any unilateral moves in the area.

The U.S. does not recognize the island as independent but has pledged to help it defend itself, while Xi’s government is stepping up its rhetoric about being ready to use force to take control over what it considers part of its territory. The U.S. switched recognition from Taipei to Beijing in 1979 but sells weapons to Taiwan for its self-defense.

Wu’s comments came after U.S. President Joe Biden and Chinese leader Xi Jinping met at the sidelines of the G-20 Bali summit last week with the issue of Taiwan high on the list of issues in the bilateral talks.

“We’re committed to maintaining the peace and stability in the Taiwan Straits,” Biden said. It’s a phrase that Washington uses all the time to say that it wants to keep the status quo – not allowing China to take control over Taiwan.

On the other side, Chinese state media said Xi had brought up Taiwan as being at “the very core of China’s main interests.” It is “the first red line that must not be crossed in China-U.S. relations,” Xinhua News Agency reported.

Beijing regards Taiwan as part of the People’s Republic and has threatened to conquer it if the 23 million Taiwanese resist peaceful unification.

Taiwan and China split in 1949 following a civil war that ended with the Communist Party gaining control of the entire mainland. The island never has been part of the People’s Republic of China, but Beijing says it is obliged to unite with the mainland, by force if necessary.

Jinping’s government stepped up efforts this year to intimidate Taiwan. It has sent fighter planes and bombers to fly near the island and fired missiles into the sea.

Wu elaborated that the Taiwanese people and other democracies hope that a war should not be let to happen in the region.

“If there is going to be a war, it is going to be a disaster for Taiwan. China is also going to suffer tremendously, Taiwan is not defenseless. What we want to do right now is to beef up our defense capabilities,” he said. “The war will not happen if deterrence works.”

“China is an authoritarian country and the decision-making mechanism is very closed,” Wu explained, saying that despite this, Taiwan can draw some conclusions about the Chinese government’s policy from the Communist Party Congress.

“The policy seems to be consistent with what has been going on for the last few years. Some of the policies, especially external policies and military policies, can toughen up a little bit. If we look at the language in the Taiwan part of the report delivered by Xi Jinping, several things are new to us. He said that we would never promise to give up using force against Taiwan.”

Wu also said that Xi emphasized that the Taiwan issue was an “internal matter” of China, thereby hinting at ruling out a diplomatic solution with the support or mediation of other countries.

“This is Xi Jinping’s third term; I would not expect his policies to be a sharp departure from his policies in the second term.”

Speaking on the progress the country has made, Wu said: “Taiwan has come a long way. We are so free that almost everything can happen. Just a few years back in 1996, we held the first direct and democratic presidential election and that was when the international community started to describe Taiwan as a full-fledged democracy.”

“Since the democratization of Taiwan is not that long ago, people still remember what it was like. Nowadays, people feel very proud when international institutions like Freedom House or other institutions rating freedom and democracies describe Taiwan as the freest society in East Asia. Therefore, when we are under threat when the Chinese military has been threatening us, the response from the Taiwanese people and government has been that we treasure the democratic way of our life, we treasure our freedom and we will continue to fight for our democracy and freedom.”

“What we are concerned about is more on the economic front,” Wu added, saying that the economic woes arising in China due to the government’s policies might affect the Taiwan issue.

The world’s second-largest economy grew just 3% in the first three quarters of this year, well below the annual target of around 5.5%.

“I think the further economic slowdown of the Chinese economy can be expected. What we are concerned about is when the Chinese economy is further slowing down, leading to the deterioration of the economy and social stability, when the authoritarian government is not able to handle domestic stability, the easiest way is that they might want to create an external crisis to divert domestic attention or to keep his country together. Taiwan is so conveniently located right next to China and we are concerned that Taiwan might become the scapegoat of China’s internal problems.” 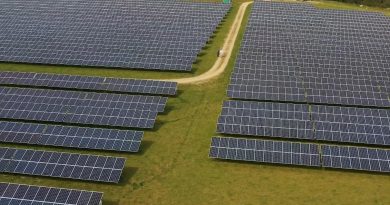 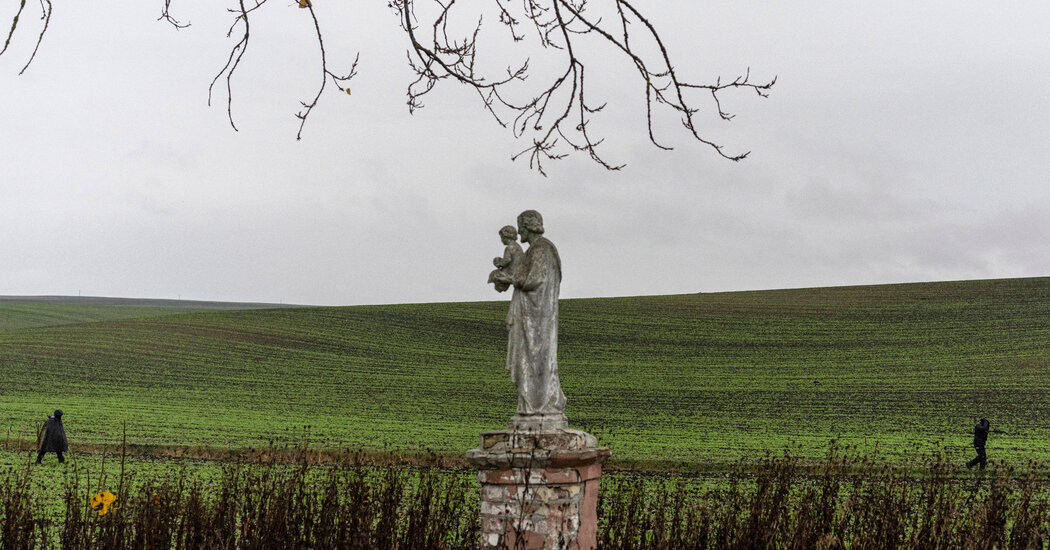 In a Polish Village, Renewed Fears of War Spilling Over From Ukraine