Imran Khan has no objection to the appointment of anyone, the new Army Chief Malik towards the election…

Rawalpindi (Daily Pakistan Online) Awami Muslim League chief Sheikh Rasheed Ahmed says that Imran Khan has no objection to the appointment of anyone, whoever comes as the new army chief, he will not carry political dirt on his shoulders and lead the country towards elections. will be done

In his tweet on the social networking site Twitter, Sheikh Rasheed Ahmed said that Nawaz Sharif wants to extend Kartik’s tenure and also wants to appoint a favorite. You cannot get 2 funs in one ticket. I am clear.

The head of Awami Muslim League said that the decision on Corona or Drona will be made in 72 hours.

He said that Bilawal, the foreign minister of the country, is threatening the president of his country. This is the result of Mange Tange’s government. But he will not take it and will lead the country towards the election, he said that the next 5 days are decisive in politics. 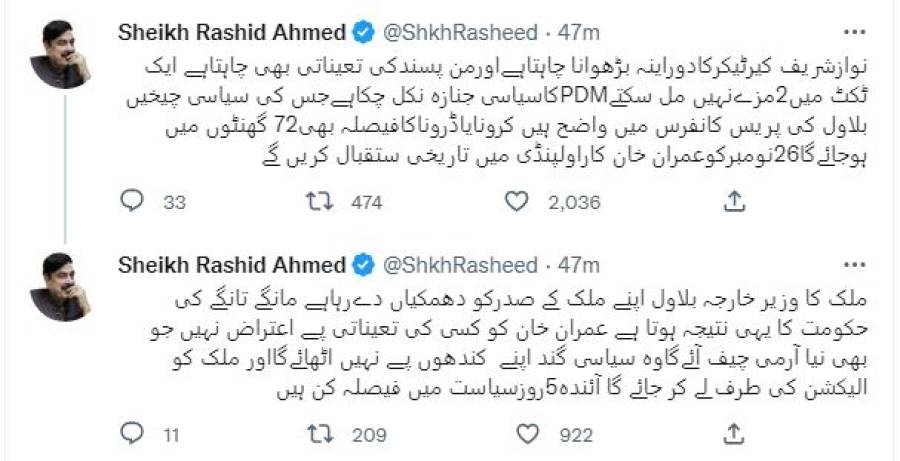 Number of people in employment in UK fell unexpectedly in March