The Defense Ministry on Sunday shared a video of its fresh air operation against the PKK terrorist group and its offshoot YPG in northern Syria and northern Iraq, near Türkiye’s southern border.

“Shelters, caves, tunnels, ammunition depots, so-called headquarters and training camps belonging to terrorists who threaten our country, nation and border security were destroyed like this!” the ministry said with video footage on the cross-border operation.

The footage includes scenes of Turkish warplanes taking off and hitting terrorist targets.

The footage came after the launch early Sunday of Operation Claw-Sword, a cross-border aerial campaign against the YPG/PKK terrorist group. The ministry said the operation was carried out in line with the right of self-defense under Article 51 of the United Nations Charter. The terrorist YPG and PKK have illegal hideouts across the Iraqi and Syrian borders where they plan attacks on Turkish soil.

Türkiye hit almost 90 YPG/PKK terror targets during airstrikes in northern regions of Iraq and Syria, near the Turkish border, the Defense Ministry also said on Sunday.

“With Operation Claw-Sword, 89 terror targets – 81 targets in the first stage and eight others this morning – including shelters, bunkers, caves, tunnels, ammunition depots and so-called headquarters and training camps belonging to terrorists, who threaten our country, nation and border security, were destroyed,” said a ministry statement.

Nearly 70 aircraft, including armed drones, took part in the operation. The warplanes took off from six different bases across Türkiye and carried out simultaneous operations against the terror targets.

“Among the terrorists neutralized in the air operation were so-called leaders of the terrorist group,” the ministry also said.

Ain al-Arab, a Syrian town near the Turkish border, was captured by Daesh in late 2014 before YPG/PKK terrorists drove them out early the following year.

Since May, President Recep Tayyip Erdoğan has warned Türkiye may launch a new operation in northern Syria.

Ankara has launched several cross-border operations into Syria since 2016 and controls some territories in the north with the goal of pushing away terrorist groups, including the YPG/PKK and Daesh, and establishing a 30-kilometer-deep safe zone. Since 2016, Türkiye has launched a trio of successful counterterrorism operations across its border in northern Syria to prevent the formation of a terror corridor and enable the peaceful settlement of residents: Euphrates Shield (2016), Olive Branch (2018) and Peace Spring (2019).

Turkish forces also launched a fresh ground and air operation, dubbed Claw-Lock, against the PKK in northern Iraq in April.

It was carried out to eliminate terrorist attacks against the Turkish people and security forces from the northern areas of Iraq and Syria, and to ensure Türkiye’s border security, the ministry said.

Türkiye will determinedly continue the fight against terrorism for the security of the country and nation until the last terrorist is eliminated, the ministry stressed.

“Our aim is to ensure the security of our 85 million citizens and our borders, and to respond to any treacherous attack on our country,” Akar said.

He stressed that only terrorists and hideouts belonging to the terrorists were targeted, saying: “The claw of our Turkish Armed Forces was once again on the terrorists.”

President Erdoğan ordered the start of the air operation upon his return from Indonesia, where he attended a G-20 summit.

The ministry also marked World Children’s Day, saying, “Even though there are those who do not want to see it, the terrorist organization PKK/YPG continues to brutally murder babies and children in this region.”

“They separated Ecrin and Yağmur, the sweetest in the world, from us. We will continue to hold the child killers accountable!” the ministry said.

In its more than 40 year terror campaign against Türkiye, the PKK – listed as a terrorist organization by Türkiye, the United States and the European Union – has been responsible for the deaths of more than 40,000 people, including women, children and infants. The YPG is the terrorist group’s Syrian offshoot.

A woman who lost family members in the recent deadly terrorist attack in Istanbul expressed support for Türkiye’s latest military operation against the PKK/YPG terrorist group in northern Syria and northern Iraq.

Speaking to Anadolu Agency (AA), Mevlüdiye Meydan, whose husband and 9-year-old daughter were among the victims of the terrorist attack, said Interior Minister Suleyman Soylu and promised her revenge.

“It has been a week since the attack in Istanbul. I am not very well, but today at least I am relieved a little. Knowing that revenge is being taken for my daughter and my husband relieved me a little bit.”

Turkish police on Sunday apprehended two people on suspicion of aiding the illegal entry into Türkiye of the perpetrator of last week’s deadly Istanbul bombing as well as Bilal Hassan, a fugitive suspect in the attack.

Sought by police for allegedly helping Hassan and confessed terrorist bomber Ahlam Albashir enter Türkiye illegally from Hatay, a Turkish province bordering Syria, the suspects, identified as Suleyman G. and Tareq A., were sent to the Istanbul Courthouse after police procedures.

Suleyman G. reportedly denied the accusations against him. Istanbul prosecutors are continuing their investigation into the Nov. 13 terrorist attack in Istanbul.

The Istanbul bombing was the deadliest in five years and evoked bitter memories of a wave of nationwide attacks from 2015 to 2017 that were attributed mostly to PKK-linked terrorists or the Daesh terrorist group. No individual or group has claimed responsibility.

Meanwhile, at least eight security personnel, including seven police officers and one soldier, were injured on Sunday by an apparent terrorist rocket attack into southeastern Türkiye near a border gate into northern Syria, according to official figures.

The rocket fired by members of the YPG/PKK terrorist group in Tal Rifaat, northern Syria, hit a Police Special Operations station located at the Kilis Oncupinar Border Gate in the Kilis province.

The terrorist YPG/PKK has illegal hideouts across the border in northern Syria – a region partially under opposition control and partially under terrorist control – where they plan and mount attacks against Türkiye.

Ambulances and security forces were dispatched to the Kilis border region. Kilis Governor Recep Soytürk later visited the wounded being treated in the hospital.

Separately, YPG/PKK terrorists in northern Syria fired four rockets into Karkamış in the southeastern Gaziantep province. The rockets hit an empty area, and an investigation of the attack has begun.

The U.S.-backed YPG said in a statement that the Turkish attacks would “not go unanswered.”

The PKK is a designated terrorist organization in the U.S., Türkiye and the European Union and Washington’s support for its Syrian affiliate has been a major strain on bilateral relations with Ankara. The YPG has controlled much of northeastern Syria after the forces of Syrian regime leader Bashar Assad withdrew in 2012. The U.S. primarily partnered with YPG terrorists in northeastern Syria in its fight against the Daesh terrorist group. On the other hand, Türkiye strongly opposed the YPG’s presence in northern Syria.

The YPG/PKK often mounts attacks on civilian areas in southern Türkiye and northern Syria’s Türkiye-backed regions from Manbij and Tal Rifaat. Furthermore, local people living in areas held by the YPG/PKK have also long suffered from its atrocities, as the terrorist organization has a notorious record of human rights abuses including kidnappings, recruitment of child soldiers, torture, ethnic cleansing and forced displacement in Syria. The YPG/PKK has forced young people from areas under its control to join the terrorist group with what it calls “compulsory conscription.” 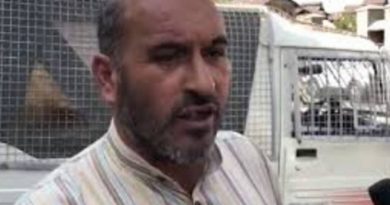 India abolished Article 35A and Article 370, but what were the benefits and which rights of Kashmiris were taken away? Details on the scene