DHAKA, Bangladesh — Two men on death row in Bangladesh for the high-profile killings of a secular author and his publisher escaped Sunday while en route to a hearing in the capital, the authorities said.

Men on motorcycles attacked police officers escorting the prisoners to court in Dhaka by spraying something in the officers’ faces before whisking the convicts away, the police said.

The prisoners were among those convicted in the murders of the Bangladeshi-American writer, Avijit Roy, in 2015 and of his publisher, Faisal Arefin Dipan, later that year. The killings represented an unsettling rise in extremist violence in Bangladesh. Another of Mr. Roy’s publishers and several intellectuals and bloggers critical of fundamentalist Islam were also killed that year.

The violence sent a chilling message to secular writers and publishers in Bangladesh, where a bitter cultural battle has raged over whether the country is, or should be, a Muslim state. The group that claimed responsibility for Mr. Roy’s and Mr. Dipan’s killings — Ansarullah Bangla Team, or Helpers of Allah in Bangladesh — was banned in May 2015.

The death sentences doled out last year for Mr. Dipan’s murder were meant to send a signal condemning religiously motivated violence and militancy. But after the brazen abduction of the prisoners — Moinul Hasan Shamim and Abu Siddiq Sohel — in Dhaka on Sunday, some commentators in Bangladeshi news media wondered about a resurgence.

A snippet of CCTV footage that was broadcast on national television Sunday showed three people on one motorcycle followed by a single rider on another motorcycle fleeing from the road where the prisoners were intercepted.

Bangladesh’s home minister, Asaduzzaman Khan, said that the men who carried off the prisoners were thought to be supporters of Ansarullah Bangla Team.

The government issued a red alert at its borders and offered a reward of one million Bangladesh taka — about $9,700 and several times the average annual income in Bangladesh — for information leading to the fugitive prisoners’ capture.

Mr. Khan said that the police were searching for the men “desperately,” and that an internal investigation had been opened to determine whether state negligence contributed to their escape.

Jyotirmoy Barua, a lawyer, said the protocols for transferring prisoners might not have been followed properly.

“There is a specific provision for bringing the accused who have been sentenced to maximum punishment in the court,” he said. “They have to be brought to the court in a highly secure manner. That was not done in this case.”

Harun Or Rashid, the chief of the detective branch of the Dhaka Metropolitan Police, said that four unidentified men turned up at the court premises as the police arrived with the prisoners.

“The unidentified men used some kind of spray on the faces of police,” Mr. Rashid said. “We have installed check posts at important points to catch them.”

Mr. Dipan was stabbed to death with machetes in October 2015 in his office in Dhaka. Earlier that year, Mr. Roy, a Bangladeshi-American known for writings critical of religious extremism, was stabbed to death on his way home from a book fair in Dhaka. Before he was killed, Mr. Roy had faced death threats from Islamic militant groups. 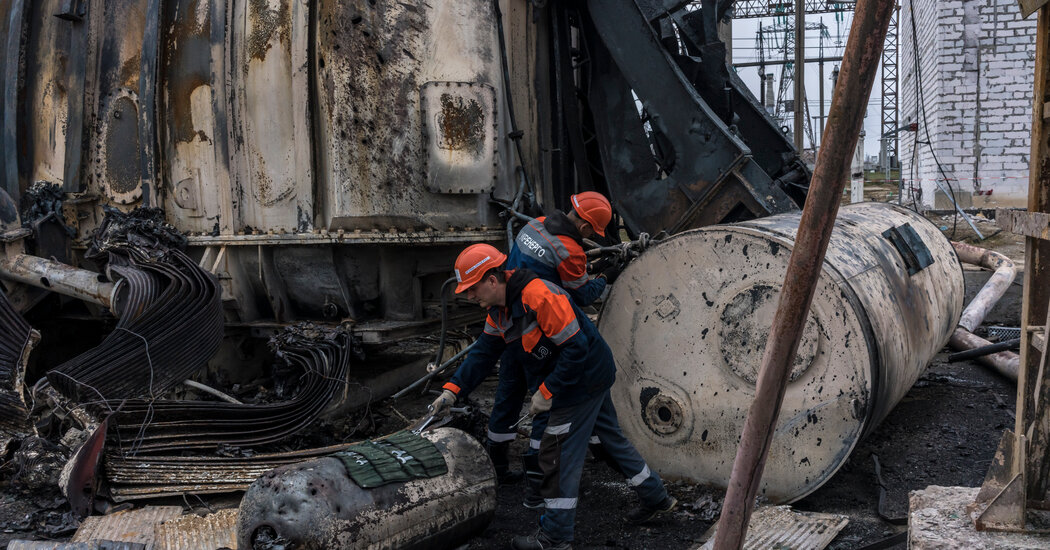 As Russian Strikes Mount, Ukraine Works to Keep the Lights On

Calls for action as Myanmar army struggles to consolidate power