The announcement will now set up the stage for a bruising Republican nomination battle with Trump’s weakening grip on the party.

“In order to make America great and glorious again, I am tonight announcing my candidacy for president of the United States,” Trump said, minutes after filing the official paperwork for his third presidential run.

Trump’s unusually early entry into the race is being seen in Washington as an attempt to get the jump on other Republicans seeking to be party flag-bearer – and to stave off potential criminal charges.

In a fiery, hourlong speech, Trump lauded – and at times inflated – his accomplishments as America’s 45th president and fired off verbal salvos against Democrat Joe Biden, who defeated him in 2020.

“I will ensure that Joe Biden does not receive four more years,” Trump vowed, while the U.S. leader greeted his announcement with a tweet saying: “Donald Trump failed America.”

Trump, who was impeached for seeking political dirt on Biden from Ukraine and again after the Jan. 6, 2021 attack on the Capitol by his supporters, launches his new bid with several potential handicaps.

He is the target of multiple investigations into his conduct before, during and after his first term as president – which could ultimately result in his disqualification.

These include allegations of fraud by his family business, his role in the attack on the Capitol, his attempt to overturn the 2020 election, and his stashing of classified documents at Mar-a-Lago.

Meanwhile, Trump’s Republicans are licking their wounds after disappointing midterms, widely blamed on the underperformance of Trump-anointed candidates, and some are openly asking whether Trump – with his divisive politics and mess of legal woes – is the right person to carry the party colors next time around.

Several possible 2024 primary rivals are circling, chief among them the governor of Florida Ron DeSantis, who bucked the tide and won a resounding reelection victory on Nov. 8.

The powerful media empire of Rupert Murdoch has already appeared to turn its back on Trump, labeling him a “loser” who shows “increasingly poor judgment.”

In his announcement speech, Trump attacked Biden over inflation, crime and immigration, mocked climate change and congratulated himself for toppling the Islamic State, keeping North Korea in check and building a border wall with Mexico.

“Under our leadership, we were a great and glorious nation. But now we are a nation in decline,” he said. “This is not just a campaign this is a quest to save our country.

“In two years the Biden administration has destroyed the U.S. economy,” he said. “With a victory, we will again build the greatest economy ever.

“The blood-soaked streets of our once great cities are cesspools of violent crimes,” he said, vowing to “restore and secure America’s borders.”

Biden has said his intention is to seek a second term – but he will make a final decision early next year.

The 79-year-old responded Wednesday to Donald Trump’s announcement of another run for the White House by saying the Republican “failed” his country while in office.

“Donald Trump failed America,” Biden said in a tweet from Bali, where he was attending the last day of the G-20 summit.

This was accompanied by a video compilation saying Trump presided over “rigging economy for rich”, “attacking health care”, “coddling extremists”, “attacking women’s rights”, and “inciting a violent mob” to try to overturn his 2020 election loss to Biden.

Trump had made denial of the 2020 election results a key litmus test for midterm candidates seeking his endorsement – but a string of defeats by loyal allies sapped his momentum for a new White House bid.

Having failed to wrest control of the Senate, Republicans appeared poised to take over the House with a razor-thin majority.

But despite his lackluster election performance, the real estate tycoon retains an undeniable popularity with the millions of grassroots supporters who have flocked to his “Make America Great Again” banner.

And though abandoned by several top donors, he has a campaign war chest of well over $100 million.

The 44-year-old DeSantis, dubbed “Ron DeSanctimonious” by Trump, had a ready reply Tuesday when asked about the former president’s attacks on him, urging “people to go check out the scoreboard from last Tuesday night.”

By throwing his hat in the ring, Trump is seeking to become just the second American president to serve non-consecutive terms – Grover Cleveland was elected in 1884, lost in 1888, and won again in 1892. 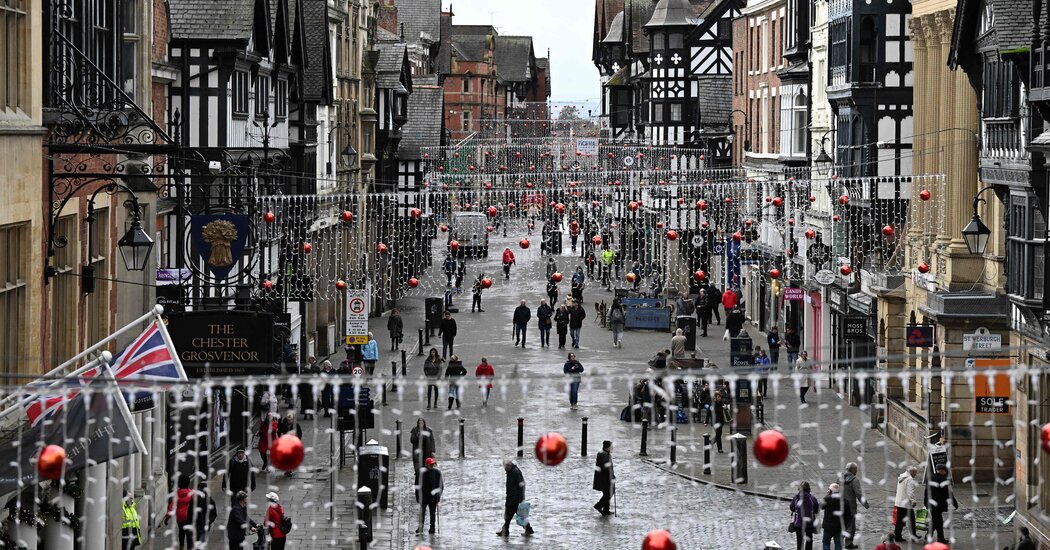 Buffeted by Economic Woes, U.K. Starts to Look at Brexit With ‘Bregret’