ROZDOLIVKA, Ukraine — Before the war arrived at his doorstep, Anton Filatov, a Ukrainian film critic, said the most dangerous thing he ever carried was a fork.

“I had never touched a weapon,” he said. “I was against war. I ran as far as I could from it.”

But as with so many other Ukrainians, the fighting found him, and his life, has become a real-life war movie. He is serving on the front lines of Ukraine’s war with Russian invaders, in some of the most contested, blood-soaked territory, caught in a theater he never imagined for himself.

In late August, he was stationed in an abandoned house in the village of Rozdolivka, in the war-ravaged Donbas region. This used to be a place where the gardens had grape vines crawling up trellises and the houses had roofs. Then the shelling began.

During one barrage, Mr. Filatov, 34, ducked into a bomb shelter, still wearing his owlish glasses. He is extremely nearsighted, minus 7, one of the many reasons his wife was shocked he was drafted.

Even with the horrors he has to squint to see, and the daily grind of being a soldier, he hasn’t given up on his writing. The opposite. Ukraine’s war has become his new material, as he delves into the fear, sorrow, rage and anxiety he is experiencing and tries to find meaning in the smallest things around him, like the mice that scurry over him while he sleeps.

In a recent text message, he wrote:

Once, during one of the heavy attacks, I sat in a dugout and watched the earth tremble. Chopped pine roots stuck out from the wall of our shelter. The sap of the tree flowed out of them. It shined like mercury and resembled tears. A few months later, I don’t remember how many explosions there were that evening or what weapons had been fired. But I clearly remember one image: how the earth wept with heavy, cold tears.

War has always provoked remarkable writing, from the Iliad onward. Norman Mailer published “The Naked and the Dead” after serving in the Pacific in World War II as a young man just out of Harvard. Bao Ninh wrote perhaps the saddest, most agonizing account of the Vietnam War, in which he narrowly survived as a North Vietnamese foot soldier, in “The Sorrow of War.”

Mr. Filatov’s blog posts on Facebook are a 21st-century version of this, and they have gained him a growing audience.

“The war opens his gifts even more,” said Alexandr Gusev, a veteran Ukrainian film critic, who was an admirer of Mr. Filatov’s film writing before the fighting and has been following his wartime blogging since.

He writes in three languages — Ukrainian, Russian and English — and in the 2010s, when Ukraine’s film industry took off, so did Mr. Filatov’s career. He saw thousands of movies, wrote hundreds of reviews and traveled the world to sit on film festival juries.

Cinema, he said, helps him “understand people,” and film criticism lets him explore his love for the movies, his interest in stories — and his talent for evocative writing.

“From the start, Anton was really noticeable,” Mr. Gusev said. “He has this ability to use his own personal emotional condition, which brings him close to his audience. He became one of the top five or six film critics in our country.”

With the 2020 Covid pandemic, cinemas in the country shut down and so did many Ukrainian publications. His wife, Elena Filatova, is also a journalist, and to help support his family, he became a content editor for Nestlé, while still writing the occasional review.

Around 5:30 a.m. on Feb. 24, his young son Platon toddled up to a window in their apartment in the Kyiv suburbs and looked down at the street. Cars were fleeing, bomb blasts were shaking the city, and the little boy started crying. The Russians had invaded.

As required, Mr. Filatov reported for military duty, thinking he’d never be chosen, but a few weeks later, he boarded a train crowded with soldiers for Donbas, where the fighting has been the fiercest.

“It’s such a paradox that a calm, peaceful man like him is forced into a situation like that,” said Britt Sorensen, a Norwegian film critic who served on a film festival jury with Mr. Filatov. “The fact that he has to fight physically for his country instead of using his intellectual capacity for the best of his country is outrageous.”

As a simple soldier, Mr. Filatov’s first task on the front was digging a pit to sleep in. The rocklike soil was so hard he had to use an ax. It took an hour just to hack away a few inches. He didn’t like living in that hole: “It’s not so nice in middle of the night when some spiders try to come into your nose,” he said.

But he didn’t stay long.

At that stage of the fighting, he and his unit were being pushed back again and again, firsthand witnesses to the Ukrainian Army’s struggles in Donbas this spring and summer.

A voracious reader, Mr. Filatov often writes about the overlap between the books he carries and the war itself.

In one blog post, he compared the underworld of a Jo Nesbo thriller, “Phantom,” to the suspicion and treachery in Donbas, where many residents support the Russian military and have worked secretly to aid them in their fight.

The settlements here are full of traitors. They walk the streets like phantoms. Restless. Invisible. Dangerous.

One night in Donbas, he saw something very unusual in the starlit sky: glowing white embers, burning bright, floating gently down, almost like flowers. “It was very beautiful,” he said. “But horrible.”

It was white phosphorous, an especially dreaded munition that burns straight through anything. He started taking anti-anxiety drugs to be able to function.

While Ukrainian forces have been doing well in the south — having just liberated Kherson, a strategically important city — Mr. Filatov predicted the fighting in Donbas “will continue for a very long time.”

He mentioned an exchange in a Donbas town, where a drunk man told him he had taken an oath of allegiance to the U.S.S.R., so how could he switch that allegiance to Ukraine?

“I said, ‘how can you be obligated by a country that doesn’t exist?’” Mr. Filatov recalled. “But a conversation with a drunk man is something very special. I don’t think he heard me.”

During a missile attack in one Donbas town, his battalion’s bookkeeper was gravely wounded, and Mr. Filatov was asked to step in.

“What I really wanted was to work with drones and maps,” he said. “But nobody asked me.”

In his new job, he trots from house to house, where Ukrainian troops are often based, and sometimes even trench to trench, carrying his AK-47 in one hand and a battered, army-issued laptop in the other. He conducts interviews with soldiers, asking them about everything from emergency contacts to their shoe size, building a database of essential information for the entire battalion.

His life before the war now seems so far away. “Quite everything that I loved, that I wanted, that I was interested in, has changed,” he said.

He used to gravitate toward art-house films, but now says that one of his Top 10 favorites is Christopher Nolan’s Hollywood blockbuster, “Dunkirk,” about which he recently wrote:

The leitmotif of this film is the hypnotizing sound of a ticking stopwatch. Here, at the front line, shelling is so intense that after every explosion, hearing disappears for tens of seconds. When the shelling stops, the hearing gradually begins to return. In one of these cases, the first thing I heard was the ticking of a clock. Exactly like in this movie. And I thought: How many of these seconds are allotted for the rest of my life? How cool is it that I’m still alive?

With death surrounding him, he has turned from someone who never had any urge to participate in combat into a man who now thinks a lot about killing.

“When I see how my friends are killed and maimed in the war, when my wife writes to me that she sits with our 2-year-old son in the basement for several hours, when my relatives tell me that they cannot work due to power outages, because the Russians bombed the power plant, I feel great anger inside me,” he said. “At such moments, I want to run into an attack on the Russians, who are standing a few kilometers from me and shoot them all.”

He has not seen his wife or his son since May 12.

“It took me a month to get over the shock,” Ms. Filatova, his wife, said. “Then the next month was just fear.”

Winter is still a month away, but it’s already sweeping across Ukraine, the cold making everything harder. Mr. Filatov sleeps in a room with a temperature slightly higher than a refrigerator. More than half his unit, he said, was “injured, sick or dead.”

In a recent voice message, he spoke softly and slowly about his own mortality:

One morning I went to the post office to receive a shipment from my family of warm clothes. They came in a big plastic bag. Then I was busy all day and took this plastic bag everywhere I went. In the evening, unexpectedly, I was asked to help our medics load a plastic bag with a casualty from our battalion. This coincidence just struck me emotionally.

A plastic bag gives you life in the morning and in the evening a very similar plastic bag takes life away. Here at war everything is guided by coincidence or accident. No one knows how the missile will fly, how the shrapnel will go or where the bullet will land. 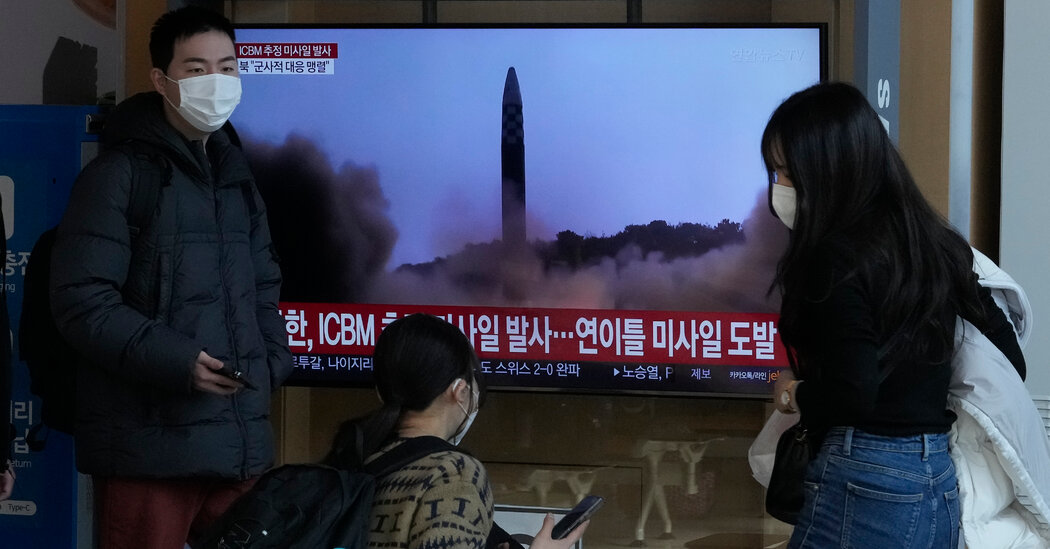 North Korea Appears to Have Launched Another ICBM, South Says 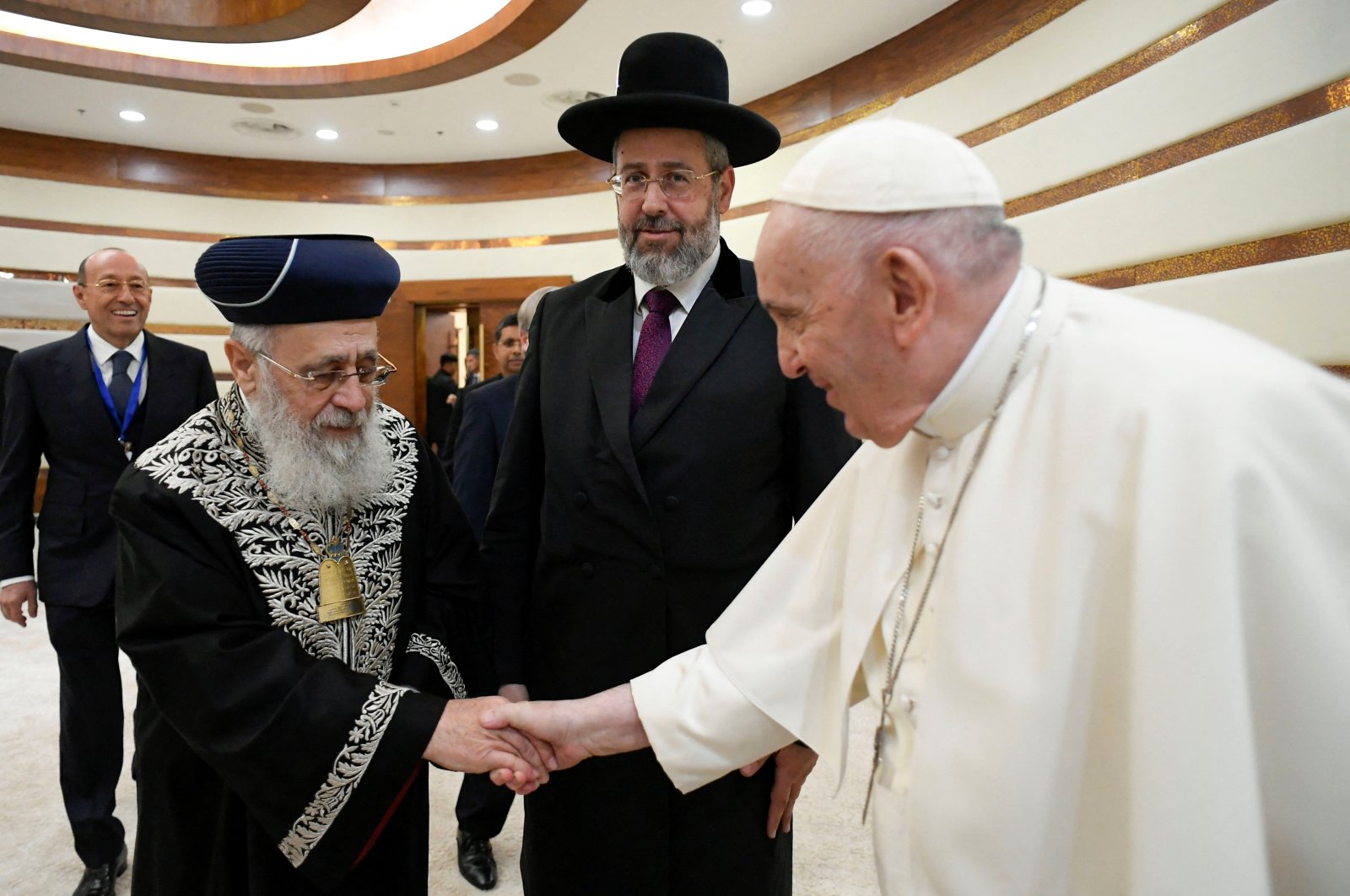