According to the private news channel Jio, these screenshots are fake, all the journalists, politicians and meds or owners involved in these screen shorts have denied such talk.

A closer look at the viral screenshots reveals that they all feature the same WhatsApp background while the conversation is between different people. Another thing that is strange is that some of the screenshots are of a dual-SIM phone. have been prepared using , which most of the nominees do not have. It is clear that yesterday in Shahzeb Khanzada’s program, the host shared the screen shorts of the Twitter interaction between Fawad Chaudhry and Umar Farooq Zahoor. 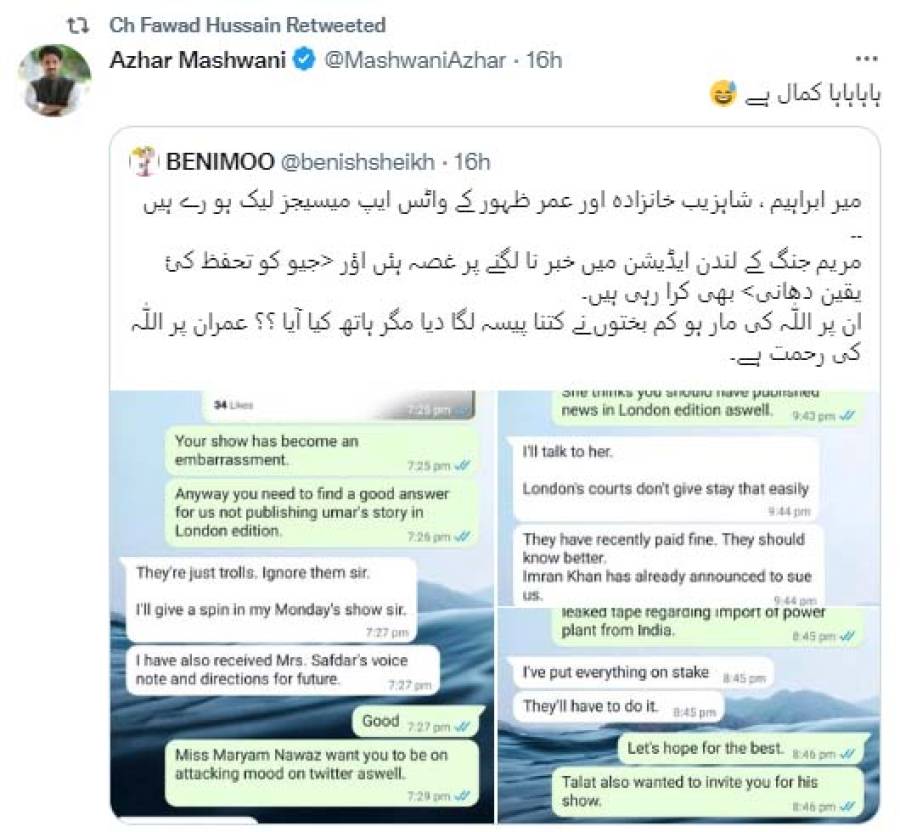