A recent investigation by Sabah newspaper has revealed that a number of German companies transferred funds to the PKK terrorist organization at the time of the deadly attack in Istanbul.

The authorities have determined that the media organs of the PKK, which carried out the treacherous terrorist attack on Istiklal Street in Istanbul and at least six citizens lost their lives and 81 people were injured, were funded by 11 German companies.

It turned out that Germany-based companies were advertising on the PKK’s Belgium-based broadcasting channels such as Medya Haber TV and Sterk TV. Also, it has been stated that the organization has earned approximately 500,000 euros ($519,000) in advertising revenue through the advertisements given to TV channels that have been making pro-PKK broadcasts from the center of Europe for years and that the companies have been determined.

Likewise, a list of German companies that provide income to the terrorist organization by advertising on Belgium-based live broadcast channels operating under the guidance of the PKK has also been compiled.

In addition, Royem Gmbh DönerProduktion, one of the companies operating in Germany and sponsoring activities such as solidarity nights, festivals, concerts and rallies organized by PKK members in Switzerland as of 2018, also funds the PKK.

For more than 40 years, the PKK – listed as a terrorist organization by Türkiye, the United States, the United Kingdom and the European Union – has been responsible for the deaths of more than 40,000 people, including women, children and infants. 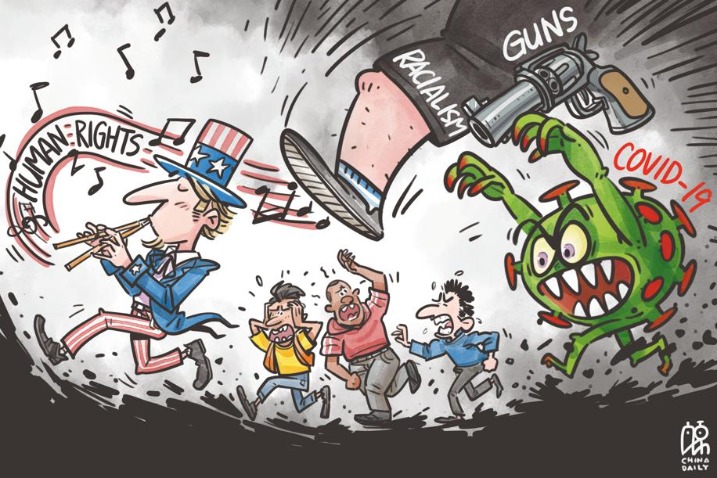 The illusion of US human rights