A German court sentenced a man on Thursday to nearly six years in prison for sending threatening, far-right messages to politicians, lawyers and journalists signed with NSU 2.0, the acronym of a neo-Nazi group, but a lawyer, who received such messages, accused German authorities of trying to cover up the neo-Nazi scandal.

A court in Frankfurt found the 54-year-old man guilty on a range of charges including inciting crime, inciting hatred, disturbing the peace, issuing threats, and assaulting a law enforcement officer, according to the news agency dpa.

The man, who was identified only as Alexander M. in keeping with German privacy rules, received five years and 10 months in prison, dpa reported.

Starting in 2018, Alexander M. sent dozens of letters via email, fax and SMS message to individuals across Germany and Austria. The letters were signed “NSU 2.0,” using an acronym for a neo-Nazi group called the National Socialist Underground.

The NSU killed eight Turkish immigrants, one Greek citizen and a German police officer between 2000 and 2007, but the murders have long remained unresolved.

Recent investigations have revealed severe failures of intelligence and the failure of police units in the eastern state of Thuringia to disrupt the group. The NSU is believed to have been founded by three far-right extremists, Uwe Mundlos, Uwe Bohnhardt and Beate Zschaepe, who lived in Thuringia in the early 1990s.

Seda Başay Yıldız, who received threat letters, was the lawyer for Enver Şimşek’s family; Şimşek was murdered in 2000 by the group.

Among those who received the letters was entertainer Jan Boehmermann, television moderator Maybrit Illner and cabaret artist Idil Baydar.

Alexander M. denied sending the letters at the trial, dpa reported. He said they were on his computer because of his membership in a chat group on the dark web.

The case comes as German security agencies have been warning of the growing threat of violent far-right extremism. Germany’s domestic intelligence service said this summer that the number of people active in the right-wing extremist scene in Germany has risen to 33,900.

A series of high-profile attacks by right-wing extremists have also drawn attention to the issue in recent years.

In July 2019, a regional politician from former Chancellor Angela Merkel’s party was killed by a neo-Nazi. Three months later, a gunman tried to force his way into a synagogue on Yom Kippur, killing two people. And in early 2020, a right-wing extremist killed nine people of immigrant backgrounds at two hookah bars in central Germany.

“Several right-wing police officers were most probably involved in death threats sent to me and my family. But so far none of them have been brought to justice. Instead, the prosecutors claim that the threatening letters were sent by one suspect, an unemployed IT technician,” said Başay-Yıldız.

The prominent Turkish-German lawyer has received two dozen threatening messages since 2018, all of them signed with the neo-Nazi alias “NSU 2.0.”

“These threatening messages have been really serious. They included the name of my 20-month-old daughter and my home address, which was only known by my family members. They threatened me by saying they would kill my daughter, saying they already have my address,” she said.

After initial investigations, five police officers in Frankfurt were suspended in 2018, but they denied any involvement with the death threats, and prosecutors did not file any charges against them.

Instead, Frankfurt prosecutors concluded in 2021 that all these threatening messages and letters were sent by an unemployed IT technician living in Berlin.

The far-right extremist, Alexander Horst M. called police stations, introduced himself as an officer, and accessed information belonging to the lawyer, prosecutors claimed.

But Başay-Yıldız said this was highly unlikely, as investigations have revealed that very detailed searches were done of her personal records on the police computer, which indicates active involvement by one or several police officers.

“Investigations have shown that someone at the police station searched information about my child on the police computer. And only 90 minutes after that, somebody sent me a threatening message under the name NSU 2.0.,” she said.

Başay-Yıldız also underlined that although she changed her residence after getting the first death threats, neo-Nazis later sent her new messages which included her new address.

According to Başay-Yıldız, several police officers suspended in 2018 were probably involved in sending these death threats.

They were suspended after an investigation found that they were members of right-wing chat groups and shared neo-Nazi content, including depictions of Adolf Hitler, swastikas and other symbols, which are banned in Germany.

“These police officers were suspended four years ago, but they still haven’t been brought to justice,” Başay-Yıldız said.

“Apart from these threats against me, what these police officers shared on these chat groups are criminal acts. But they haven’t been brought to justice yet. This alone shows that authorities aren’t doing a serious job,” she added.

Başay-Yıldız is a prominent figure in Germany, where she was born and raised, and is known for her efforts to shed light on the racist murders of the NSU.

She represented families of the Turkish victims during the high-profile NSU trial between 2013 and 2018.

For many years, Germany’s police and intelligence services ruled out any neo-Nazi motive for these murders and instead treated immigrant families as suspects, questioning them over alleged connections with mafia groups and drug traffickers.

The German public first learned of the NSU’s existence and its role in the murders back in November 2011, when two members of the group reportedly committed suicide after an unsuccessful bank robbery. The police found evidence in their apartment showing that they were behind the murders.

After the five-year trial, in 2018 the group’s only known surviving member Beate Zschaepe was sentenced to life in prison by Munich’s Higher Regional Court.

During the trial, Zschaepe declined to give any insight about the NSU and tried to lay the blame on the two other members of the terror group.

While recent revelations have shown that Germany’s domestic intelligence agency had dozens of informants who had contacts with these neo-Nazis, officials insisted that they had no prior information about the existence of the NSU terror group and its role in the murders.

Many experts today dispute the claim that the NSU was only an “isolated cell” of three far-right extremists, stressing that it must have had ties to a larger network of neo-Nazis across the country.

France’s Lafarge pleads guilty to working with Daesh in Syria 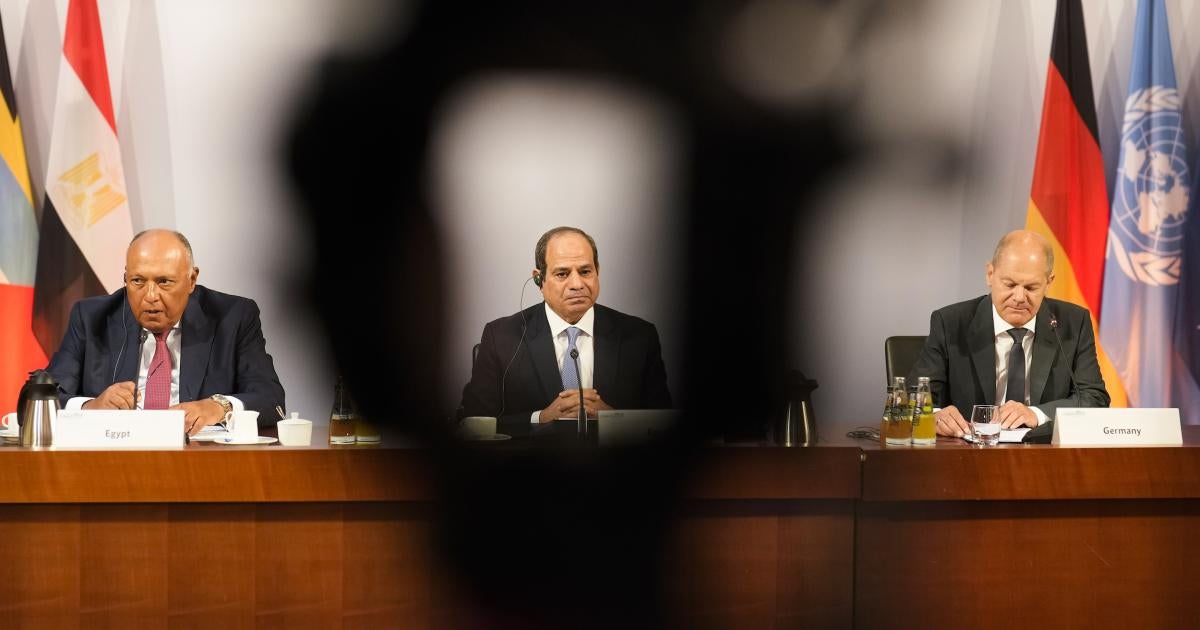 Egyptian Government Hides Behind UN Ahead of COP27

The new Iraqi law is a “major step” in helping female victims of ISIS, but more must be done