ISTANBUL — The Biden administration has declared that Crown Prince Mohammed bin Salman of Saudi Arabia should be granted immunity in a U.S. legal case over his role in the murder of the Saudi dissident Jamal Khashoggi, effectively blocking yet another effort to hold the kingdom’s leader accountable for the grisly crime.

Mr. Khashoggi was a well-known Saudi journalist who fled Saudi Arabia for the United States and published columns in The Washington Post criticizing Prince Mohammed’s policies. In October 2018, he was killed and dismembered by a team of Saudi agents inside the Saudi consulate in Istanbul, where he had gone to obtain papers he needed to marry his Turkish fiancée. U.S. intelligence concluded that Prince Mohammed had ordered the operation.

Prince Mohammed, 37, became prime minister in September, formalizing the power he had wielded for years as the country’s de facto ruler, although his elderly father, King Salman, remains the official head of state. In a letter to the Justice Department on Thursday, the State Department said Prince Mohammed should be “immune while in office” as the head of the Saudi government, referring to his role as prime minister.

Prince Mohammed has said repeatedly that he had no prior knowledge of the plot, though he has also said he accepted symbolic responsibility for it as the nation’s de facto ruler.

The letter said that the State Department did not take a position on the suit itself and reiterated “its unequivocal condemnation of the heinous murder” of Mr. Khashoggi. But it asked the Justice Department to formally request that the federal court in Washington, where the case was filed, grant Prince Mohammed legal immunity. The final decision will rest with the presiding judge.

The action by the Biden administration angered human rights activists, who say that failing to punish Prince Mohammed, widely known as M.B.S., for the killing of a high-profile journalist could encourage other autocrats to do the same.

“Caving into M.B.S.’ immunity ploy — when silence was an option for the administration — not only rewards M.B.S. for his intransigence, including continued attacks on activists in the U.S., but signals GO to tyrants around the world,” Sarah Leah Whitson, the executive director of DAWN, a human rights group co-founded by Mr. Khashoggi, wrote on Twitter.

If autocratic leaders have oil and money, Ms. Whitson wrote, “You’re safe, whatever your crimes.”

There was no immediate comment from the Saudi government.

Following Mr. Khashoggi’s murder, Saudi officials denied for weeks that they knew where he was, but then eventually acknowledged that their agents had killed him.

While campaigning in the U.S. presidential election, Mr. Biden vowed to treat Saudi Arabia as a “pariah.” Once in the White House, he approved the release of a C.I.A. assessment that concluded that Prince Mohammed had ordered the operation that led to Mr. Khashoggi’s killing.

Frustrated by the lack of action against Prince Mohammed, Mr. Khashoggi’s Turkish fiancée, Hatice Cengiz, and DAWN sued him and his top aides in a Washington federal court.

Prince Mohammed’s lawyers argued that he enjoyed what is known as “sovereign immunity” as the head of government. The judge asked the United States government to respond, which it did in the letter sent on Thursday.

The administration was not obliged to voice an opinion and could have stayed silent.

Prince Mohammed’s appointment in September as prime minister, made by his father the king, was unusual, requiring an exception to the kingdom’s basic law, which states that the king is the prime minister.

Prince Mohammed’s opponents pointed out that his appointment brought little practical change, since he already had oversight of the kingdom’s key portfolios, including oil policy, investment, domestic security and defense.

But being officially named prime minister, they noted, could offer a clearer path to legal immunity abroad than his position as crown prince. 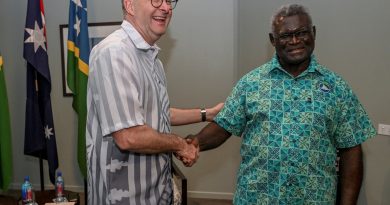