PROGRESS Wrestling has addressed its upcoming event in Dubai which is surrounded in controversy with fans criticizing the UAE for its human rights issues, especially toward the LGBTQ+ community.

Check out the full statement from PROGRESS Wrestling:

PROGRESS Wrestling has always prided itself on being slightly edgy, unconventional and seen as a promotion that does not shirk any challenges.

We want PROGRESS Wrestling to be not only the best professional wrestling promotion it can be but also a platform that can support and empower positive change.

Our first show in Dubai, “Sons & Daughters of the Desert” in December, sums up this challenge and the delicate approach we need to take for a very sensitive issue.

The opportunity to host an event in Dubai was taken with much consideration and planning, and with the intention to provide our fans both in the UK and across the world with the chance to watch our brand.

We acknowledge this may not be an obvious place to host a PROGRESS Wrestling show, but then again, we pride ourselves on not being an obvious promotion and we are always looking at new and exciting opportunities to continue to grow alongside keeping true to our roots and values.

In the past 12 months, PROGRESS Wrestling has seen the new management team of Martyn Best and Lee McAteer take over the company, and with the help and support from many behind the scenes, and thousands of loyal fans and talented wrestlers, together we have helped restore the promotion after a very tough period for PROGRESS Wrestling with the combined impact of the pandemic and the background of Speaking Out.

Our number one priority has and will always remain the same – we want all of our shows to be a welcoming and safe place for people to come, and we’ve held many great shows this year including “Everything Patterned” (exclusively with wrestlers of colour) and “Who Run the World?” (our first all-female show).

In wishing to explain their aims, Martyn Best and Lee McAteer said: “We are fortunate to have a distribution platform and a vibrant and vocal fan group that can help educate others around the world beyond just the sheer joy of professional wrestling. It’s really important to us both that we help make a positive impact through cultural exchange and deeper understanding and our personal business experiences reflect that. By performing in Dubai we feel we can help support and gain a better understanding of important issues close to our hearts that we know are close to yours, ensuring that everyone does indeed feel welcome.

“Change around the world does not happen by just words alone, but by actions.

“We feel that we can help question set beliefs and to help empower further change using our own standards and distribution channels to bring awareness of a complex issue.

“Throughout this year, we have built up a very strong relationship with WrestleFest DXB in Dubai, their leading wrestling promotion, entirely independent and owned and managed by a Dubai national, Mohammad Al Shehhi, who as Shaheen is their Dubai World Wrestling champion, and became the first Emirati to wrestle overseas.

“Moe has held a number of events this year, including their “Equal Measures” show and they have featured a number of wrestlers who have performed at PROGRESS Wrestling and they became the first show to headline with women wrestlers in Dubai. We have had overwhelmingly positive feedback from all of the talent that we have spoken to who have recently performed in the region and we saw an opportunity to be a part of this long-term change.

“Our ambition is to continue to rebuild PROGRESS Wrestling, and in past years the company had travelled to Germany, Australia and USA to help promote the brand and raise their world wide reputation, and we want to restore that global awareness in other areas, and we needed to start somewhere.

“The opportunity arose for us to have a show in Dubai, fully funded by ourselves, not by any government or council, in which we can showcase our Women’s division on a global stage. Not only that, but we can build upon Moe’s efforts by not only having the first ever Women’s World Championship match in the area, but having the show hosted by a woman.

“Our Women’s World Championship match, as one of our two female matches on the card will only be finalised after our next show but we are confident that whichever four women represent PROGRESS they will all help change perceptions in a tremendously positive fashion.

“In addition, whilst in Dubai we will be engaging with a number of local schools to showcase to the youngsters what can be achieved, and how gender barriers, prejudices and feelings can be overcome. We will also be recording a documentary of our time in Dubai, and our aim will be to bring a greater sense of awareness and understanding to the change that is actually happening.

“We hope to be a symbol of expression for people in Dubai, and for us and our talent to play some small part in the progress that needs to, and is talking place.

“We do fully appreciate and recognise that the world is not perfect, and that change can be frustratingly slow – but we also believe that only by being actively involved in the direction of travel, and showing by our actions what is possible, can long term benefits and change be delivered.

“We cannot address every injustice in the world, but we hope by focussing on one area that is very important to us, we can help make a small difference, and help show others what may be possible.

“We do recognise that this may bring criticism, but we want to be judged on the results of our actions, and not just by the views of those not as well informed. This is not mere lip service to a very serious issue, but a sincere attempt for us to bring a different perspective.

“Sometimes it is not an easy road to take, and we hope these words have helped dispel some misconceptions over our reasons for taking a show to Dubai. We have not called it “Sons & Daughters of the Desert” without reason. 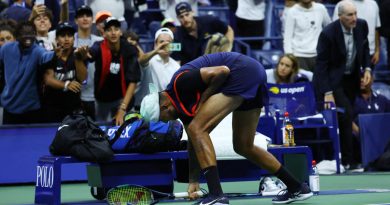