House Speaker Nancy Pelosi said Thursday that she will not seek a leadership position in the new Congress, a pivotal realignment making way for a new generation of leaders after Democrats lost control of the House to Republicans in the midterm elections.

Pelosi, 82, announced in a spirited speech on the House floor that she will step aside after leading Democrats for nearly 20 years and in the aftermath of the brutal attack on her husband, Paul, last month in their San Francisco home.

The California Democrat, who rose to become the nation’s first woman to wield the speaker’s gavel, said she would remain in Congress as the representative from San Francisco, a position she has held for 35 years, when the new Congress convenes in January.

“Now we must move boldly into the future,” Pelosi said.

“I will not seek reelection to Democratic leadership in the next Congress,” Pelosi noted. “For me, the hour has come for a new generation to lead the Democratic caucus that I so deeply respect.”

Pelosi received a standing ovation after her remarks, and lawmakers and guests one by one went up to offer her hugs, many taking selfies of a moment in history.

In a statement, President Joe Biden called Pelosi “the most consequential speaker of the House of Representatives in our history.”

He said Pelosi’s response to last year’s attack on the U.S. Capitol by a mob of former President Donald Trump supporters proved her to be a “fierce defender of democracy.”

It’s an unusual choice for a party leader to stay on after withdrawing from congressional leadership but one befitting of Pelosi, who has long defied convention in pursuing power in Washington.

Pelosi recapped her career, from seeing the Capitol the first time as a young girl with her father, a former congressman and mayor, to serving as speaker alongside U.S. presidents and doing “the people’s work.”

“Every day I am in power of the majestic miracle of American democracy,” she said.

Democrats cheered Pelosi as she arrived in the chamber at noon. On short notice, lawmakers filled the House, at least on the Democratic side, and Senate Majority Leader Chuck Schumer joined. The Speaker’s Gallery filled with Pelosi staff and guest. Some Republicans, including some newly-elected members, also attended.

Schumer exchanged a long hug and kiss on the cheek with the speaker shortly after she finished her speech.

Earlier, Pelosi had noted in a statement after The Associated Press (AP) called control of the chamber that, in the next Congress, House Democrats will have “strong leverage over a scant Republican majority.”

The first woman to become speaker, and the only person in decades to be twice elected to the role, she has led Democrats through consequential moments, including passage of the Affordable Care Act with President Barack Obama and the impeachments of Trump.

Pelosi recounted working with three American presidents – Republican George W. Bush and Democrats Obama and Biden – but did not mention Trump, who was impeached twice by the House under her leadership. But she alluded to the Jan. 6, 2021 attack on the Capitol by Trump’s supporters.

“American democracy is majestic, but it is fragile. Many of us here have witnessed our fragility firsthand, tragically in this chamber. And so democracy must be forever defended from forces that wish it harm,” she said.

By announcing her decision, Pelosi could launch a domino effect in House Democratic leadership ahead of internal party elections next month as Democrats reorganize as the minority party for the new Congress.

Pelosi’s leadership team, with Majority Leader Steny Hoyer of Maryland and Democratic Whip James Clyburn of South Carolina, has long moved as a triumvirate. Hoyer and Clyburn are also making decisions about their futures.

All now in their 80s, the three House Democratic leaders have faced restless colleagues eager for them to step aside and allow a new generation to take charge.

Democratic Reps. Hakeem Jeffries of New York, Katherine Clark of Massachusetts and Pete Aguilar of California have similarly moved as a trio, all working toward becoming the next generation of leaders.

Jeffries could make history if he enters the race to become the nation’s first Black speaker of the House.

The current No. 2 House Democrat, Hoyer endorsed Jeffries for the party’s leadership post and said he also would not seek a leadership job in the next Congress.

One idea circulating on Capitol Hill was that Pelosi and the others could emerge as emeritus leaders as they pass the baton to new Democrats.

Clyburn, the highest-ranking Black American in Congress, has said he has no interest in being speaker or leader of the minority at this point in his life but expects to stay in Congress next year.

“I do wish to remain at the leadership table,” Clyburn said a week after the midterms. “As to what capacity that will be, I will leave that up to our Democratic caucus.”

Hoyer has not spoken publicly of his plans.

First elected in 1987, Pelosi has been a pivotal figure in American politics, long ridiculed by Republicans as a San Francisco liberal while steadily rising as a skilled legislator and fundraising powerhouse. Her own Democratic colleagues have intermittently appreciated but also feared her powerful brand of leadership.

Pelosi first became speaker in 2007, saying she had cracked the “marble ceiling,” after Democrats swept to power in the 2006 midterm elections in a backlash to then-President George W. Bush and the wars in Iraq and Afghanistan.

When she was poised in 2018 to return as speaker, in the Trump era, she vowed “to show the power of the gavel.”

Pelosi has repeatedly withstood leadership challenges over the years and had suggested in 2018 she would serve four more years as leader. But she had not discussed those plans more recently.

Typically unsentimental, Pelosi let show a rare moment of emotion on the eve of the midterm elections as she held back tears discussing the grave assault on her husband of nearly 60 years.

Paul Pelosi suffered a fractured skull after an intruder broke into their home in the middle of the night seeking the Democratic leader. The intruder’s question – “Where is Nancy?” – echoed the chants of the pro-Trump rioters at the Capitol on Jan. 6, 2021, as they hunted for Pelosi and tried to stop Congress from certifying Joe Biden’s election victory over Trump.

David DePape is being held without bail on attempted murder and other charges in what authorities said was a political attack. Police said DePape broke in and woke up Paul Pelosi, and the two struggled over a hammer before DePape struck the 82-year-old on the head.

Paul Pelosi was hospitalized for a week but is expected to recover, though his wife has said it will be a long haul.

At the time, Speaker Pelosi would not discuss her political plans but would only disclose that the attack on her husband would impact her decision.

Historians have noted that other consequential political figures had careers as rank-and-file members of Congress, including John Quincy Adams, the former president, who went on to serve for nearly 18 years in Congress. 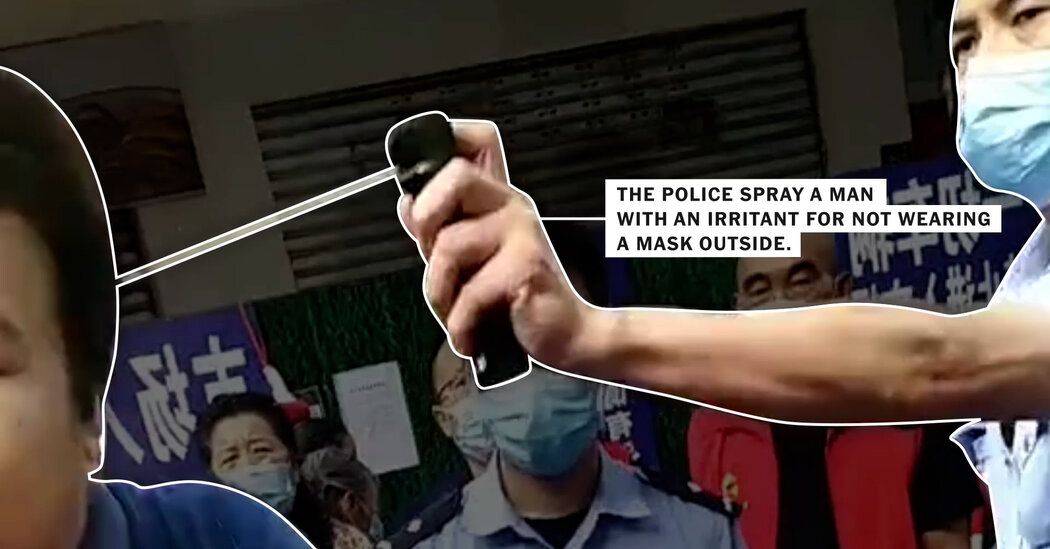 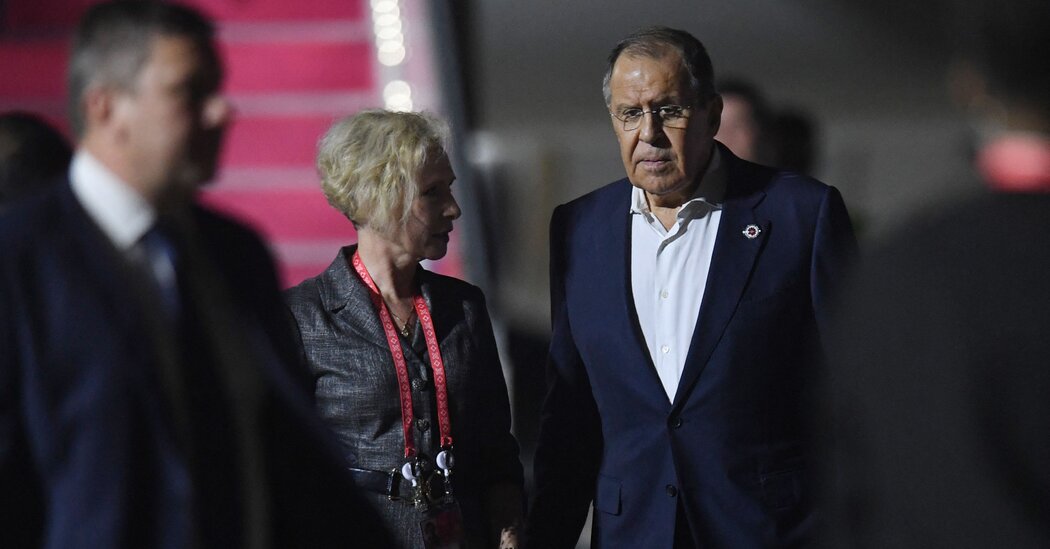 Russia’s Foreign Ministry denies a report that Lavrov was hospitalized in Bali. 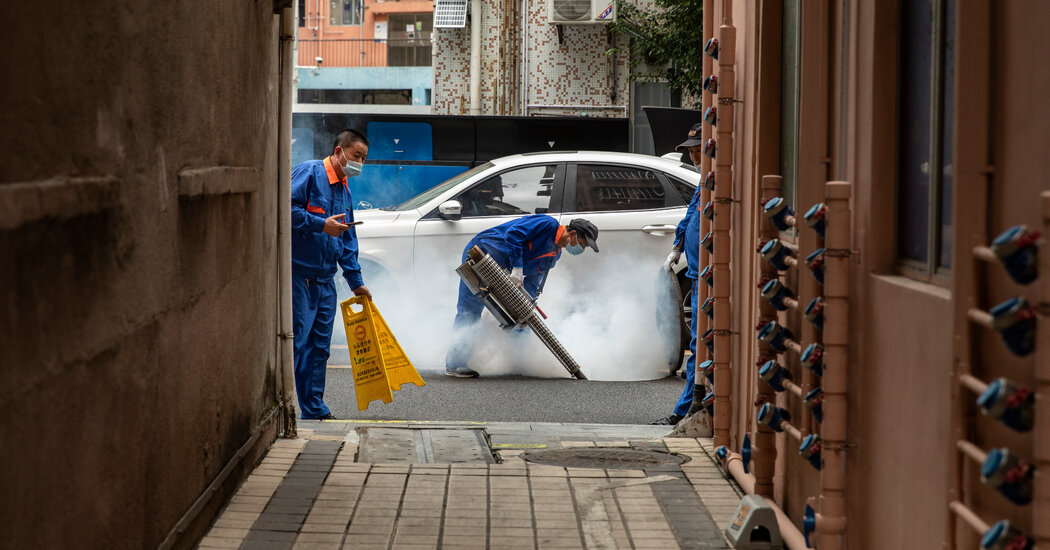 This Is What China’s Renewed War on Covid Looks Like