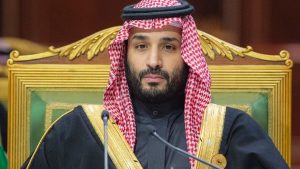 However, reason behind postponement of the visit was not mentioned in the reports.

The Saudi Crown Prince and Prime Minister was expected to visit Pakistan later this month.

During the visit Pakistan hoped to get a $4.2 billion bailout package, and numerous Pakistan-Saudi petroleum agreements are being finalised for signing.

The Saudi Kingdom will also assist in the establishment of a modern oil refinery in Gwadar at a cost of 10 billion dollars while the Chinese companies will run the refinery’s operations after the completion of the project.

Plans underway to bring salmon back to Victoria’s Bowker Creek