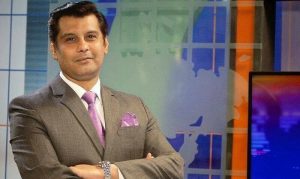 The autopsy report has also been shared with Kenyan authorities, sources revealed. The report revealed that Arshad Sharif had marks of torture and bruises on his body, while his fingernails were also pulled out.

Talking to Bol News, Javeria Siddique said she contacted the PIMS administration and they said that the forensic test was taking time for the post-mortem report to be completed.

She said Arshad Sharif’s mother could tell how many pages were missing from the post-mortem report sent by Kenya. She said she had received a six-page report only.

On broadcasting pictures of Arshad Sharif by an anchorperson of a local TV channel, Javeria said the anchorperson and TV channel had apologized from the family.  “I was shocked to see the pictures. PEMRA should not allow showing such pictures,” she said.

Javeria Siddique, who herself is a journalist, said she was under immense pressure, hence she appealed to the chief justice of Pakistan to see the matter and provide her justice.

A controversial new revelation surfaced in the case of the murder Arshad Sharif after it was reported that he was tortured for hours before being killed.

Before the murder, Arshad Sharif was tortured for three hours and his nails were removed, while his fingers and ribs were also broken. The bullets were fired at close range from the vehicle and the killing was premeditated, it has been revealed.

The family of Arshad Sharif had decided to conduct a second postmortem report at PIMS after his body arrived to Pakistan from Nairobi. An earlier report had stated that Arshad died from two shots fired from a distant range which hit his skull and shoulder.

China-Pakistan COVID-19 Cooperation – Chinese have done wonders by not only controlling the spread of the virus but also developing the most effective vaccines: Major general Aamer Ikram