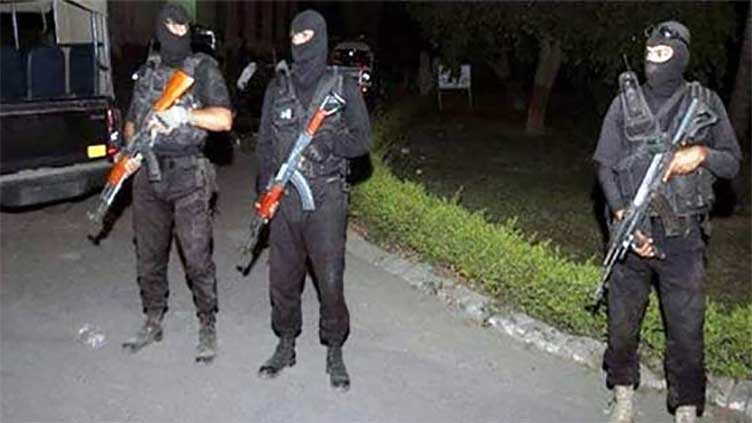 The CTD spokesperson said that two alleged terrorists of a banned outfit were arrested in Quetta. The raiding team recovered grenades and sabotage material from their possession.

In another raid, CTD officials nabbed two terrorists during an intelligence-based operation (IBO) in Hub. The arrested men were allegedly involved in the killings of a journalist Shahid Zehri and a tribal elder, the spokesperson added.

Earlier in the day, the Counter-Terrorism Department and a law enforcement agency conducted a joint raid on a tip-off in Chaman and defused bombs planted in two motorcycles.

The CTD spokesperson said in a statement that a joint raid was conducted with a law enforcement agency at a house on Rehman Kahul Road in Chaman.

The raiding team recovered bombs planted in two motorcycles inside the house. The Bomb Disposal Squad (BDS) was called to the scene who defused the bombs.

A case was lodged by the Counter-Terrorism Department (CTD) against unidentified terrorists.

My Prison Workouts Have An Invisible Benefit: A Stronger Mind

In Sheikhupura, the accused allegedly killed his sister-in-law and neighbor in the name of honor

Under the guise of spa center, 11 people including 9 prostitutes were arrested